Lila Bowen (aka Delilah S. Dawson) is joining us today to talk about her novel Wake of Vultures. Here’s the publisher’s description:

A rich, dark fantasy of destiny, death, and the supernatural world hiding beneath the surface.

Nettie Lonesome lives in a land of hard people and hard ground dusted with sand. She’s a half-breed who dresses like a boy, raised by folks who don’t call her a slave but use her like one. She knows of nothing else. That is, until the day a stranger attacks her. When nothing, not even a sickle to the eye can stop him, Nettie stabs him through the heart with a chunk of wood, and he turns into black sand.

But her newfound ability is a blessing and a curse. Even if she doesn’t understand what’s under her own skin, she can sense what everyone else is hiding — at least physically. The world is full of evil, and now she knows the source of all the sand in the desert. Haunted by the spirits, Nettie has no choice but to set out on a quest that might lead to her true kin… if the monsters along the way don’t kill her first. 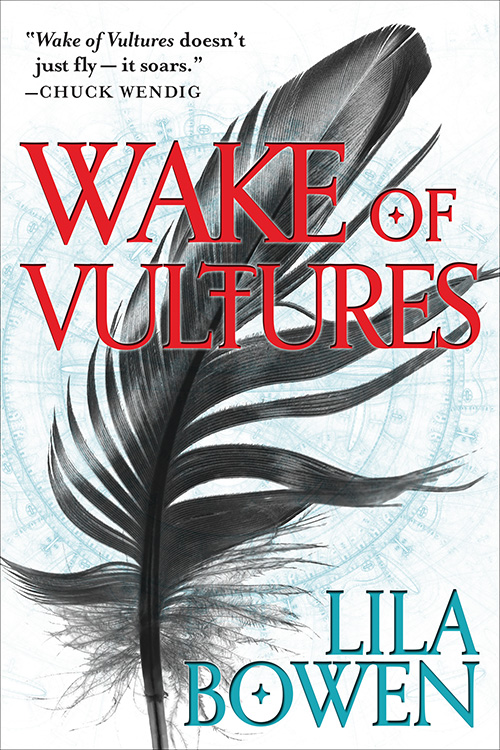 So here’s my problem: I’ve never been punched in the face.

I studied muay thai for several years, and one thing always bothered me: The guys were too easy on me. Whether we were practicing kicks or punches or sparring, they always hit me too softly, hung back to let me attack first, and gave me patronizing smiles when I landed a bruising kick. And that just made me hit them all the harder as punishment.

In Wake of Vultures, I’m unusually cruel to Nettie Lonesome, the main character who begins as a slave girl and chooses to live as a man, a Texas Ranger, and a monster hunter. But I wanted to give her that moment of satisfaction I never had in all my sparring days.

All in one swift motion, Hennessy sat up and clocked her in the jaw with a brawny fist. Nettie fell over on her back, seeing stars, and he climbed to his feet to stare down at her, hands on his hips.

“What the Sam Hill was that for?” she asked, sitting up slowly and rubbing her aching jaw.

“Because if you’re going to play at being a boy, I’m damn well going to treat you like a man. A feller causes me this much trouble, I find that punching him in the face makes me feel a lot better.”

He held out a hand to pull her up, and when she stood, they eyed each other warily.

“I can live with that,” Nettie said with a nod.

Being punched in the face is the best thing that’s ever happened to Nettie. In my alternate 1800s Texas, called Durango, she was born half black and half native and found by folks who use her as a slave—while never telling her what a slave was. She’s been used, abused, and beaten, but never treated as a human being. For all the scars on her back, getting clocked in the jaw by Hennessy means she’s exactly what she wants to be, what she sees herself as: a capable equal. Not a weak girl to be pitied, not an attractive woman to be used, not a minority to be looked down upon, not a servant to be exploited.

Part of the beauty in writing an ignorant shut-in is that your character doesn’t have a full understanding of the prejudice and cultural standards rampant in their current society. Raised in seclusion on the frontier by people who didn’t see her as human, she’s never heard of homosexuality and therefore has no qualms about her own attraction to both men and women. She sees dressing as a man as a practical choice and considers the aesthetic trappings of women to be foolish. Her only role models for women are unhappy wives and the whores at the bordello, so putting on pants and a gun belt is a smart decision. Even though Nettie starts out far from free, her mind is oddly unfettered, which is what allows her to be herself in a world in which she would’ve faced derision and scorn.

Although I definitely don’t want to be punched in the face, it felt good to give Nettie that bruise. And don’t worry—she gives as good as she gets and immediately punches Hennessy for calling her a liar. “Kill what needs to die,” is a theme of the book, and so is, “Punch who needs to be punched.”

Wake of Vultures on

Delilah S. Dawson is the author of the Blud series, Servants of the Storm, Hit, Star Wars: The Perfect Weapon, a variety of short stories and comics, and Wake of Vultures, written as Lila Bowen. She teaches writing classes online at LitReactor and lives in the north Georgia mountains with her family, a floppy mutt named Merle, and a Tennessee Walker named Polly. Find her online at www.whimsydark.com.