Camille Griep is joining us today with her novel Letters to Zell. Here’s the publisher’s description:

Everything is going according to story for CeCi (Cinderella), Bianca (Snow White), and Rory (Sleeping Beauty)—until the day that Zell (Rapunzel) decides to leave Grimmland and pursue her life. Now, Zell’s best friends are left to wonder whether their own passions are worth risking their predetermined “happily ever afters,” regardless of the consequences. CeCi wonders whether she should become a professional chef, sharp-tongued and quick-witted Bianca wants to escape an engagement to her platonic friend, and Rory will do anything to make her boorish husband love her. But as Bianca’s wedding approaches, can they escape their fates—and is there enough wine in all of the Realm to help them?

In this hilarious modern interpretation of the fairy-tale stories we all know and love, Letters to Zell explores what happens when women abandon the stories they didn’t write for themselves and go completely off script to follow their dreams. 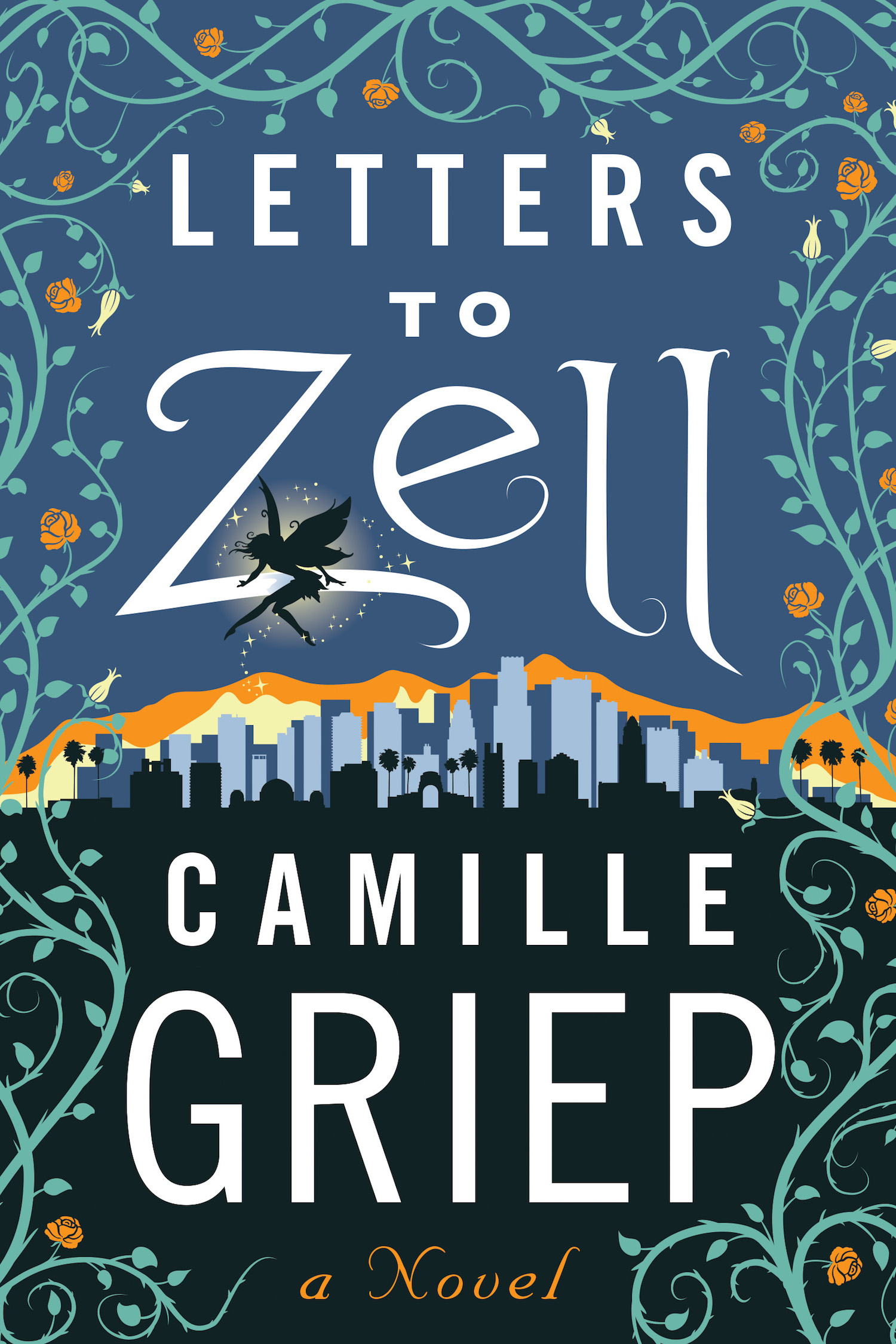 A reader might stumble upon Letters to Zell and wonder to herself, Is the entire novel in letters? Who is this Zell whose mail we’re snooping through? Why would anyone want to start a unicorn preserve? The answers (yes, Rapunzel(l), and I’m not altogether sure) will be revealed once the reader has finished the book. But because the epistolary structure of this novel is uncommon these days, I’d like to take this opportunity to explain why the letters themselves are my favorite bit.

This book, my first novel, is a declaration of love to friendship as well as a paean to correspondence between friends.  Though it is a somewhat polarizing choice in terms of structure – requiring much of a reader’s concentration – I realized, after several false starts, the only way I could correctly tell the stories of these three women was to put the reader at the receiving end of a fairy tale mailbox.

See, once upon a time, in a land called Montana, a nine or ten year old Camille Griep had a favorite friend named Lizzy who moved to Pennsylvania. Back then, Lizzy might as well have moved to the moon. But soon Camille learned to console herself with the letters sent back and forth for a few years, sharing their lives and thoughts and, of course, woes – parental, scholastic, boy-related. Their interests and personalities eventually diverged, ceding to the more immediate demands of adolescence.  But the power of letters was seared into her heart, all those many years ago.

But that’s quite enough of the third person. After I moved to California for college, letters shored up the homesickness that gripped me for the first several months. I wasn’t sure I’d survive being so far away from my family and friends. Receiving mail made such a lasting impression that, to this day, I still dream about getting my mail at the campus post office (aptly named Story House).

I spent college summers in the Absaroka-Beartooth Wilderness at a camp 30 miles from the nearest tiny town post office. The mail truck came three times a week and we sat up for mail call as if instead our names were being called for The Price Is Right. I’d secret my letters to the quietest place I could find and read them with the roar of the Boulder River in the background.

Throughout the years, letters allowed me to deepen friendships, gossip, laugh, cry, engage, sympathize, empathize, and even fall in love. Within letters we wrote as our best selves, responsible for putting a picture of our day, our week, our countenance on the page. Responsible for illustrating life and emotions with canvases made of words.

The core of Letters to Zell is three women navigating the expectations of adulthood. I wanted to turn these expectations upside down. Instead of my friends wanting the fairy tale, what if the fairy tales were in want of our reality? Instead of re-telling familiar stories, I wanted to write the as yet blank futures of CeCi (Cinderella), Bianca (Snow White), Rory (Sleeping Beauty), and Rapunzel (Zell, asking what does Happily Ever After look like?

The title came about as a joke — the result of several workshops whereupon I was asked if the book was really going to be all letters. Even though the title never dissuaded the question, the name stuck, and grew on everyone involved. It not only describes the format, but the recipient, too.  To eliminate the sometimes-exclusionary nature of letters, the readers are allowed, if they wish, to become part Zell themselves.

Initially, I tried to include letters back from Rapunzel. But I found the replies cluttered the story I was trying to tell. And it interrupted a true examination of the kinds of assumptions we make about each other in the real world in the absence of information – the assumption everyone else is happy, and has life all figured out.

Rory, the shameless romantic of the book, tries to explain Zell’s silence with romantic optimism while Bianca, our potty-mouthed loose cannon gives marriage advice while making a mockery of her own impending nuptials. To get inside of the heads of these women, while still carrying a plot, the only choice seemed to be letters.

One of the things I tried to avoid was allowing the characters to sound similar. While I love epistolary tales, I wanted to make each woman unique, at least at the outset. To make each voice easier to read individually, I made very conscious choices with tense. While CeCi is first person past tense, Bianca is first person, present tense, almost exclusively active, while Rory’s voice is very passive. Their voices change, over time, as the characters are shaped by their experiences in the world and, more importantly, each other.

The reason individual voices became so important was due to a tidbit I learned while researching the original Grimm material. While I considered myself a fairy tale fan, I hadn’t realized that the Grimm brothers’ method of gathering material consisted of gathering oral traditions door to door from the women within.

In a small way, the format of Letters to Zell allows these characters to not only re-assert themselves as the authors of their own narratives, but to actively write that narrative in their letters to each other. No longer subject to the pen and ink of humans or the spite of fairy godmothers, the women strike out on their own unique paths. There is no happy ending, there are only journeys toward happiness. And a mail pigeon or two.

Camille Griep lives and writes just north of Seattle, Washington. She is the managing editor of Easy Street and a senior editor at The Lascaux Review. Letters to Zell, is her first novel.