Today’s piece is a little unusual, and fantastic. Blake Charlton talks about his favorite bit of fiction in general, the opening line, and in the process gives some darn fine advice. As you can probably guess, I’m sensitive to the subject of opening lines so this one really resonated for me. I think you’ll like it, too.

And now, let me get out of the way and let Blake talk about his Favorite Bit.

“The first sentence of a book is a handshake, perhaps an embrace,” the wonderful Jhumpa Lahiri recently noted. True, sometimes. But sometimes a first sentence is a sucker punch.

Personally, when cracking open a new book, I want it to take a swing at me.

“It’s a new elevator, freshly pressed to the rails, and it’s not built to fall this fast.” That’s my favorite first sentence. It comes from Colson Whitehead’s The Intuitionist, a brilliant speculative novel about race relations.

What I’m after is a jolt, a mixture of confusion and curiosity.  Why, exactly, did you just sock me in the jaw? Perhaps I want an abusive first sentence because of my disability. Being dyslexic, I didn’t learn to read until age 13. And even after I learned, many sentences still felt like they had just pushed me into the deep end…with concrete in my shoes. Maybe I’m odd to love what I used to fear. But I’m guessing you like some of these sentences too. Consider… 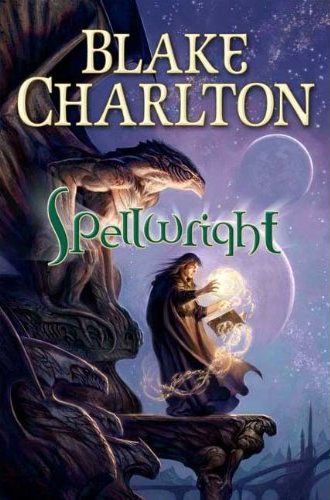 “The sky above the port was the color of television, tuned to a dead channel.” Gibson’s Neruomancer says BLAMO!  “It was a bright cold day in April, and the clocks were striking thirteen.” In 1984, Orwell opens with KAPOW! “They shoot the white girl first.” Toni Morrison goes SOCKO in Paradise.

A great first sentence doesn’t mean what follows is great. And, as I hope I demonstrated two paragraphs above, a soggy first sentence can still lead to a captivating read. But, all other things being equal, I’ll take the book with a dynamite first line. I don’t suppose my opening sentences come close to my favorites, but I work hard on them.  The first sentence is, in some ways, my favorite bit of each story. Here they are. I hope one of them hurts you, just a little.

From “Endosymbiont,”  in the Seeds of Change

The rattlesnake swallowed its tail until it shrank into a tiny knot.

The grammarian was choking to death on her own words.

Francesca did not realize she had used an indefinite pronoun until it began to kill her patient.

From “The Lasting Doubts of Joaquin Lopez,” in the Unfettered anthology from Grim Oak Press (forthcoming)

The baby girl floated around the water pump as a small, radiant nimbus.

Finally, here’s a teaser from my work in progress: Spellbreaker, the third and last book in the Spellwright Trilogy. In this latest book, I’ve tried to step up my game and write an opening paragraph sucker punch. Here’s how the draft currently reads:

One way to test a spell that is supposed to predict the future is to try to kill the man selling it. If you can, it can’t. That, at least, is what Leandra was thinking when she decided to poison the smuggler’s black-rice liqueur.

Author of the acclaimed novels Spellwright and Spellbound, Blake Charlton is also a medical student and a dyslexic.

Currently, Blake is working on his last year of medical clerkships and Spellbreaker, the final novel in the Spellwright Trilogy.  The answer to whatever question you’re currently thinking about sleep deprivation is yes.