Andi C. Buchanan is joining us to talk about their novel From a Shadow Grave. Here’s the publisher’s description:

This is no ordinary ghost story

Eighty years later, Aroha Brooke is determined to save her life. 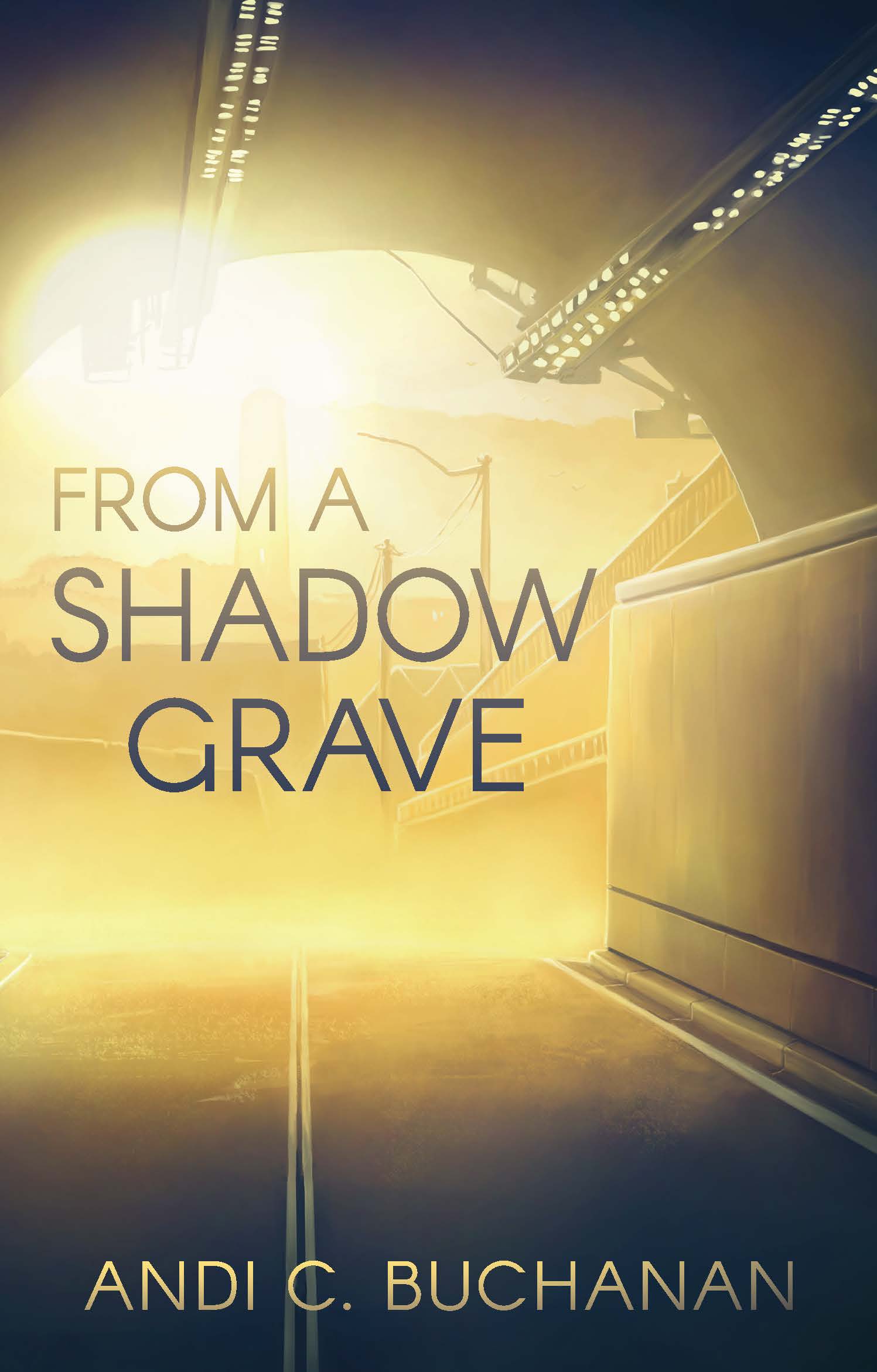 This sentence begins the fourth and final part of From A Shadow Grave. It was the point at which my whole messy first draft came together, and is a sentence that for me still encapsulates not just the story I was trying to tell, but the person I wished I could bring back to life.

From A Shadow Grave is based on a true story: a murder that took place in my home city of Wellington. The murdered teenager, Phyllis Symons, the protagonist of the story, was buried – likely still alive at that stage – in a road tunnel construction site. To this day, almost ninety years later, motorists toot as they drive through the tunnel, and while some say it’s just because of the acoustics, plenty others will tell you it’s to ward off her ghost.

The fact people were trying to ward off a young woman who died in such tragic circumstances seemed so casually cruel. Not that they had malicious intent, of course (except possibly to the unfortunate pedestrians who share the tunnel) but it seemed to be such a sad way for someone to be remembered. I wanted to instead ask the question: what if things had been different? What if Phyllis Symons had been saved – or if she had saved herself? What were the lives she could have lived, the lives that were taken from her?

It’s my favourite line of the book, but it’s also one I realised I had to handle with care. In opening up alternative futures I did not want to pass judgement or victim blame. To suggest that if only she had made different decisions, if only she had tried harder, things would have been different, is a long way from the message I wanted to send.

And yet the more I developed the character – a characterisation I have to add is a fictionalisation, and perhaps I have gleaned her personality accurately, perhaps not – I wanted to give her the opportunity to save herself. To rescue as well as be rescued.

I went back. I realised that giving her autonomy wasn’t about whether she survived this attack and why. It was about the whole life she had, the life she should have had, the myriad of relationships and decisions and choices and events in the decades she had ahead of her.

Phyllis Symons saving herself was not the story. It was just one possible start.

From a Shadow Grave link

Andi C. Buchanan lives among streams and faultlines, just north of Wellington, Aotearoa New Zealand. Winner of a 2019 Sir Julius Vogel Award in the Best Short Story category, their fiction has been published in Apex, Kaleidotrope, Glittership, and more. You can find Andi on Twitter @andicbuchanan or at www.andicbuchanan.org.