I just spent the past hour watching the Mars Rover Curiosity’s approach, entry, descent and landing on Mars. MARS. OMG MARS. I started laughing and crying, when I saw the tweet from @MarsCuriosity:

I’m safely on the surface of Mars. GALE CRATER I AM IN YOU!!! #MSL 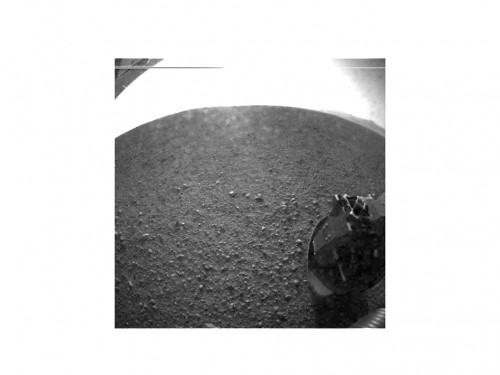 I am so — I mean. This is science. No, no. This is Science. This is why I write science fiction. Being able to watch this real time and being able to see the folks at NASA do their work, and then celebrate at touch down, then dive back into the work again is astonishing.

And then… and then I started laughing again because Curiosity landed in Gale Crater. Gale.

I just sold a story to RIPOFFs, which is an audio anthology edited by Gardner Dozois for Audible. Wait– this ties in, I swear. The idea of the anthology is that each story starts with the first line of a classic novel.  It’s sort of a punchcard punk homage to Ray Bradbury and L. Frank Baum. Here’s how mine opens.

And I swear to God, I didn’t know where Curiousity was landing.

The Lady Astronaut of Mars

Dorothy lived in the midst of the great Kansas prairies, with Uncle Henry, who was a farmer, and Aunt Em, who was the farmer’s wife. She went on to say that she’d met me, when I was working next door to their farm under the shadow of the rocket gantry for the First Mars Expedition.

Watching the live feed of Curiosity going in was a little like the tornado ride that Dorothy took in the Wizard of Oz — an absolutely insane ride that no one should be able to survive.  The Seven Minutes of Terror that NASA described in their video looked like science fiction and staying up to watch the landing had all the tension of the best fiction, with the added benefit of being actual science.

Now Gale Crater is actually named after Walter Frederick Gale, who spotted thought Mars had canals full of water. He was observing in the 19th century, so can be cut some slack for inadequate instruments but those canals gave rise to a whole slew of science fiction. Wells, Burroughs, Bradbury… Without the idea that maybe, maybe there was once civilization on Mars how many of them would have written those stories? Hard to tell, but the space between what Mr. Gale discovered and what they wrote is where Science Fiction lives. It lives in the possibilities present in the best science of the day.

That fiction, in turn, inspires other people to want to know more. If you start from a place of “What if?” it is only natural to move on to “What else?”

The Mars Curiosity Rover is telling us about what else we will discover there. I’m not expecting canals, or ancient doomed civilizations, but I am looking forward to seeing what else is there and the “what ifs” that will spring from it.

2 thoughts on “Mars, The Wizard of Oz, and Dorothy, too.”