Thank you! to Mary Robinette Kowal for letting me visit her blog. I’m Rachel Swirsky, and I wrote a short story called “If You Were a Dinosaur, My Love,” which upset some folks enough that they’ve been kicking up a fuss for a few years now. I believe in the transformational power of humor so I’m running a Making Lemons Into Jokes fundraiser. To raise money for LGBTQ health care, I’m going to write a Chuck Tingle-esque parody of myself, called “If You Were a Butt, My Butt.” 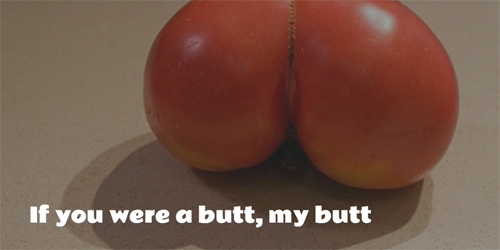 Fans of Mary’s might want to help us reach the $700 stretch goal. If we do, she will narrate the audio book version of “If You Were a Butt, My Butt” in her sexy tweet voice.

If you want the whole story behind the fundraiser, you can read it here– https://www.patreon.com/posts/posteriors-for-5477113.

I was sitting down to write something about the fundraiser when my brain turned this up. It’s sort of quasi-memoir, quasi-poetry, quasi-free association, and thematically related to the fundraiser, more than literally.  My mind went someplace dark, as might make sense, considering the reasons why stories like “If You Were a Dinosaur, My Love” resonate with people. These are the reasons why we stand together.

I remember the first time I learned that one of my friends had been raped. She didn’t know what to call it. There was just an older boy and a thing she was too frozen to speak up against.

I remember the first time I learned that one of my friends was trans. I didn’t understand. My framework of gender hadn’t been made for her. Why be a woman? What does woman mean? Be one if you like, I thought, but please don’t hurt yourself. She didn’t hurt herself.

What does woman mean? I still don’t know.

I remember being ten and sitting with a twenty-two year old man at a party I’d gone to with my parents. His name was Walter and he was kind and we played drawing games together. He died that year. Him, and so many other gay men who should have been entering the fullness of their lives when the clock rang 1990.

I remember being four or five, and watching the television and seeing a black man kiss a white woman on WKRP in Cincinnati, and telling my mom that was wrong because blacks and whites don’t kiss each other. My mom, who had been engaged to two black men in Georgia, only a sliver of time after interracial marriage was nationally recognized.

Where did I learn that? Everywhere.

On television, Bill Huxtable the obstetrician gave medical advice to interracial couples. I watched that, and I learned differently. But damn it, why did it have to be Bill Cosby.

I was very young, and I asked my parents who they’d let starve first, me or the cat, if they ran out of money. They said the cat. I was surprised.

I remember walking through museums and stores with my friend Dawna, me sixteen and her fourteen, her wearing baggy pants strung with chains, her hair bleached and cut to a fine half-inch, so that you could rub it back and forth, and it would prickle like cat’s fur. Security guards followed us. They thought she was a dyke; they thought she was a druggie.

They were right. She was both. Hard to know whether the untreatable depression wouldn’t have been so bad if she hadn’t been the kind of girl people yelled “Queer!” at out of the window. She was, though.

I remember the boy I went to high school with, who never wore shoes when he could get away with it, who probably should have known better than to go to a play audition on acid, who wore knee-length shorts with flames on them. His parents kicked him out of the house for being gay.

I thought he had a fifty percent chance of dying. Maybe I was right. He lived, but Dawna was the other fifty percent.

I wrote a young adult book. Some of the characters are gay. They live in a world of battened doors, of sheltering against a relentless hail of hate.

But that was my childhood. The storms are still there, but they’re different now.

I remember being told in the lunch line that I was going to hell.

I remember my friend Anita’s brow piercing, and daring sexuality, and lithe strength as she danced ballet.

I remember being like so many other people—somehow investing in a binary, when the word “bisexual” should have been easy to find.

I remember there are things I’ve never known, and voices I’ve never heard, and experiences that will never be part of my skin the way childhood is.

I sat in the car with my mother. I asked, “Would you rather I was a lesbian or straight?” I don’t know how old I was. Maybe sixteen. She had her hands on the wheel. She said, “Straight, because being a lesbian is a hard life.”

I remember the man who hit my cousin when he was a child, and I have nothing to say to that man, and when he sends texts on Christmas, I delete them from my cousin’s phone, unread.

I remember sitting with my cousin on Christmas night. The texts weren’t on his phone anymore. We hadn’t discussed it. “I have so much trouble trusting people,” he said. Then: “I wonder what I would have been like.”