R.E. Stearns is joining us today with her book Barbary Station. Here’s the publisher’s description:

Two engineers hijack a spaceship to join some space pirates—only to discover the pirates are hiding from a malevolent AI. Now they have to outwit the AI if they want to join the pirate crew—and survive long enough to enjoy it.

Adda and Iridian are newly minted engineers, but aren’t able to find any work in a solar system ruined by economic collapse after an interplanetary war. Desperate for employment, they hijack a colony ship and plan to join a famed pirate crew living in luxury at Barbary Station, an abandoned shipbreaking station in deep space. But when they arrive there, nothing is as expected. The pirates aren’t living in luxury—they’re hiding in a makeshift base welded onto the station’s exterior hull. The artificial intelligence controlling the station’s security system has gone mad, trying to kill all station residents and shooting down any ship that attempts to leave—so there’s no way out. Adda and Iridian have one chance to earn a place on the pirate crew: destroy the artificial intelligence. The last engineer who went up against the AI met an untimely end, and the pirates are taking bets on how the newcomers will die. But Adda and Iridian plan to beat the odds.

There’s a glorious future in piracy…if only they can survive long enough. 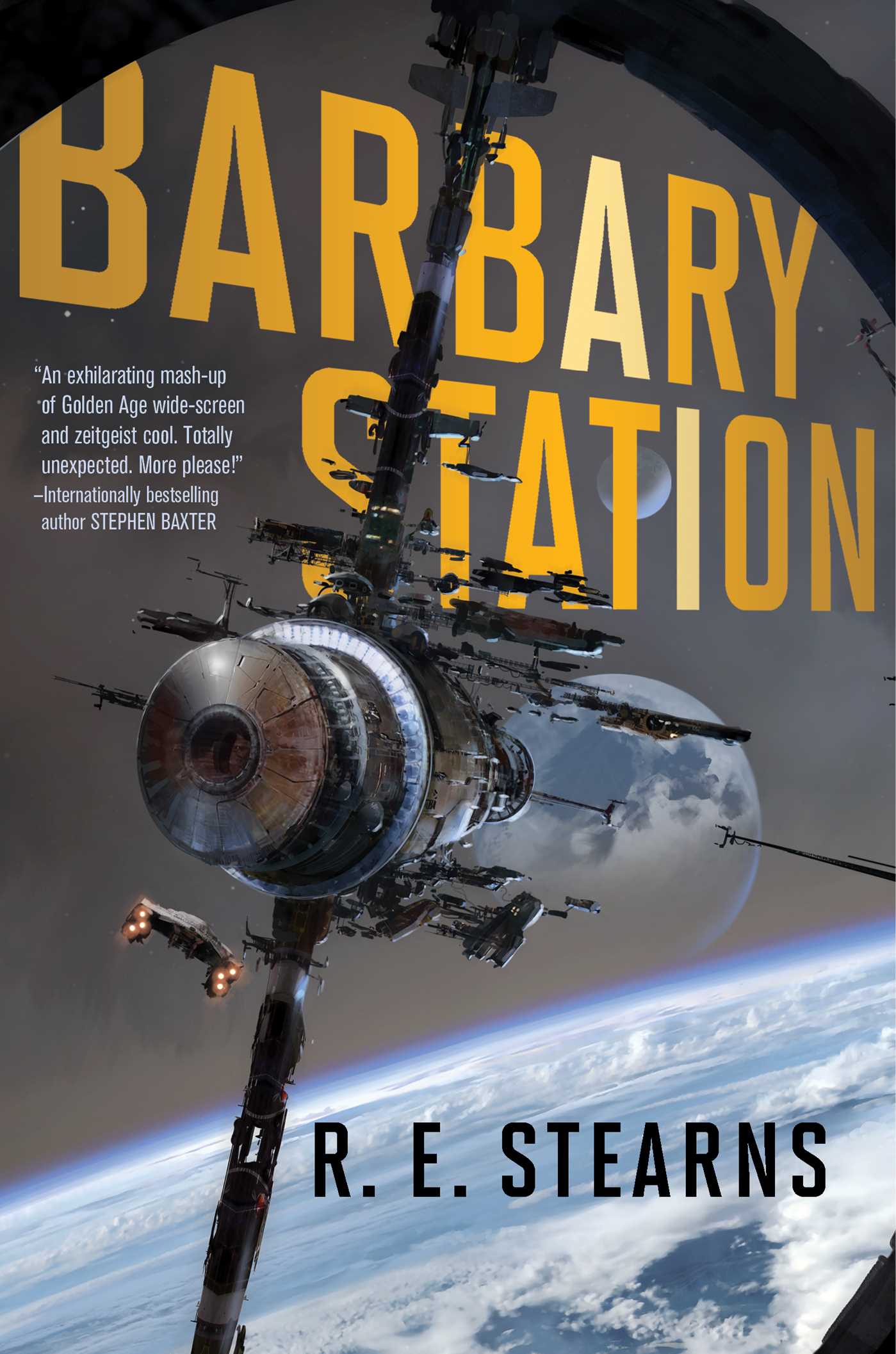 Some questions are never answered. This is true in real life and in fiction. Living and working in the unknown, and solving the mysteries you can and documenting the details of those you can’t yet, makes the world an endlessly exciting place. That’s why I filled Barbary Station with mysteries.

Our heroines, Adda and Iridian, solve the first mystery they encounter within the first few chapters. Why didn’t the pirates react with more enthusiasm to the news that an entire hijacked colony ship was on its way to Barbary Station with Adda and Iridian at the helm? The answer: They had much bigger problems than where their next target ship was coming from.

The problem personified, after a fashion, is an artificial intelligence which has taken over the abandoned space station’s defense system. To escape, they’ll have to stop the AI from killing every human who meets its definition of a threat. Adda and Iridian have a lot of minor mysteries to solve if they want to survive: How is the AI choosing its targets? What weapons and drones are at its disposal? Is any place on the station truly safe?

The AI isn’t the only mysterious figure on Barbary Station. An emergency medical team who’ve been trapped there for years appear and disappear on biosensors for reasons understood only by them. The pirate crew our heroines came to the station to join might, or might not, have enemies among the refugee village in the docking bay. The AI has scared the remaining ship pilots so badly that they won’t help anybody else get away. Not letting the pirates onboard seems practical, but they don’t help the refugees either.

And then there’s the method that Adda uses to speak to the AIs. In this universe AIs are raised, not coded. Their learning algorithms are too complex to interact with on the level programmers today do. Instead, interaction is abstracted into a hallucinographic digital space, which makes interacting with the AI more like a lucid dream. Adda is constantly interpreting symbols her mind has constructed through a software bridge between herself and the AI, asking “What does it all mean?” Lives depend upon the answer.

Throughout the novel, Adda and Iridian are fighting to differentiate friend from foe, safety from illusion, conscious intention from thoughtless logic trees. I love the many mysteries entwined in this story, and I hope you do to.

R.E. Stearns wrote her first story on an Apple IIe computer and still kind of misses green text on a black screen. She went on to annoy all of her teachers by reading books while they lectured. Eventually she read and wrote enough to earn a master’s degree in curriculum and instruction from the University of Central Florida. She is hoping for an honorary doctorate. When not writing or working, R.E. Stearns reads, plays PC games, and references Internet memes in meatspace. She lives near Orlando, FL with her husband/computer engineer and a cat.