Nicholas Kaufmann is joining us today with his novel Die and Stay Dead. Here’s the publisher’s description.

In this pulse­pounding sequel to Dying Is My Business, Trent, a man who can’t stay dead or retain his memories, tries to uncover his connection to a deadly doomsday cult bent on destroying NYC.

A brutal murder in Greenwich Village puts Trent and the Five-Pointed Star on the trail of Erickson Arkwright, the last surviving member of a doomsday cult. Back in the day, the Aeternis Tenebris cult thought the world would end on New Year’s Eve of 2000. When it didn’t, they decided to end it themselves by summoning Nahash-Dred, a powerful, terrifying demon known as the Destroyer of Worlds. But something went wrong. The demon massacred the cult, leaving Arkwright the sole survivor.

Now, hiding somewhere in New York City with a new identity, Arkwright plans to summon the demon again and finish the job he started over a decade ago. As Trent rushes to locate a long-lost magical artifact that may be the only way to stop him, the clues begin to mount… Trent’s past and Arkwright’s might be linked somehow. And if they are, it means the truth of who Trent really is may lie buried in the twisted mind of a madman. 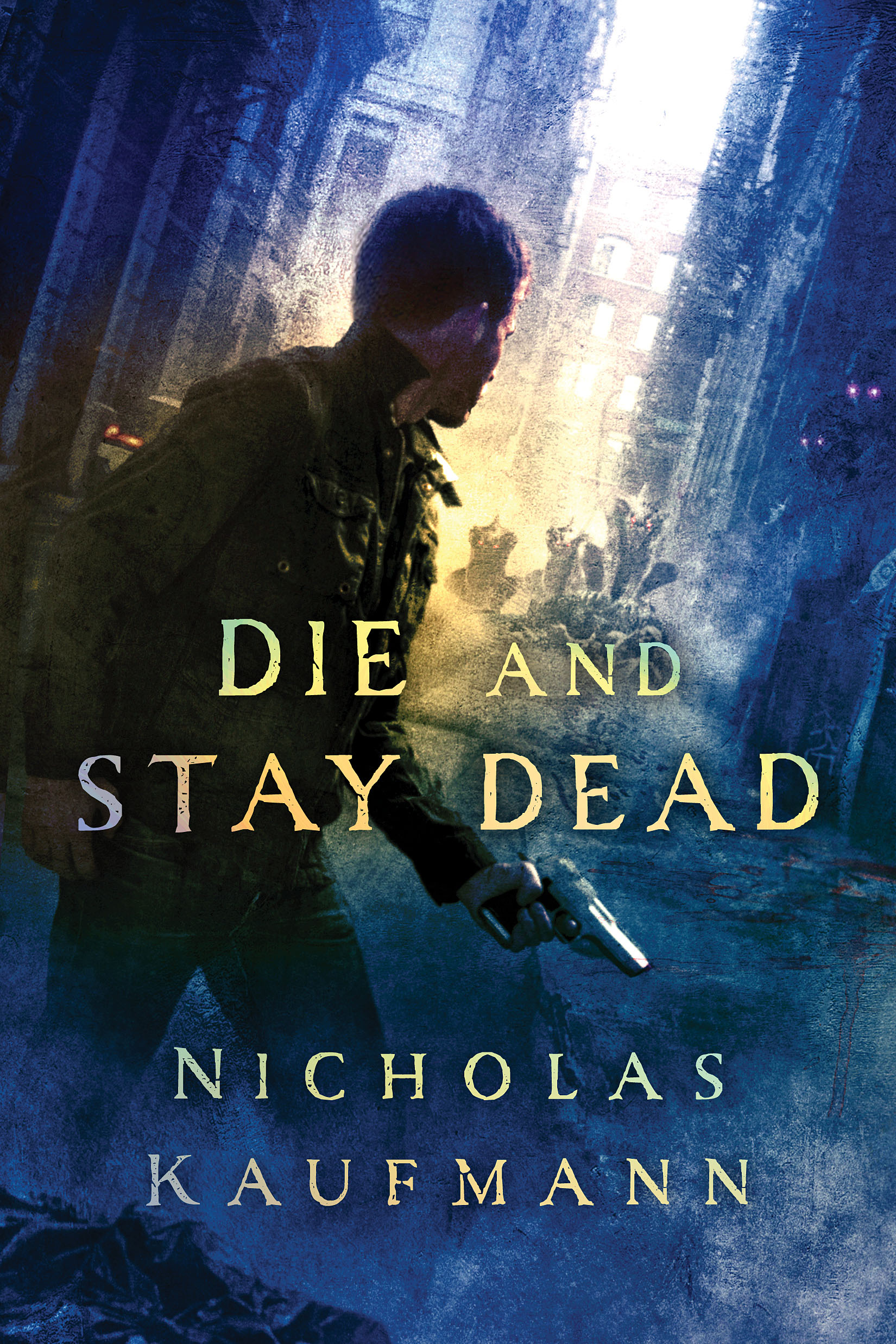 It’s such a pleasure to be back on My Favorite Bit! When I was here last year talking about my novel Dying Is My Business, I chose as my favorite bit a scene where the fantastic and the real world collide with catastrophic results. Now that the sequel, Die and Stay Dead, is out, my favorite bit for this book also features the fantastic meeting the real world, albeit in a different way.

Back in 2011, I started doing my daily writing at the New York Public Library on 42nd Street and Fifth Avenue (you know, the one from Ghostbusters). Before then, I had worked from home for years. Generally, working from home had never been a problem. I was pretty disciplined and almost always reached my word count goal. But over time, that changed. Working from home became unexpectedly difficult. All of a sudden I was too easily distracted by the dishes in the sink, the cats who wanted attention, that show I’d been binge-watching on Netflix. When you get in a rut the best thing you can do is shake up your routine, so I figured a change of scenery was what I needed. The New York Public Library was the perfect choice for my new “office.”

It’s a beautiful building whose distinctive Beaux-Arts architecture, marble halls, grand chandeliers, and soaring ceilings can’t help but inspire the creative mind. But more than that, it’s a quiet place where I can work without distraction. (And where the presence of others doing the same thing keeps me honest, keeps me producing instead of just spending the whole day surfing the Internet on the library’s wi-fi.) I wrote the entirety of Dying Is My Business and Die and Stay Dead in the library. In fact, the library has become such an important part of my writing process that I decided to thank it by giving it an important role in Die and Stay Dead.

In the novel, our hero Trent, the man who can die but never stay dead, is racing against the clock to find and assemble the three fragments of a dangerous magical artifact known as the Codex Goetia. This artifact is the only thing that can stop a madman named Erickson Arkwright from summoning a world-destroying demon into the streets of New York City. The Codex Goetia’s fragments are hidden in secret locations around the city, sites that Trent and his colleagues must locate by deciphering the cryptic clues found in a murder victim’s notebook. At the risk of spoiling a plot point, I decided to make one of those locations the New York Public Library—or rather, beneath it, in a room no one knew was there, a room that had once been the sanctum of a doomsday cult.

Every day when I arrived at the library to do my day’s writing, I would climb the front steps and my eyes would go to the building’s abundance of gorgeous, elegant statuary. Not just the famous marble lions out front (their names are Patience and Fortitude, by the way) but also the statues and fountains you can find all over the building’s façade. I decided to make one of these lesser-known statues the key to entering the secret room beneath the library. (I won’t tell you which statue; I’ve already spoiled enough!)

In this short excerpt, Trent manages to find the way inside:

The edge of the pedestal had been carved in the form of a horn of plenty, its mouth spilling forth a selection of marble fruit. I ran my fingers down the widening shape of the horn, feeling for anything out of the ordinary like a seam or a loose part. I stopped when I came across a single ram’s head carved amid the apples and grapes. That was odd. What was it doing there? It was hidden in the design, but didn’t fit with the rest of it. I poked at the ram’s head, thinking it might be some kind of button or switch, but nothing happened.

Bethany looked over at me. “Did you find something?”

I changed tactics. Instead of pressing it like a button, I tried spinning it like a dial. The ram’s head turned easily, shifting clockwise. A soft groan came from the back wall of the alcove. I turned around to see a section of the wall slide aside. Beyond it was a narrow, empty space. There was no floor, only steps leading down into a thick darkness.

I gawked at it, astonished. A hidden staircase inside the wall of the New York Public Library. The secret parts of this city never ceased to amaze me.

That last line, that’s what really makes this my favorite bit. Sure, I was happy to find a way to work the New York Public Library into the novel, but that line! The secret parts of this city never ceased to amaze me. When I wrote those words, I knew right away they were the beating heart not just of this scene, not of just this novel, but of the entire series. Showing the secret parts of New York City, both real and imagined, to readers who have never been here, or who only know the city from what they’ve seen on TV or in movies, that’s my favorite bit. That will always be my favorite bit.

Nicholas Kaufmann is the Bram Stoker Award-nominated, Thriller Award-nominated, and Shirley Jackson Award-nominated author of Walk In Shadows: Collected Stories, General Slocum’s Gold, Hunt at World’s End, Chasing the Dragon, Still Life: Nine Stories, Dying Is My Business, and Die and Stay Dead. Over the years, he has worked in publishing, owned his own bookstore, managed a video store, and been a development associate for a well-known literary and film agent. He lives in Brooklyn, New York with his wife and two ridiculous cats.

2 thoughts on “My Favorite Bit: Nicholas Kaufmann talks about DIE AND STAY DEAD”