Beth Bernier Pratt is joining us today with her anthology Storage World. Here’s the publisher’s description.

Most storage units hold furniture, books, clothes, and all manner of junk, old and new. The Braxton family’s Storage World provides all that plus storage for … a different kind of goods. Behind the doors of Storage World one can find things magical, mythical, fantastic, and terrifying. In this collection of stories by Albuquerque’s Cyberscribes writers group, the dark emanations from the weird things stored behind Storage World’s carefully guarded doors reach out into the ordinary world, tempting and ensnaring mortals, and even bringing on the end of the world. Some doors shouldn’t be opened. Will you look inside the mysterious vaults of Storage World? 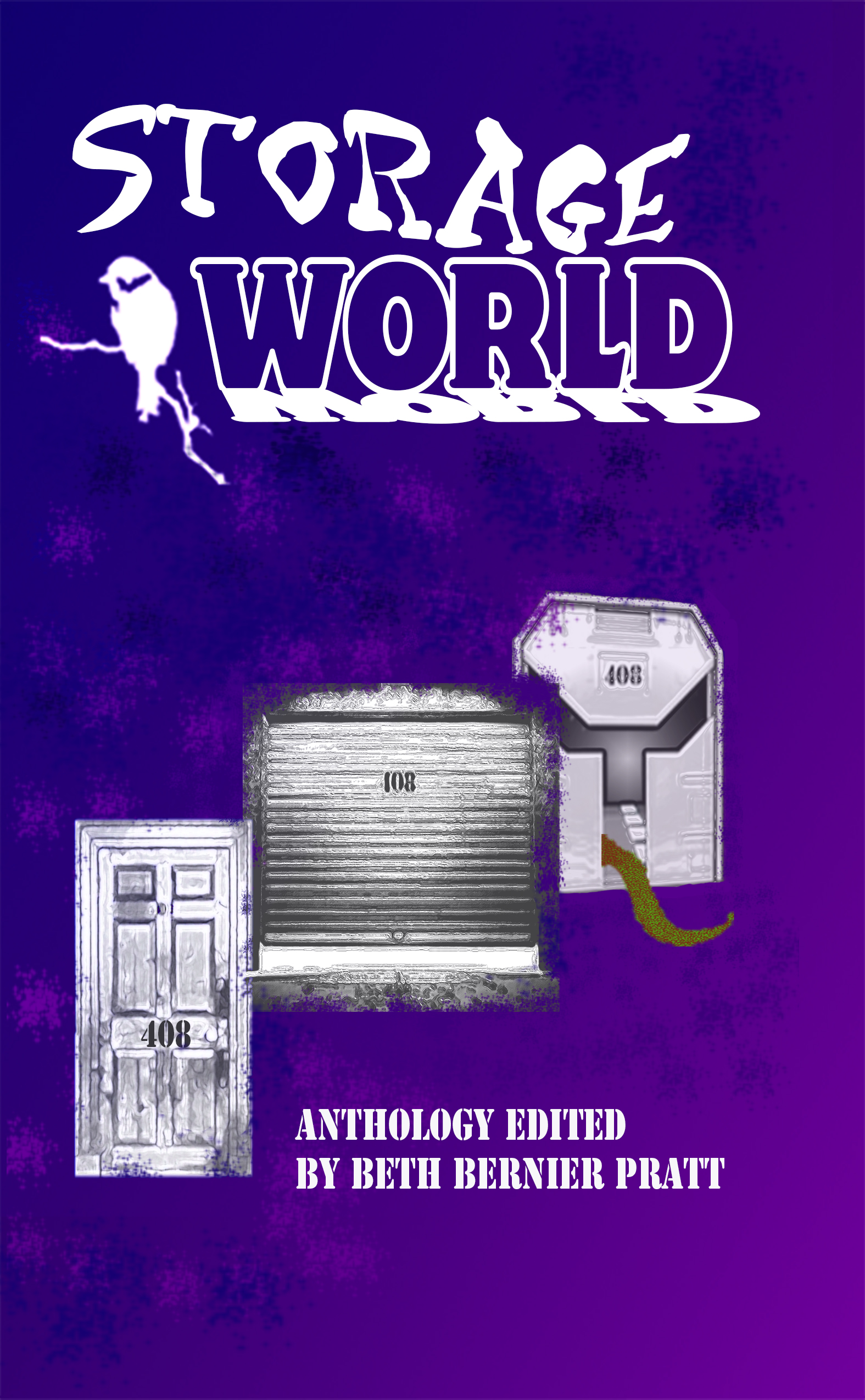 Ideas can come from anywhere. In the case of Storage World, the initial idea came from a building I drive by every morning, one of the ubiquitous businesses renting storage units to Americans who have accumulated too much stuff. It’s a funny thing, this business of renting space to store excess junk. A few generations ago it would have barely been imaginable for most people to have more things than they could store in their own home.

A funny thing about the storage place I drive by every day, I never see anyone there. The parking lot is always empty, and the razor wire topped gate is always closed. I rented a storage unit once, when I was getting a divorce and had to put my stuff somewhere when I moved out of the shared apartment. I don’t remember ever seeing anyone at that storage place when I went there either. Even in the middle of a huge urban area, it was a zone of total isolation. I often got the feeling that no one wanted to be there, because we all sensed that those units stored mostly sadness and badness.

I read and write a lot of fantasy, and it occurred to me one day, driving past that storage place, that if there were powerful beings from other dimensions living in our world, they would probably need someplace to store their powerful and weird items of magic. They’d want somewhere accessible, but not somewhere that mortals would get in and pilfer. An urban storage unit would be perfect.

I wrote my first Storage World story about a family feud over ownership of a storage business that caters to those otherworldly beings and their storage needs. I expanded the concept with a story about the first family member to rent out storage space in London in the era of gas lighting.

Did you ever have that dream where your toys came alive at night and went on adventures? As a child I used to imagine that my Barbies continued their storylines when I wasn’t there, feuding and making up again, trading dresses and shoes, raiding the refrigerator (my Barbies may have lived in a world of non-stop slumber party antics). It just never made sense to me that the party would have to stop just because I had to sleep or go to school.

At the end of a story, I sometimes feel the same way. One Monday evening I came to my writers group, plunked down my notebook, and asked if they’d like to write in a shared universe, the Storage World universe. In a group so full of talented writers, everyone has their own projects and priorities, so I had no idea what they would say.

A few weeks later, they started showing up with stories about the maddening powers contained in Storage World, and that was it, my favorite bit. My toys had started to come to life, walking and talking and having adventures I’d never imagined. Reading the stories by my collaborators revealed things about the universe, and things about my own writing, that I didn’t know before. I saw the similarities between my stories, even when they had wildly different characters and settings. Every writer who contributed a story to the anthology added something new, different, and indispensable to the whole.

After the fun part came the tricky parts, the editing and formatting and the endless discussions of continuity. Did it matter if two stories in the anthology contradicted each other, or if there were two totally different end of Storage World as we knew it stories? Ultimately I had to decide, and I came down on the side of letting my toys play. After all, how often do you get to watch a childhood dream unfold in front of your eyes?

Beth Bernier Pratt has written two novels, Emotimancers and the Impending Feline Overmind, a fantasy with magic and cats; and Toast Points of View, a contemporary story of the ties between friends and family. She finds that her readers strongly prefer one or the other. In a previous life, Beth lived in Los Angeles and worked at Central Casting. After escaping the gravitational pull of Southern California, she settled down in Albuquerque, New Mexico, to write and raise a family.