Michael Johnston is joining us today with his novel Soleri. Here’s the publisher’s description:

Michael Johnston brings you the first in a new epic fantasy series inspired by ancient Egyptian history and King Lear.

The ruling family of the Soleri Empire has been in power longer than even the calendars that stretch back 2,826 years. Those records tell a history of conquest and domination by a people descended from gods, older than anything in the known world. No living person has seen them for centuries, yet their grip on their four subjugate kingdoms remains tighter than ever.

On the day of the annual eclipse, the Harkan king, Arko-Hark Wadi, sets off on a hunt and shirks his duty rather than bow to the emperor. Ren, his son and heir, is a prisoner in the capital, while his daughters struggle against their own chains. Merit, the eldest, has found a way to stand against imperial law and marry the man she desires, but needs her sister’s help, and Kepi has her own ideas.

Meanwhile, Sarra Amunet, Mother Priestess of the sun god’s cult, holds the keys to the end of an empire and a past betrayal that could shatter her family.

Detailed and historical, vast in scope and intricate in conception, Soleri bristles with primal magic and unexpected violence. It is a world of ancient and elaborate rites, of unseen power and kingdoms ravaged by war, where victory comes with a price, and every truth conceals a deeper secret. 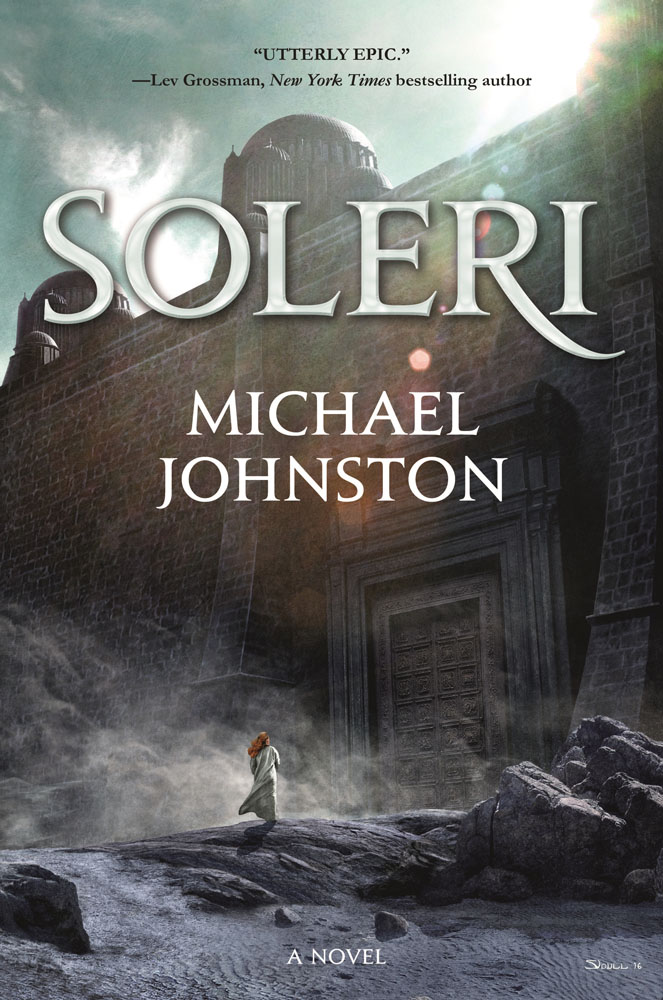 Sometimes the best way to invent a world is to start with the one you already know. When I got my big idea for my first novel, SOLERI, I found it in ancient Egypt. See, the Egyptians were the first to create a three hundred and sixty-five-day calendar. It was a big deal back then and the first of its kind. Now, I don’t want to lose you here. Yes, calendars aren’t usually the inspiration for an epic fantasy novel. They aren’t usually the inspiration for anything. But this one is different. It’s fascinating—I promise.

The story goes something like this: Each year, just prior to the annual flooding of the Nile river in Egypt, the star, Sirius, appears on the horizon before sunrise (the so-called heliacal rising of Sirius). Over time the Egyptian farmers took note of star’s rising. And eventually they started using it to predict the annual flood. Now, the flood was important to the Egyptians; the water enriched the desert soil, making the land suitable for farming. Without the flood, Egypt would starve, so they kept careful track of the star’s movement. They noted that Sirius rose, just prior to sunrise, every three hundred and sixty five days, which became the basis for their calendar and ours too. But here’s the interesting part: The calendar didn’t work out perfectly. The Egyptians created a calendar with twelve months of thirty days each. (They also had only three weeks in each month, and the weeks had ten days in each of them. Imagine working a ten-day week!) So twelve months with thirty days in each month gave the Egyptians three hundred and sixty days total. Are you following the math? They were five days short.

This is the really interesting part.

They didn’t tag on an extra day here and there to make the calendar work. We do that and it’s just confusing. They stayed with their twelve perfect months and took the extra five days and made them a special time, a holy time.

In SOLERI, as in ancient Egypt, the five days exist outside of time. The days aren’t even part of the calendar. No one can work, or perform any type of labor. Nothing of importance transpires. How could it? There was no date. Imagine having five days that existed without time. No name for the day. Nothing to fill in the “date received” column in apple mail (sorry, I don’t use outlook). That’s interesting. In fact, there’s something really magical about this idea.

In SOLERI, the five days are a high holiday, a feast.  They don’t accompany the rising of a star, but they do precede an annual eclipse.  Each year, the sky turns black as the moon eclipses the sun. This was their heliacal rising, their sign that a new year had started. Now, in our world, eclipses don’t happen on a yearly schedule. Our orbit is imperfect. But if the earth had a perfectly spherical orbit and the moon did as well and both shared the same plane, the moon would eclipse the sun at regular intervals. Imagine that! If you lived in antiquity and the sky blackened at regular intervals it would most likely have a profound effect on your culture. It does in SOLERI.

Michael Johnston was born in 1973 in Cleveland, Ohio. As a child and a teen he was an avid reader of science fiction and fantasy. He studied architecture and ancient history at Lehigh University and during a lecture on the history of ancient Egypt, the seed of an idea was born. He earned a master’s degree in architecture from Columbia University, graduating at the top of his class. Michael worked as an architect in New York City before moving to Los Angeles. Sparked by the change of locale, a visit to the desert, and his growing dissatisfaction with the architectural industry, he sought a way to merge his interests in architecture and history with his love of fantasy. By day he worked as an architect, but by night he wrote and researched an epic fantasy novel inspired by the history of ancient Egypt and the tragic story of King Lear. After working this way for several years, he shut down his successful architecture practice and resolved to write full time. He now lives and writes in Los Angeles with his wife and daughter.