Max Gladstone is joining us today with his novel Full Fathom Five. Here’s the publisher’s description.

On the island of Kavekana, Kai builds gods to order, then hands them to others to maintain. Her creations aren’t conscious and lack their own wills and voices, but they accept sacrifices, and protect their worshippers from other gods—perfect vehicles for Craftsmen and Craftswomen operating in the divinely controlled Old World.

When Kai sees one of her creations dying and tries to save her, she’s grievously injured—then sidelined from the business entirely, her near-suicidal rescue attempt offered up as proof of her instability. But when Kai gets tired of hearing her boss, her coworkers, and her ex-boyfriend call her crazy, and starts digging into the reasons her creations die, she uncovers a conspiracy of silence and fear—which will crush her, if Kai can’t stop it first. 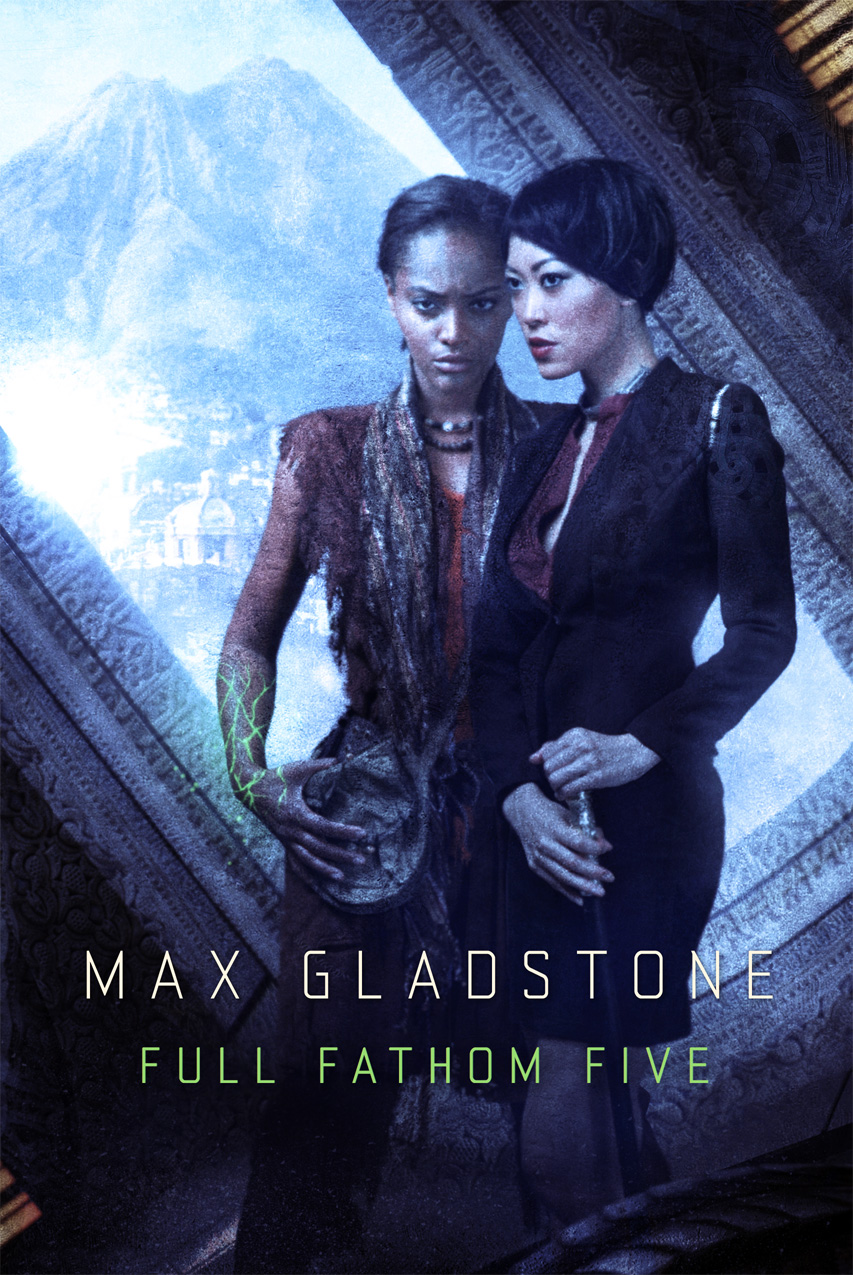 The Eternal Lightness of Frozen Yogurt

Frozen yogurt has overrun my home.

I have no objection to the stuff in abstract. I welcome our new tart overlords. A good FroYopurveyor equipped with egregious topping options (Little mochi balls! Diced kiwi! Walnuts! Marshmallow fluff!) will more surely slake my summer thirst than your average ice cream parlor.

But you can have too much of a good thing, and I think my neighborhood passed “too much” a year ago.

Used to be we had our local ice cream shop, which makes a great frozen yogurt in addition to their Oreo cake batter swirl. But storefronts change handsas rents jut skyward. The little photo shop on the corner has gone the way of all little photo shops; it’s a salon now. Even the local McDonalds shuttered.

And every second store that swooped in to occupy vacant real estate has specialized in FroYo.

My wife and I welcomed the second store’s opening, but we were perplexed when the third set out its shingle one block away. The fourth opened across the street from the third. And there they crouch, like tigers growling over the carcass of a deer. Morricone music plays. Specifically, this Morricone music.

One of the bestparts of writing my kind of fantasy—secondary world fantasy with a post-industrial setting rather than the High Medieval milieu—is that I get to engage more directly with the world in which I live. All my Craft books, from Three Parts Dead through to my latest, Full Fathom Five, examine modern life through the lens of magic: necromancers in pinstriped suits, gods with board meetings, young wizards struggling with student loans, etcetera.

And all that stuff was big and complicated and took me a long time to get close to right. I’m proud of the work I put in. But there’s a difference between the elements of which a writer’s proudest in a work—the products of sweat, the scenes that came together on the tenth draft in the eleventh hour—and the bits which sit fondest on the writer’s heart. My favorites are tiny beats and jokes: the Evangelion reference I’ve slid into every novel so far, the Shrike trying to get a tan, the arguments about fantasy novels inside a fantasy novel, the squid-priests…

And, well. The frozen yogurt shop.

It’s a tiny, blink-and-you’ll-miss-it scene halfway through the book. Kai, our lead, is walking to a Creepy Police Station to report a divine theft (sort of). Scanning the street, she notices that since she last passed this way a little corner store that sold antique maps has failed, relinquishing its place to aFroYo shop.

Kai never bought anything from the map store.She does, though, stop for frozen yogurt.

We all deserve our little indulgences, especially when they’re delicious.

Max Gladstone has sung in Carnegie Hall, been thrown from a horse in Mongolia and nominated for the John W Campbell Best New Writer Award. Tor Books published his most recent novel, FULL FATHOM FIVE, in July 2014. The first two books in the Craft sequence are THREE PARTS DEAD and TWO SERPENTS RISE.