Kait Heacock is joining us today with her short story collection Siblings and Other Disappointments. Here’s the publisher’s description:

Kait Heacock delves into the vulnerability of relationships and the various ways families fight, forgive, or fall apart. Her debut collection of twelve short stories follows a long-haul truck driver, a mother waiting for the rapture, newlyweds on a trip to the mountains, a father who competes in food-eating competitions, and an array of other characters scattered throughout Central Washington, down to Nevada, and up to Alaska. Each story explores themes of loneliness and isolation and how those exist both apart from our families and within them. Siblings and Other Disappointments unpacks the myriad meanings of the word family and the ways in which the bonds of those units are forged, dissolved, or simply maintained. 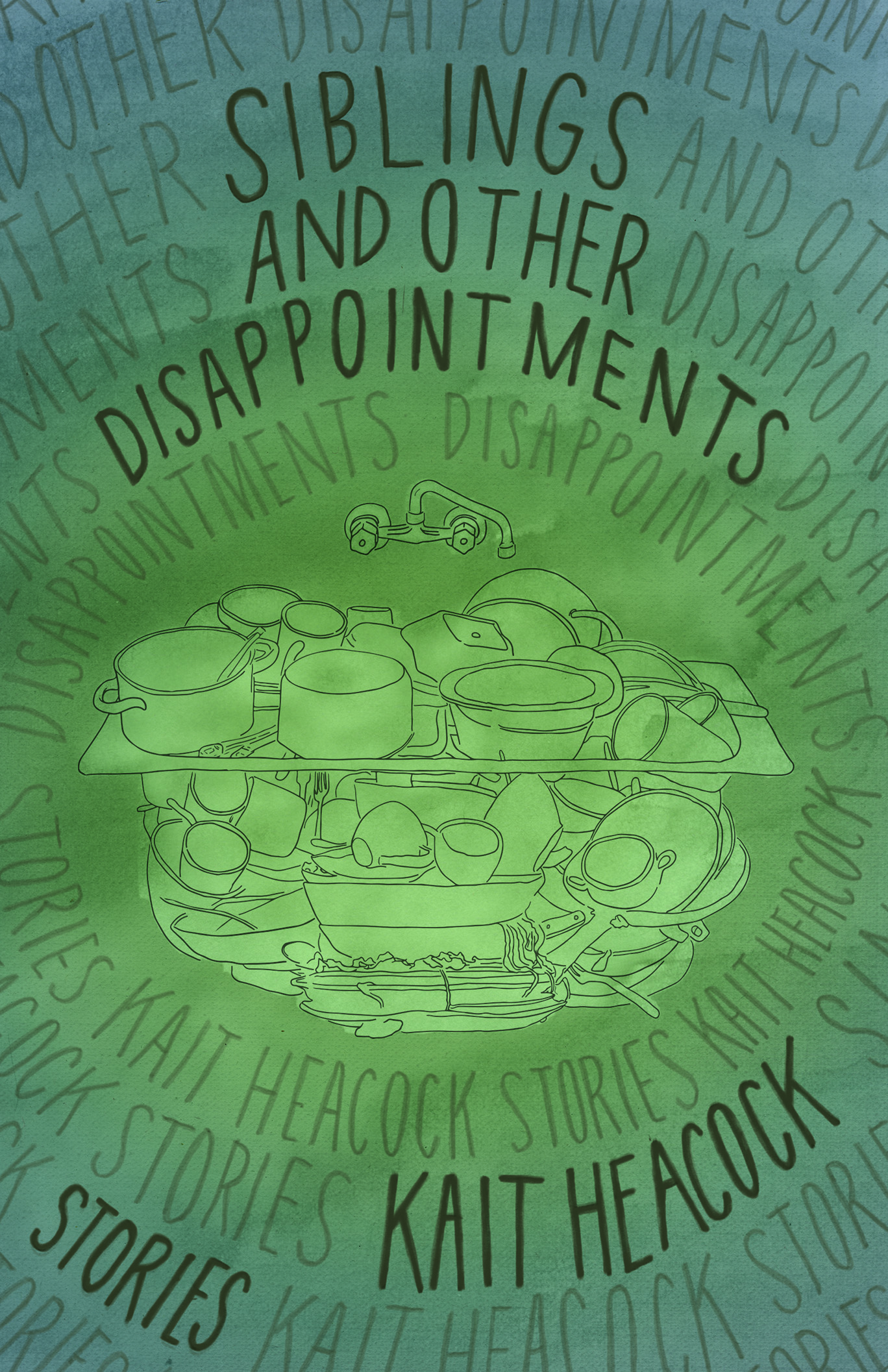 My Favorite Bit: Setting the Scene in “Sirens”

Siblings and Other Disappointments, my debut collection, is a book about place as much as it is about the people who inhabit these places. Its twelve stories trace the small towns of my youth: Coeur d’Alene, Idaho, where I was born; Ellensburg, Toppenish, and Zillah, Washington, towns that constellate around Yakima, where I grew up; Seattle’s neighboring Enumclaw, Kingston, and Shoreline, Washington; and in one story, a truck driver hauls lumber from Marysville to Eugene, passing through a dozen towns on his trip down I-5. Even the Cascades, where I’ve gone all my life to pick huckleberries and swim in mountain creeks, set the scene for a story. I’ve known firsthand ten of the twelve settings included in this book. All but Whitney, Nevada (a suburb of Las Vegas, where I traveled often as a kid to visit relatives but never ventured quite as far as Whitney) and Valdez, Alaska. My favorite bit of writing Siblings and Other Disappointments was creating a visual of a landscape I do not know firsthand.

I know Central Washington: its apple orchards, dusty hills, and visual scarcity. Writing Central Washington is writing what I know. Writing Alaska was the biggest creative stretch of this book, not only because it involved the most research but because it forced me to envision the place where my brother died three years ago. Many of the stories and characters contained within this collection are inspired by my late brother, from the son in “Closing Joe’s Bar” to the brother in the titular story. When I set out to write “Sirens,” about a boy shipped off by his strict dad to Alaska to spend the summer working as a commercial fisherman, I had no real concept of the setting or the gillnetting industry. I started writing the story because at the time that’s where my older brother was, spending the winters working at restaurants in Anchorage and the summers fishing off the coast of the small port town of Valdez. I wanted to grasp at the water, mountains, and land that my brother saw. A tenuous connection, but all I had at the time–more than I have now that he’s gone.

The protagonist Kevin, a closeted Korean teenager, and supporting cast Captain and Marco were borne out of my imagination, characters created to fill a landscape I desperately needed to explore. Short of traveling to Alaska to see for myself the scenery my brother last saw, writing about Valdez and the waters where he fished is the closest I’ll come. A sorry consolation.

In my research I learned about the structure of gillnet boats, that the Chugach Mountains receive the most snowfall in the world, and the most common causes of death on commercial fishing boats. In my life as a writer in Seattle, I have no necessity for knowing these facts. But the gift that writing brings you is the opportunity to research and learn about parts unknown. I will never be a commercial fisherman in Alaska, but for a few weeks while researching this story I could tell you a lot about it. After you lose someone, it’s the stories that keep their memory alive.

The title “Sirens” refers to the mythological creatures who lured sailors to their deaths. To the sailors, they were beautiful women; they represent what we want to see. I want to see my brother still alive on that gillnet boat, hauling in a load of salmon. His first night on the boat, Kevin can’t sleep. He sneaks outside and stares at the water: “In the darkness I watched the still water, not looking for anything but wondering if there was any wildlife to see at night. If you stare long enough at the water, your eyes play tricks on you and make shapes out of the moonlight on the waves. You could go crazy staring at the water long enough, hoping to find something in it.”

This book is like that water, something for me to stare at, hoping to will a vision of my brother.

Kait Heacock grew up in Yakima, Washington, and now works as a feminist writer and book publicist. She studied creative writing at Seattle Pacific University and earned her master’s degree from Portland State University, where she worked for Ooligan Press. Her work has appeared in literary journals, magazines, and online outlets such as Bustle, DAME Magazine, Esquire, KGB Bar & Lit Mag, Portland Review, tNY.Press, Vol. 1 Brooklyn, and the Washington Post. Siblings and Other Disappointments is her first book.