Jacqueline Carey is joining us today with her novel Miranda and Caliban. Here’s the publisher’s description:

A lovely girl grows up in isolation where her father, a powerful magus, has spirited them to in order to keep them safe.

We all know the tale of Prospero’s quest for revenge, but what of Miranda? Or Caliban, the so-called savage Prospero chained to his will?

In this incredible retelling of the fantastical tale, Jacqueline Carey shows readers the other side of the coin—the dutiful and tenderhearted Miranda, who loves her father but is terribly lonely. And Caliban, the strange and feral boy Prospero has bewitched to serve him. The two find solace and companionship in each other as Prospero weaves his magic and dreams of revenge.

Always under Prospero’s jealous eye, Miranda and Caliban battle the dark, unknowable forces that bind them to the island even as the pangs of adolescence create a new awareness of each other and their doomed relationship.

Miranda and Caliban is bestselling fantasy author Jacqueline Carey’s gorgeous retelling of The Tempest. With hypnotic prose and a wild imagination, Carey explores the themes of twisted love and unchecked power that lie at the heart of Shakespeare’s masterpiece, while serving up a fresh take on the play’s iconic characters. 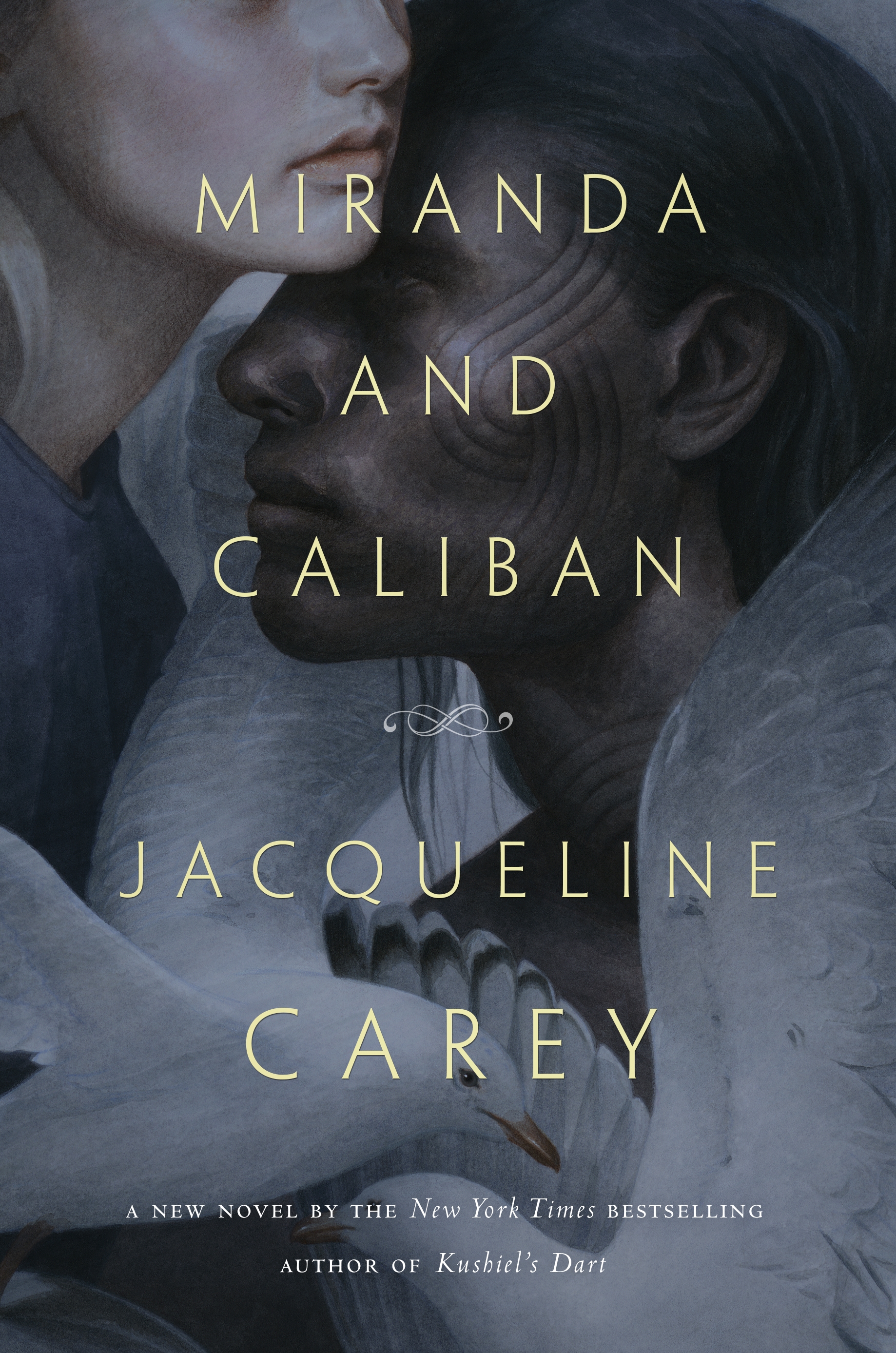 How do you describe the presence of absence? Because that’s my favorite bit in this book.

I’m a big art aficionado, and one of my favorite paintings is Caravaggio’s “Conversion of St. Paul.” It depicts St. Paul’s revelation on the road to Damascus, a moment of intense and profound personal transformation; and yet, the image of Paul is confined to the lowest third of the canvas. The sturdy horse from which the apostle has fallen occupies the majority of the canvas, a looming visual element that first confronts the viewer, a depiction at once beautiful, homely and mundane.

It’s an image that never ceases to inspire me, this juxtaposition of the transcendent and the commonplace.

In Shakespeare’s The Tempest, all of the magician Prospero’s plans, twelve long years in the making, lead to a moment of confrontation with the brother and liege lord who betrayed him long ago.

I chose not to depict it.

I chose not to do so because the story I’m telling isn’t Prospero’s. It’s the story of his daughter Miranda, kept in ignorance; it’s the story of Caliban, pressed into reluctant servitude.  And in Shakespeare’s play, neither character has the slightest bit of agency in this situation, nor ability to affect the outcome, nor any true understanding of the circumstances that have shaped their lives.

Choosing not to portray that moment felt like a bold and risky decision to me, but the longer I considered it, the more right it felt. It happens off-stage, as it were. It exerts an inexorable pull on the fates of my protagonists; but I wanted to work within the confines of the structure of the play, and the fact of the matter is that they weren’t there. At the moment their destinies were defined, they were elsewhere.

By virtue of the medium, juxtapositions in a text narrative have to play out in a different way than in the visual arts. Time is involved, for while a viewer may take in a painting at a single glance, a reader must process what is written in a linear sequence.

The presence of absence is implied, made concrete by the contrast between what is and isn’t described.

And so while Prospero’s deep-laid plans are coming to their apotheosis, in my book, our focus is on Miranda and Caliban; the latter desperately seeking to entice allies born of happenstance to his cause, the former immersed in the mundane logistics that her father’s complicated plans engender.

Elsewhere, fates hang in the balance and are decided. Here, in the presence of a strange spell-bound prince, a dead goat sizzles and roasts on a spit, a skeptical live goat cocks its head and scratches its ear with one rear hoof, while nameless chickens mutter and peck in the dirt.