David D. Levine is joining us today with his novel Arabella of Mars. Here’s the publisher’s description:

Since Newton witnessed a bubble rising from his bathtub, mankind has sought the stars. When William III of England commissioned Capt. William Kidd to command the first expedition to Mars in the late 1600s, he proved that space travel was both possible and profitable.

Now, one century later, a plantation in a flourishing British colony on Mars is home to Arabella Ashby, a young woman who is perfectly content growing up in the untamed frontier. But days spent working on complex automata with her father or stalking her brother Michael with her Martian nanny is not the proper behavior of an English lady. That is something her mother plans to remedy with a move to an exotic world Arabella has never seen: London, England.

However, when events transpire that threaten her home on Mars, Arabella decides that sometimes doing the right thing is far more important than behaving as expected. She disguises herself as a boy and joins the crew of the Diana, a ship serving the Mars Trading Company, where she meets a mysterious captain who is intrigued by her knack with clockwork creations. Now Arabella just has to weather the naval war currently raging between Britain and France, learn how to sail, and deal with a mutinous crew…if she hopes to save her family remaining on Mars. 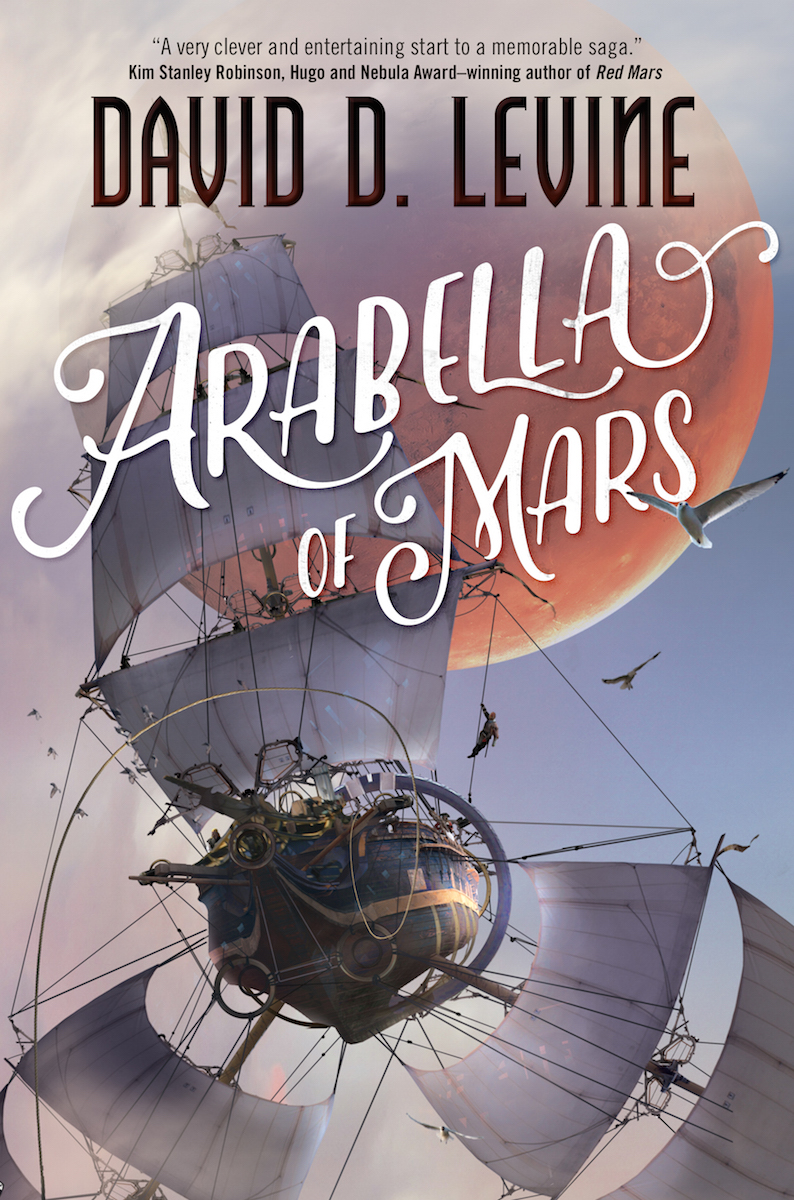 There’s no question what my favorite bit of this book is. It’s the scene I had in mind from the very beginning, the one I was writing toward during the whole first hundred pages, and the one (other than the opening) that I pick most often when I’m reading for an audience: the scene where Arabella takes off from Earth aboard the airship Diana.

Up to this point Arabella has been a Patrick O’Brian girl stuck in a Jane Austen world. Born and raised on Mars, she grew up as an adventurous tomboy on a wild colonial frontier, running around the desert with her brother (in leather pants, no less!). So her mother, fearing she would turn out completely unmarriageable, has hauled her back to England to bring her up as a proper lady. But she hates it, and chafes against England’s climate, gravity, and especially the limited role to which she, as an English female of the gentry, is restricted. Then she learns that her evil cousin plans to kill her brother, back on Mars, and inherit the family fortune — and Arabella is the only person who can stop him. This presents her with a horrible responsibility… and a fantastic opportunity to escape the boring, constricted life of an English lady.

This scene is the place where all of my research and thinking about achieving space travel using Regency-era technology (with a few small changes in physics, such as filling the solar system with air) hits the page where the first time, and it’s also a critical hinge point in Arabella’s physical and emotional journey. It’s the moment when she commits, beyond recall, to a life in male clothing as a crew member of an aerial clipper, and it’s also the first time she sees London, then England, and finally the whole planet Earth from above. This is where she sees how far she has already come, and where it’s clear just how far she has to go.

After this scene she has duties to perform, shoveling coal and swaying-out the masts and suchlike, and a whole new vocabulary of aerial gibberish to learn. Her life from this moment on will never be the same. But what will happen to her? You’ll have to read the book to find out.

David D. Levine is the author of novel Arabella of Mars (Tor 2016) and over fifty SF and fantasy stories. His story “Tk’Tk’Tk” won the Hugo Award, and he has been shortlisted for awards including the Hugo, Nebula, Campbell, and Sturgeon. Stories have appeared in Asimov’s, Analog, F&SF, Tor.com, and multiple Year’s Best anthologies as well as award-winning collection Space Magic from Wheatland Press.

David is a contributor to George R. R. Martin’s bestselling shared-world series Wild Cards. He is also a member of publishing cooperative Book View Cafe and of nonprofit organization Oregon Science Fiction Conventions Inc. He has narrated podcasts for Escape Pod, PodCastle, and StarShipSofa, and his video “Dr. Talon’s Letter to the Editor” was a finalist for the Parsec Award. In 2010 he spent two weeks at a simulated Mars base in the Utah desert.

David lives in Portland, Oregon with his wife Kate Yule. His web site is www.daviddlevine.com.