rie Patel is joining us today with her novel The Buried Life. Here’s the publisher’s description.

The gaslight and shadows of the underground city of Recoletta hide secrets and lies. When Inspector Liesl Malone investigates the murder of a renowned historian, she finds herself stonewalled by the all-powerful Directorate of Preservation – Recoletta’s top-secret historical research facility.

When a second high-profile murder threatens the very fabric of city society, Malone and her rookie partner Rafe Sundar must tread carefully, lest they fall victim to not only the criminals they seek, but the government which purports to protect them. Knowledge is power, and power must be preserved at all costs… 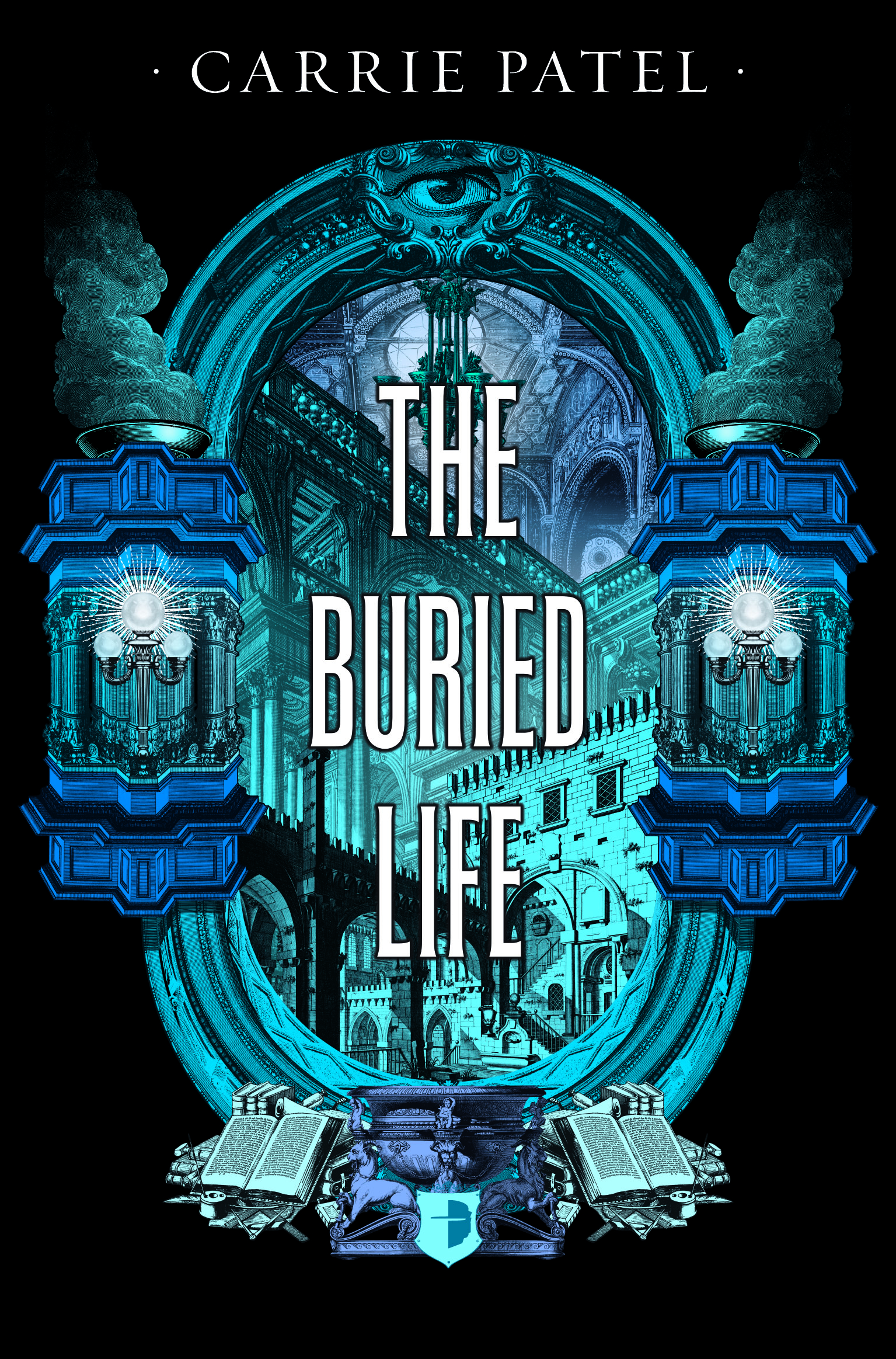 The director of my school theater program once said that the best way to build tension is to begin with two characters on opposite ends of the stage. As the scene unfolds, it’s watching them come together—and seeing all the missteps and breakthroughs along the way—that creates drama.

Recoletta is what social scientists would call a high power distance society—rank and prestige figure into a person’s job, living arrangements, and personal relationships. So while the characters of The Buried Life are trying to solve a mystery, they’re also digging their claws into whatever precarious niche they’ve carved out for themselves. When they cross paths, they reach across wide gulfs of status and experience.

One of my favorite scenes is the initial meeting between Jane Lin, a mild-mannered laundress, and Roman Arnault, an iconoclast and confidante to Recoletta’s ruling councilors. Prior to this exchange, Jane overheard a suspicious conversation between Arnault and one of the councilors, and she isn’t sure yet if he noticed. Now, she must humor his presumptions of familiarity without actually offending him:

He said her name slowly, as if trying it out. Jane flicked her gaze downward, noticing his hands and their clean but trimmed nails. After a few moments, he followed her eyes to the cigarette between his fingers. “Cloves,” he said, holding it up for her inspection. “Care for one?”

“A lady of modest habits.”

Jane had found that when whitenails and their ilk chose to make pronouncements on her station, bearing, or character, it was best to offer nothing but the tacit confirmation of a small smile, which she did now.

Arnault’s mild tone kept what came next from sounding like a rebuke. “Miss Lin, do I look like a man who enlists the services of specialty laundresses? Or whose recommendations on the same would be trusted?”

Arnault paused, and Jane, whose repertoire of etiquette offered no guidance for this kind of conversation, listened hopefully for Lena’s footsteps. “You can disagree with me, especially if I’m so pompous as to make sweeping generalizations about you, someone I have known for all of two minutes.” He took a deep breath, and Jane felt herself do the same. “So, Jane Lin, are you ready to tell me what you really think?”

Jane heard the words come out of her mouth before she knew what she was saying. “It’s easy for you to say so when you can get away with visiting a councilor dressed like that.”

Arnault’s expression changed slowly, his eyebrows lifting and his lips drawing back.

But he looked amused. “Speaking your mind is nothing to be sorry for, Miss Lin. I find a little honesty refreshing, especially in this neighborhood. So, how does a nice girl like you end up in it?”

“Everybody has dirty laundry, Mr Arnault.”

He chuckled, but in a way that suggested a private joke. “How right you are.”

“And you, sir? What kind of business are you in?”

“There’s no need to ‘sir’ me, Miss Lin. As for the business… I suppose you could say that I’m in the same line of work that you are.” He took another drag on his cigarette.

Jane looked him up and down, taking in his outfit again. “If we’re being candid, Mr Arnault, I find that hard to believe.”

“Should I be honest again?”

Arnault considered the clove cigarette between his fingers. “To return to your modest habits,” he said, holding the cigarette in the air between them, “you avoid these because…?”

Jane blinked. She didn’t want to mention that a habit like that was absurd for someone on her income. “They kill. From the inside.”

“So do a lot of things,” Arnault said. “And people. And just like your dirty laundry, some things are best kept private.”

He said it with a twinkle in his eye, but the memory of the overheard conversation sent flutters through Jane’s stomach. “Are you always this friendly with the domestic help, Mr Arnault?”

“I’m not friendly with anyone.”

“Then I have grossly misinterpreted our brief encounter.”

“That’s because you’re a good influence, Miss Lin, and you should stay for tea.”

Jane could not begin to fathom the reaction were she to have tea in Councilor Hollens’s home at Arnault’s invitation. “I thought you’d already enjoyed some with the councilor.”

“We shared a stronger beverage. But with a nice young lady like yourself, I’d have tea.”

As a reader, I love banter scenes for the way they bring out the goals, fears, and relative positions of two characters. They let you see each character through the eyes of the other, and they tend to bring a snappy sense of playfulness to a chapter.

This scene contrasts Jane’s attempts to fly under the radar with Arnault’s efforts to draw her out of her shell. They each test the other’s boundaries while playing their own cards close to the vest. Furthermore, the arch flirtation and the tension between them set the tone for the rest of their relationship. That’s why this passage is my favorite bit!

Carrie Patel is an author and narrative designer from Houston, Texas. Her first novel, The Buried Life, debuts with Angry Robot on March 3. It’s a steampunk-flavored science fantasy filled with murder and intrigue. The sequel, Cities and Thrones, comes out this summer. She also works as a narrative designer for Obsidian Entertainment and writes for their CRPG Pillars of Eternity. Her short story “Here Be Monsters” recently appeared in Beneath Ceaseless Skies. Exchange hellos and high fives with her on Twitter at @Carrie_Patel or check out her ramblings at www.electronicinkblog.com.

1 thought on “My Favorite Bit: Carrie Patel talks about THE BURIED LIFE”