Amy S. Foster is joining us today with her novel The Rift Uprising. Here’s the publisher’s description:

Normal seventeen-year-old girls go to high school, binge watch TV shows all weekend, and flirt with everyone on the face of the Earth. But Ryn Whitaker is trying to save it.

Ryn is a Citadel. A soldier. A liar. Ryn and her fellow Citadels were specially chosen and trained to guard a Rift—one of fourteen unpredictable tears in the fabric of the universe that serve as doorways to alternate Earths. Unbeknownst to her family, Ryn leaves for school each day and then reports for duty as an elite, cybernetically-altered soldier who can run faster, jump farther, and fight better than a Navy SEAL—which comes in handy when she’s not sure if axe-wielding Vikings or any number of other scared and often dangerous beings come through the Rift. A fine-tuned weapon, Ryn is a picture-perfect Citadel.

But that’s all about to change.

When a young man named Ezra is pulled through the Rift, Ryn finds herself immediately drawn to him, despite her training. What starts as a physical attraction quickly grows deeper, and Ezra’s curiosity throws Ryn off balance when he starts questioning the Rifts, the mysterious organization that oversees them, and the Citadels themselves—questions that lead Ryn to wonder if the lies she’s been telling her family are just the surface of a much bigger lie told to her. As Ryn and Ezra desperately try to get to that truth, they discover that each revelation blurs the line between the villains and the heroes even more. 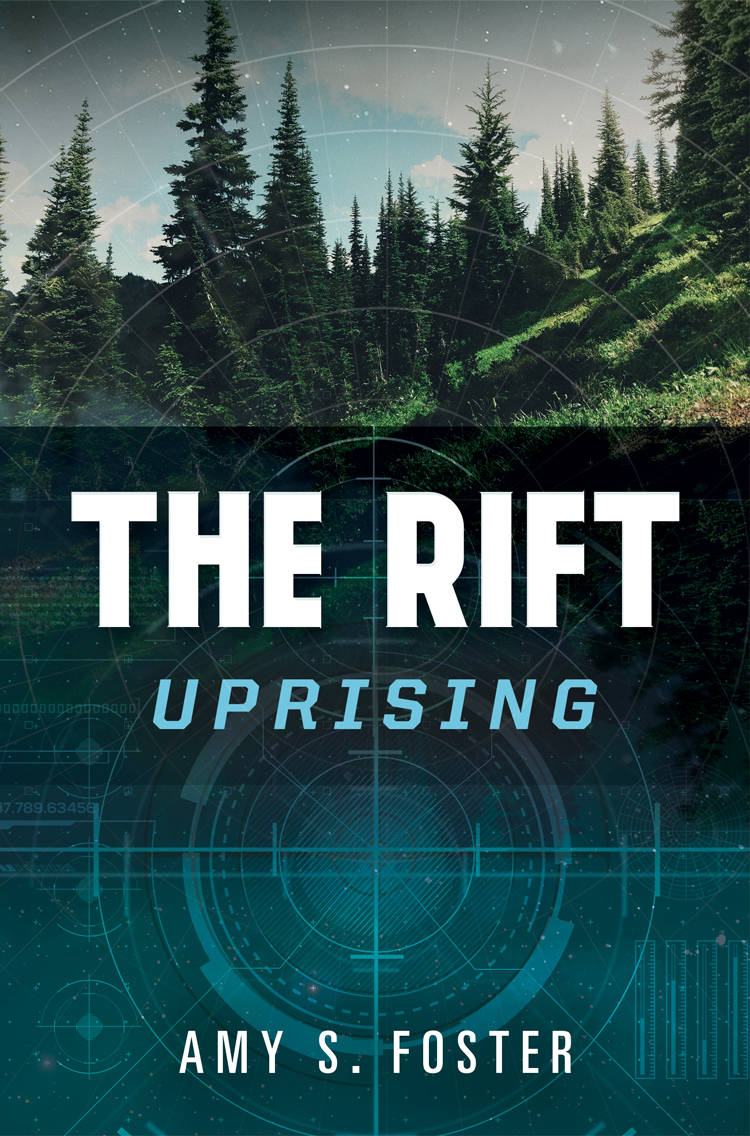 “Alright. Imagine, that each version of Earth is a musical note. ARC is looking for an Earth, just the same way a musician would look to tune a string on their guitar pitch perfect. Most people don’t have perfect pitch. They need help to make sure the note is 100% in tune, so they use a tuner. You pluck a string and then you turn the machine head, the silver nobs at the top of the guitar, until you get to the right note. That’s basically what this system ARC is using does. If each unique quantum signature is a note, their technology basically wobbles with the pitch–or the signature–until it gets close enough to open a Rift. If it’s looking for a b-flat, it can eliminate all the other Earths that don’t resonate to a b-flat. Then it begins to eliminate the Earths that aren’t a perfect b-flat.

“Now, in order to really get this concept, you have to imagine that there aren’t just twelve notes, but an infinite number of notes–each one distinct–and you’re trying tune the thing in a room full of other music. That’s why they can’t get exactly to the Earth they want to go. There is too much noise. They have to narrow it down. Each little tweak of the machine head would be a jump into another Rift. They have to go through multiple Rifts to get where they are going. Maybe it’s ten maybe it’s 100–I don’t know.”

Here’s the strange thing about me: I love science. Really, I am a total geek when it comes to physics and to some degree chemistry. What’s weird though, is that I have an actual math learning disability called Dyscalculia- which is a really fancy way of saying I’m crap at math. Like, I have a problem adding double digit numbers together. So, I can understand really complex theories about science, like string theory for example but the way I interpret them is not as a mathematician but rather on a visual level- I can see in my mind, the subatomic particles doing their thing (kind of hilarious because obviously, no one sees subatomic particles in real life)  I use my imagination to tell the story of the big bang, or black holes or relativity. I understand it as a story but not as a math equation. Make sense? No? It doesn’t make much sense to me either! I don’t know how I understand the things that I do.

When I was writing The Rift Uprising, I knew that I was going to have to come up with a way of explaining an entry to the Multiverse that not only I could understand, but that readers, particularly young readers could also grasp. Math was out of the question. A simple visualization of how it might work in my mind’s eye was also out, because it would be near impossible to explain it in actual words that made sense to anyone but myself.  Light was an option, but it’s so intangible. I needed a device that was visceral, that would make sense without the need for a ton of equations.

This left me with the one thing that I knew that I could not only explain but actually draw on from personal experience. Sound. I’m a songwriter, and both my parents are musicians. I believe the right song at the right time can be transportive, just on an emotional level. On a scientific level, sound wave particles can do amazing things like levitate objects, detect bombs and convert to heat and then energy. I then had to imagine a device that could take sound and use it like a key to open a very complex door. I know, even without being math-y, that there are an infinite amount of numbers between numbers like 1, 2 and 3 etc. I translated this notion to pitch. When I’m tuning my guitar and I want to get to a particular note there are seemingly endless variations of pitch till I get to that ‘perfect’ note. Using this theory, I had to imagine that each Earth in the Multiverse would pitch to a different sound or vibration. In effect, our bodies are all singing a tune to the Earth we are on. If we visit a different Earth, and we could hear that tune, it would sound different, we would sound different than everything and everyone around us.  In practical terms though, this would need to happen on a quantum level which is handy for me, because in The Rift Uprising, I am using technology humans haven’t mastered yet and are borrowing from a more technologically advanced race. I’m especially proud of the way I conceived an entry and eventual navigation through the Multiverse that while highly improbable at least makes a kind of sense. I did discuss all this with a physicist who assured me that it wasn’t impossible. So, I can say that the science isn’t wrong, just a little farfetched. The best part of all is that I was able to use this theory and turn it into a major plot device throughout the trilogies. It becomes, at the end of the day, at least in my world, practical.

Amy S. Foster is a celebrated songwriter, best known as Michael Bublé’s writing partner. You might recognize her work in his four hit singles, including “Home” and “Haven’t Met You Yet.”  She has also collaborated with Destiny’s Child, Diana Krall, Andrea Bocelli, Josh Groban and a host of other artists. She is also the author of the novel When Autumn Leaves. When she’s not in a studio in Nashville, Amy lives in the Pacific Northwest with her family. Amy is the daughter of singer B.J. Cook and the legendary music producer, David Foster. Fun fact about Amy: Her extended family tree includes Bella and Gigi Hadid, Sara and Erin Foster and Brody and Brandon Jenner, and Clay Aiken! The Rift Uprising, her YA debut, will be released on October 4, 2016.