Alan Gratz is joining us today with his novel Ban This Book. Here’s the publisher’s description:

A fourth grader fights back when From the Mixed-Up Files of Mrs. Basil E. Frankweiler by E. L. Konigsburg is challenged by a well-meaning parent and taken off the shelves of her school library. Amy Anne is shy and soft-spoken, but don’t mess with her when it comes to her favorite book in the whole world. Amy Anne and her lieutenants wage a battle for the books that will make you laugh and pump your fists as they start a secret banned books locker library, make up ridiculous reasons to ban every single book in the library to make a point, and take a stand against censorship. 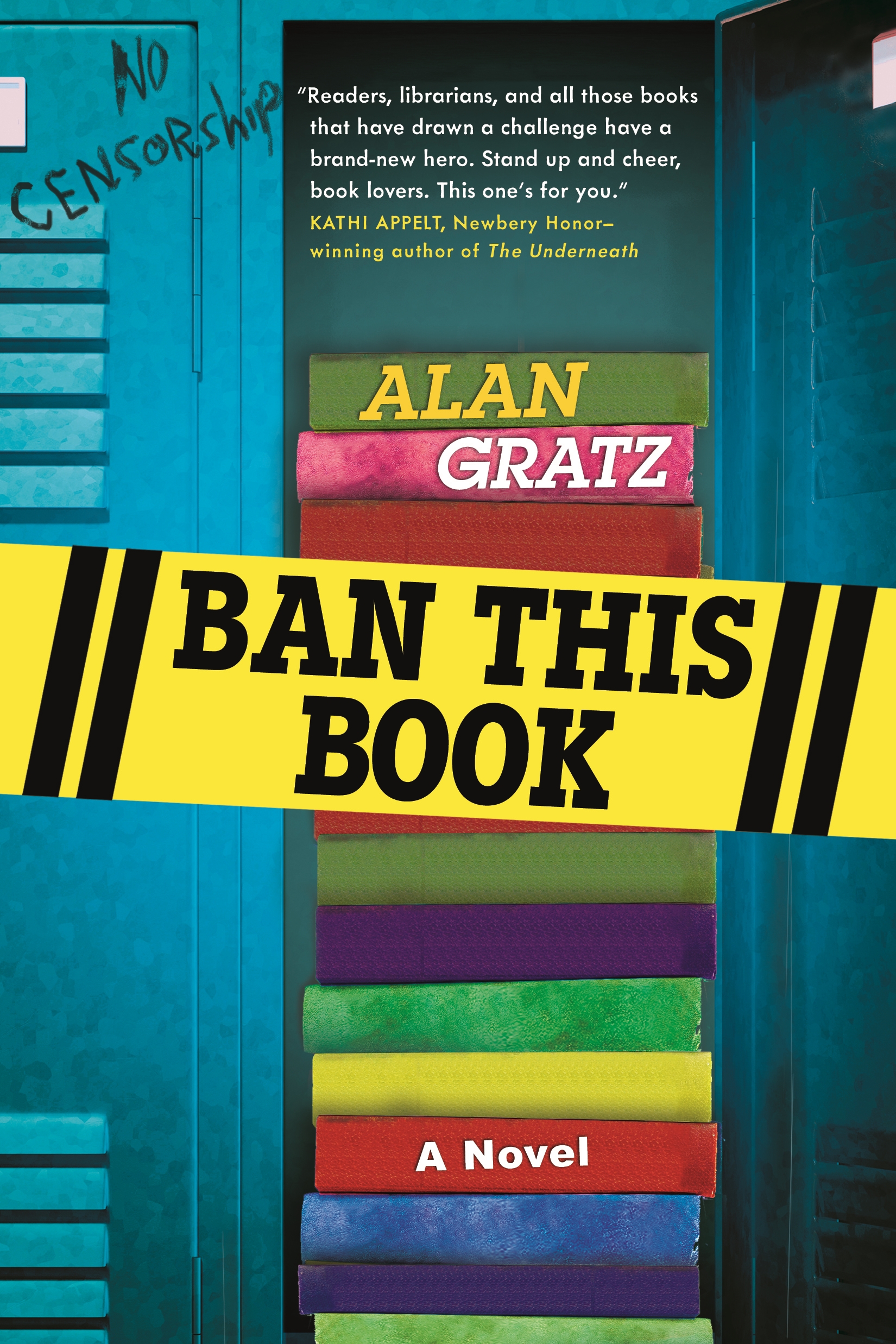 There’s a lot I love about this book, but there’s one bit I especially love, because I got to work in a bit of my own fandom into the story.

I’m a long-time Star Trek fan. The first novel I ever tried to get published was a Star Trek novel (Pocket Books didn’t buy it) and before I became a published kids book author, I wrote Star Trek fan fiction. I later got to write a young adult Star Trek novel that I actually got paid for—Starfleet Academy: The Assassination Game—but it’s not often that my Trek fandom crosses over with my books for young readers.

One of the other students in Amy Anne’s class is, like me, a die-hard Trek fan. His name is Jeffrey Gonzalez. Jeffrey is very close to his grandmother, and when she dies he has a really hard time dealing with. He has such a hard time that he becomes surly and contentious, and eventually gets into a fight at school that gets him suspended. Amy Anne is the only other student who realizes why he’s so upset, and being the budding librarian she is, she thinks she has the perfect book to help him work through his feelings: Katherine Paterson’s Bridge to Terabithia.

And it works. When Jeffrey reads the book, he finally lets out the emotions he’s kept bottled up inside, all the tears he didn’t allow himself to shed. It’s a cathartic moment for him, a real soul-cleanser. When Jeffrey comes to thank Amy Anne for the book, he tries to explain what happened to him, and this is where his (and my) love of Trek comes back in. The best way Jeffrey can explain the change that came over him is through a classic episode of Star Trek:

“I’m just glad you feel better,” I told Jeffrey. “You got really mean there for a little while.”

“I know,” Jeffrey said. “That was the Mirror Universe me.”

“The Mirror Universe you?”

“Yeah,” he said. “In Star Trek, there’s this Mirror Universe, and everybody there is the opposite of what they are in this universe. So if you’re good here, you’re bad there. The Mirror Universe Jeffrey took over for a little while, but Jeffrey Prime is back now.”

He was losing me. “Well, whoever you are now, I’m glad you’re back.”

Jeffrey smiled and saluted me with his fingers in a V shape. “Live long and prosper,” he told me.

I have a little more fun with the Mirror Universe bit just a chapter later, when Amy Anne discovers that her beloved school librarian, Mrs. Jones, has been replaced with her opposite number—a celebrity magazine-reading, kid-hating shusher whom Amy Anne quickly nicknames the Mirror Mrs. Jones. Amy Anne even has to consider which version of herself she likes better—the quiet, meek, no-trouble Amy Anne that she was, or the boat-rocking, rule-breaking, activist Mirror Amy Anne she’s become.

She certainly knows which one has made the greatest impact on her universe.

Alan Gratz is the author of a number of novels for young readers, including Samurai Shortstop, The Brooklyn Nine, Prisoner B-3087, Code of Honor, Projekt 1065, and The League of Seven series. His latest novels are the New York Times bestselling Refugee, and Ban This Book. A Knoxville, Tennessee native, Alan is now a full-time writer living in Western North Carolina with his wife and daughter. Visit him online at www.alangratz.com.