Abra SW is joining us today with her novel A Circus of Brass and Bone. Here’s the publisher’s description.

It’s the end of civilization, but the show must go on.

The Loyale Traveling Circus and Menagerie is in turmoil. During their ocean voyage from British India to Boston, someone murdered their ringmaster. The killer must be one of their own. Unfortunately, that is the least of their problems.

While they were at sea, an aetheric calamity sent a wave of death rolling across the world. In post-Civil War America, a third of the population died outright, and many of the survivors suffer strange nervous symptoms that are steadily increasing in severity. Basic technology is also rendered dangerously unstable by the disaster. The circus members find themselves traveling through the collapse of civilization. In such desperate times, what use is a circus?

If they can defend themselves against the starving populace, if they can outwit and outperform the political factions that have seized power, if they can fight off the ravening monstrosities born of the aether storm … they just might find the answer. 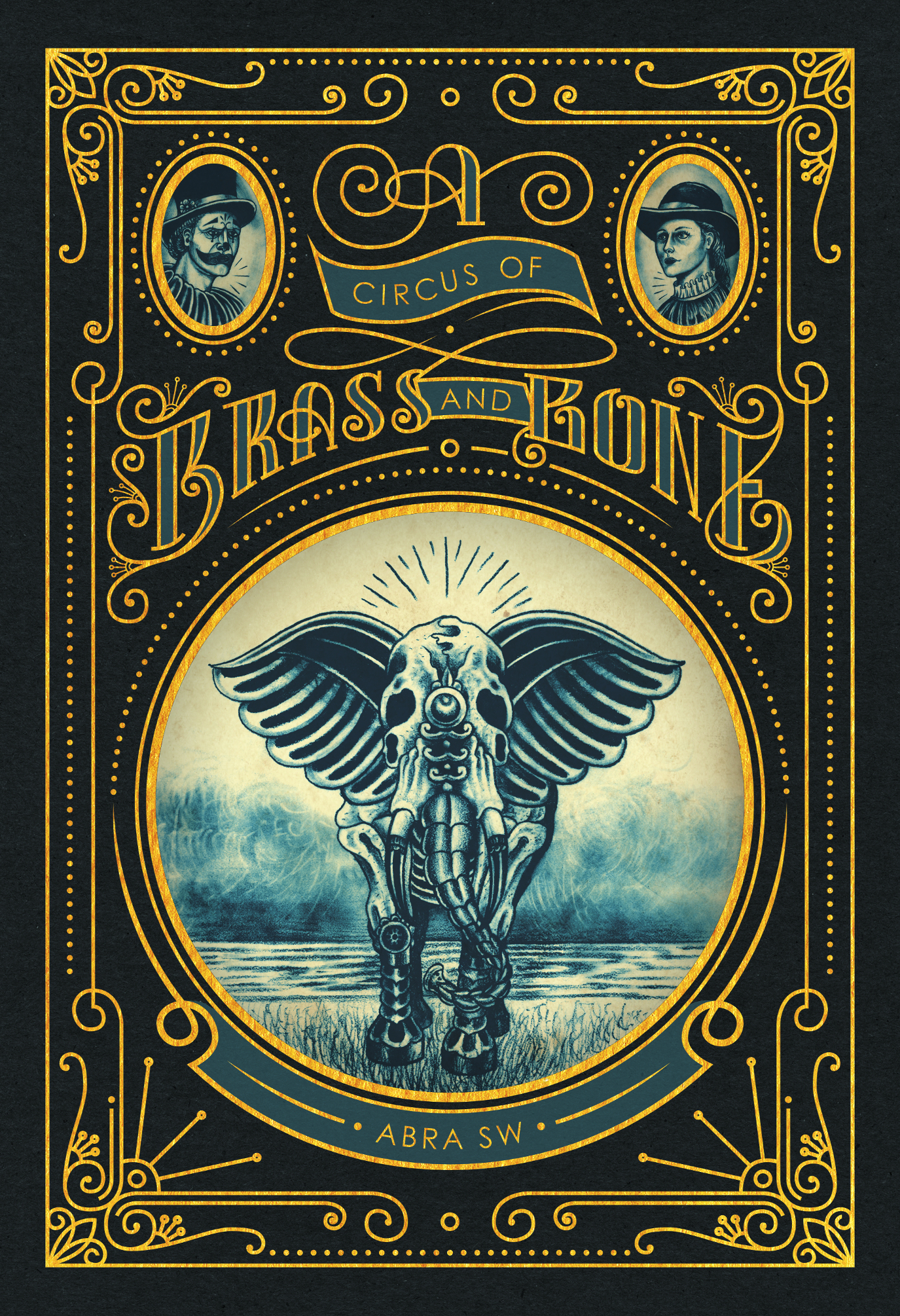 What makes your bones grow?

In A Circus of Brass and Bone, the answer is bone aether. Normal levels of bone aether simply maintain healthy bones. Adding a drop or two of harvested bone aether promotes rapid healing. Overdosing is . . . inadvisable. Bone aether is my favorite bit of the story because it has such wonderful potential for good and so many marvelous possibilities to go horribly, horribly wrong. As it does.

I started with the outmoded scientific notion of aether as a transmission medium. Natural philosophers proposed that aether was what allowed planets to move through space. It was what allowed sensations to flow through our own bodies. Light was able to travel because of luminiferous aether (and isn’t that a beautiful phrase?). Gravity itself could be interpreted using an aether model. If everything had its own type of aether, aether could explain everything.

A Circus of Brass and Bone imagines that aether theory is correct. People learn to collect and manipulate the different types of aether. By the time America starts rebuilding after the War Between the States, aether is the foundation for all technology. Without it, there would be no steam-powered ships and trains, no industrial machinery, and no telegraph communications. Even domestic comforts like electric lighting and plumbing depend on it.

I enjoyed exploring the ramifications of functional aether-based science. Some of its applications are only slight variations on actual historical technology. Others are a much larger departure into alternate history. Bone aether in particular has a lot of potential for everything from medicine to cosmetics to weaponry.

Consider a doctor in the Civil War. A mortally wounded soldier is carried into the medical tent. With the aid of bone aether, our hypothetical doctor can fuse flesh and bone together to save the soldier’s life. Maybe the doctor’s exhausted, but he has to keep working. When nobody’s looking, he might inject a tiny amount of bone aether to revitalize his energies. If he’s a Confederate doctor, he probably has more bone aether to spare. In the South, harvesting it isn’t illegal the way that it is in the North. Energized, the doctor sends his aether-powered mechanical creature back onto the battlefield to fetch more patients. There will be plenty of wounded to choose from, especially if the doctor is near the broad swath of destruction caused by aether-boosted super soldiers.

You won’t see a perfectly functioning aether technology-based society in A Circus of Brass and Bone, though. The story opens with a catastrophic chain reaction destroying the whole system. Technology is rendered dangerously unstable. Lines of communication are cut. Naturally occurring aether is also disrupted, including the bone aether inside people’s bodies. That’s when the fun really begins!

Abra SW spent several years living abroad in India and Africa before marrying a mad scientist and settling down to live and write in Minneapolis. She specializes in dark science fiction, cheerful horror, and modern fairy tales. Writing as Abra Staffin-Wiebe, she has had short stories appear at publications including Tor.com and Odyssey Magazine. Discover more of her fiction at her website, http://www.aswiebe.com.

2 thoughts on “My Favorite Bit: Abra SW talks about A CIRCUS OF BRASS AND BONE”