Before the whole writing thing, I spent some time as an art director for magazines such as Shimmer and Weird Tales. Despite that, I stay largely out of cover design discussions for my novel. Why? Because the people who are designing the covers know their jobs.

With my first novel, I had no input at all and I was fine with that.

As we’ve gotten deeper into the series, I’ve been invited to participate a little more. I thought I would share with you things that you can do to make the cover design process smoother, easier for everyone, and improve the chances of the cover reflecting the novel.

The first thing to understand is the purpose of the cover. It’s purpose is to get people to pick up your book and open it. The words inside will convince them to buy the book, but in order for anyone to see the words, they must first pick the book up. So you need a visually arresting cover.

It also needs to reflect what is happening in the book so that people don’t feel betrayed by that initial impression. The best way to think of the cover is like a movie poster. It should give the feel of the film but doesn’t need to represent a particular scene.

An example of the process.

Here’s a dirty secret. Most of the time, the cover artists and the designer don’t have time to read the book. They are relying on your editor’s description of the book. A lot of times, they need that description a year before the book comes out, which means that your editor might not have read it yet. Here, with permission, is the email exchange that my editor and I had about Valour and Vanity‘s cover.

I’m only a wee bit into Valour since I got a bunch of manuscripts all at once, but Irene’s already asking about cover concepts. I’m sure there’s a ton of great possibilities in this one, but is there anything in particular that’s jumped out at you as a good cover direction? (Scene, characters involved, &c)

Note that we’re talking about this more than a year before the novel’s release date of April 29, 2014. My reply to Liz.

It is so exciting Every Single Time when we get to the point where cover art is being discussed. Cool visuals in this book.

The magic that gets used:
Sphere Obscurcie again
Vincent makes a dragon
Doves flying through a Catholic church
A sort of oil slick/rainbow in the air that’s glamour breaking
A tableau vivant of Cupid and Psyche
A glamural of a orangery

Really though, I will be surprised if it’s not some form of Venice/gondola on the cover.

I can give character descriptions of people if you want them. It was nice to see Melody on the cover of Without a Summer.

And here’s the character description of Vincent that Larry Rostant was working from. 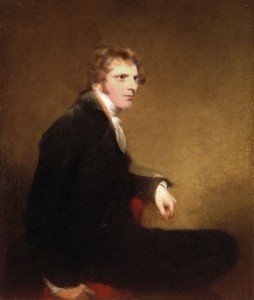 Can you get a description of Vincent. — “Tall, and very broad of chest. His hair was chestnut and curled about his head like Bacon’s portrait of Jean- Baptiste Isabey.” and “His brown curls were tousled in the fashionable wind- swept look which so many men struggled to attain, but which came naturally to him.He swept his hands through his hair so much, knotting them in place while he thought, that it was permanently dishevelled.”

His eyes are brown. He does the dark brooding thing a lot.

I’m attaching a picture of him, which I composited from a couple of different ones. Basically though, if Nathan Fillion had curly hair and were British.

Then on May 16, 2013, Liz sent me the mockups of the cover. Paying attention to the timeline there? It takes that long to put everything together and we’re still nearly a year prior to release.

Yes, I’m aware the title is wrong. The missing U is purely a typo, but this makes me realize that we actually have “in” instead of “and” in our title management system—which is really weird, because I thought I sent a correction memo somewhere along the way, but it seems it may have misfired. Eeep. Anyway, we’ll fix that ASAP.

You will note that neither of those have a gondola in them and that’s good. Why? In hindsight, a gondola just says that “This happens in Venice” while the fire dragon says, “MAGIC! Exciting, exciting magic.” Does Vincent actually make a dragon out of fire? No. He does create a dragon using glamour, but the fiery thing is just an artistic construct to suggest magic, because a dragon made of glamour looks like a dragon. This is a good example of why, even with an informed author, it’s probably not a good plan to try to design the cover yourself. The things that excite me about the book are all plot/context related. I know that the gondola is being used in a gondola chase and it’s a dramatic scene. To the average person who knows nothing about the book, gondolas are restful vacations. This is a heist novel. It needs more excitement on the cover.
So, here’s my reply.

OMG Those are goooooorgeous. Again. God. Larry Rostant blows it out of the park every time.
Of the two, I prefer the compositional movement in v.3. I like the way Vincent is looking toward Jane and her gaze directs the viewer back into the book. But– the dragon in v3 looks a little like it is threatening her. I’m not sure how I feel about that ambiguity.
Also, I just noticed that this is the first time I’ve looked at the models and felt like I had my main characters on the cover. Granted, Carmen is prettier than Jane, but she’s right in the Hollywood sort of way.
Which one do you prefer?

My answer is a bit wishy washy, though I also like some elements of each. I said, “Oh, interesting. I think I like the direction of the second one a bit more, but like seeing buildings in the first.” I’ll pass your comments more and see if maybe there’s any way we could get a melding of the two.

And this is the final cover. 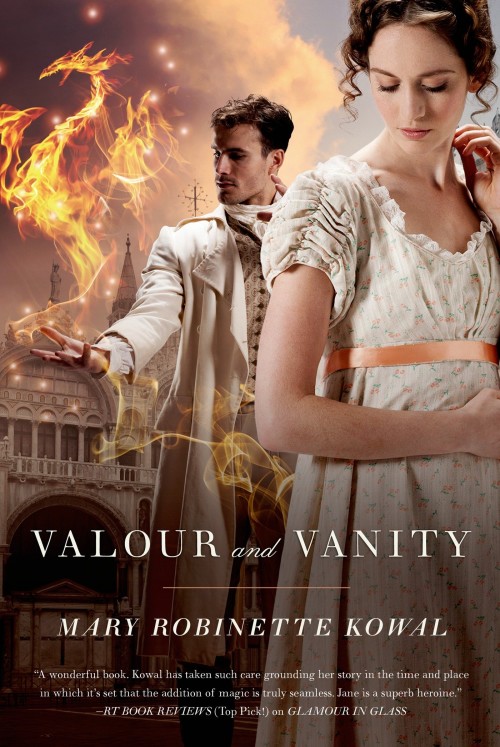 Again, you’ll note that this is not the cover I preferred, but I think it’s the right one. It shows more of Venice and that is important. Having them facing away from each other implies tension, which the other one didn’t have as much.

The colors have been deepened and the layout was adjusted a fraction to show off more of Venice.

What’s also interesting is that Larry Rosant used a dress I described in the book, but with a different sash color. Because we were so far out, I went back in and adjusted the description of the dress to match the one on the cover.

She had borrowed a day dress of sturdy muslin. The dress itself was a simple round gown, but the fabric was sprigged throughout with small flowers. The peach sash seemed exactly calculated to please her.

So, what can you do to help your design team?

What if the cover is all wrong?

Okay, this happens. What you need to ask yourself is if the thing that is wrong will misrepresent the book. For instance, the woman on the cover of Glamour in Glass is waaaaay too pretty to be my main character. However, she expresses Regency, romance, and moodiness. Who is she? She’s the woman who will sell my novel.

If my main character were a woman of colour, that would be different because it will create the wrong impression in my reader’s heads. A hoopskirt. A machine gun. Anything that is going to lead to readers thinking it is a different book is a problem. Those you fight for.

How do you discuss problematic elements of a cover?

Remembering that the primary purpose of the cover is as a marketing tool to sell the book, you explain your problems with the cover in terms of how it will affect sales. Lay out the problems with the perception that the book will create, and how it will alienate your readership. Use your agent to deliver the message so that you can retain a clean artistic relationship with your editor.

This will require research. Try to do it without going public about the problem.

Yes, you can drop the internet on your publisher’s head, but that is not your first step. When you see that happen, you may be certain that backstage efforts have happened prior to the public expression of concern.

It is tempting to show off the cover the moment you have it. Wait. Check with your publisher before displaying it publically. Why? Because sometimes the art is not the final. You don’t want that being the art people grab when they are talking about your book. Or sometimes your publisher has promised an exclusive peek to a website as part of a publicity push. You don’t want to blow that for the sake of enthusiasm.