Susan Forest is joining us today to talk about her novel Bursts of Fire. Here’s the publisher’s description:

Bursts of Fire begins an epic political fantasy of revenge, addictions, and redemption. In an empire where magic has become suspect, love and loyalty–for one’s lover, one’s family, one’s country–are tested. If Heaven desires the very earth be burned, what place can those below hope for, when the flames come for them?

The Falkyn sisters bear a burden and a legacy. Their mother, the imperial magiel of the kingdom of Orumon, protects her people from the horrors of the afterlife by calling upon the Gods with a precious Prayer Stone. But war among the kingdoms has brought fire and destruction to their sheltered world. When a mad king’s desire to destroy the Prayer Stones shatters their family, the three girls are scattered to the wilderness, relying on their wits and powers they don’t yet master.

Assassin. Battle tactician. Magic wielder. Driven by different ambitions, Meg, Janat, and Rennika are destined to become all these and more. To reclaim their birth right, they must overcome doubtful loyalties within a rising rebellion; more, they must challenge a dogma-driven chancellor’s influence on the prince raised to inherit his father’s war: a prince struggling to unravel the mystery of his brother’s addiction to Heaven.

To survive. To fight. To restore balance. 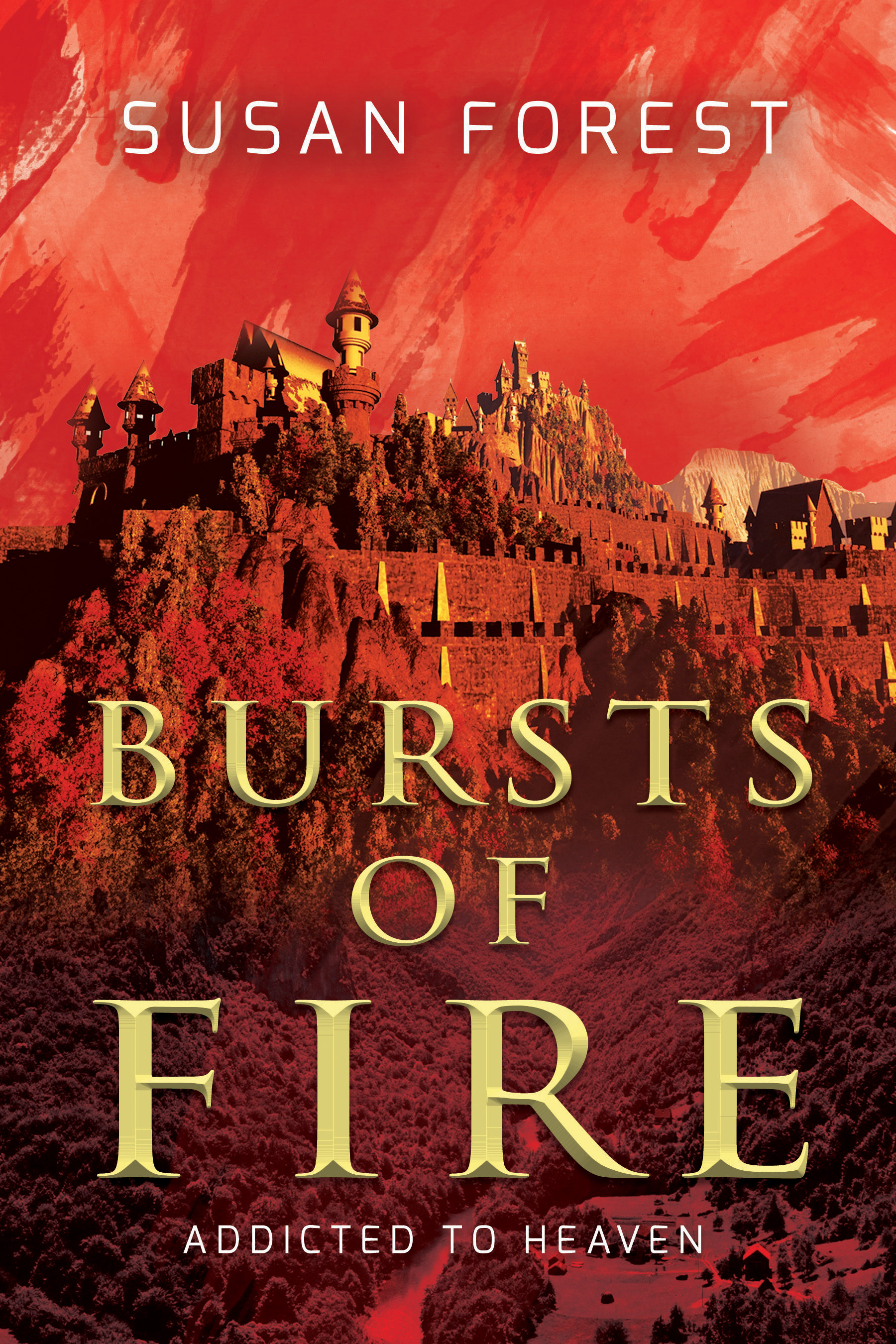 One of many impetuses I had for creating the world of Shangril came from my roots growing up in the Rocky Mountains of Western Canada. I was only a city kid by geography; on weekends, my father took my sisters, my brother, and me trekking through forests and across scree slopes and glaciers, tenting or staying in back country huts (I even slept in an ice cave), watching long summer twilights from high alpine meadows, or taking a midnight ski by moonlight.

My dad, though an engineer by profession, was at heart a mountain man. He grew up fishing, tramping the woods of northern Saskatchewan, and hunting partridge for dinner, on his family’s farm during the Depression. So, years later, when my older sister brought home a permission slip from school to join the Alpine Club of Canada, mountaineering was a natural outgrowth of his passions. He found his true love: before he died at the age of eighty-three, my father had become the first person to scale all the peaks in the Canadian Rockies over 11,000 feet (53 peaks), and the oldest person to climb Canada’s highest mountain, Mt. Logan. But more than an explorer, my father was a family man who included his kids on his adventures. It meant everything to him to pass on the legacy of outdoor survival and backwoods camaraderie to his children.

And so it was that my siblings and I spent a great deal of time absorbing the skills of outdoor living and developing a love of the wilds.

But the interrelationships of sisterhood are complex and deeply rooted (my brother moved north in his twenties). My older sister was a strong, self-assured woman who didn’t necessarily have time for her younger siblings. She began duck hunting at an early age and skiing with members of the National Ski Team in her teens (and was, therefore, an excellent downhill skier in her own right). In her twenties, she became the first female National Park Warden in Canada. She was on the first all-women’s team to attempt Mt. Logan.

My younger sister, always one to work her heart out to keep up to the rest of us, was a cross-country skier, climber, chainsaw wielder, and horsewoman. She also became a National Park Warden (Rescue Specialist), and she was one of only a handful of women in Canada to earn her full Mountain Guide’s License. Today she is a heli-ski guide, mountain guide, and horse outfitter. Five-foot-two and a hundred and ten pounds, and my best friend.

There were times, growing up, when we did a variety of outdoor activities together, but because of the age spread, my older sister had moved on to activities with her friends before I took up climbing and skiing, and my younger sister was riding in a backpack or getting towed on her skis behind my dad. So, some of our shared experiences took the form of conversations around the dinner table, and the recounting of close encounters (but nothing that would worry my mom) or funny situations. Today we do still hike, ski, and ride horses together, but often just two of us at a time.

Nevertheless, the experiences I have had pursuing outdoor sports have given me a wonderful launch point for writing fantasy adventure. In a still-unpublished work, I’ve written scenes taking place in a cave that draw on my experience being in the third or fourth party to explore Rats Nest Cave on Goat Mountain. Early in Bursts of Fire, the three sisters are caught out on a mountain above tree line, and must negotiate its scree and fragmented rock ribs, in the cold of late September. I know what the wind on mountain tops is like; what it’s like to down-climb cliff bands to safety; what it’s like to tramp endlessly through trackless woods, not quite certain of the path. I’ve chopped wood, drawn water from a rushing river, washed my dishes with moss in an icy stream. The primitive stone and log huts in the series are modeled on places I’ve stayed.

An example of capturing the essence of harsh mountain weather is illustrated in these few lines:

She lifted thin arms to the wind, pitilessly small beneath the swirling gray sky. “We’ve done everything…everything you demanded…”

Rennika’s grief turned to lead in her limbs.

The wind rushed over them, drenching them with rain, speared their faces with icy needles, its endless lonely breath in their ears.

So, yes. Writing fantasy adventure in Bursts of Fire takes me back—at least in my mind—to the places I’ve been, the people I’ve known, the sensations I’ve felt. And that is definitely my favorite bit.

Susan Forest grew up in a family of mountaineers and skiers, and she loves adventure. She also loves the big ideas found in SF/F, and finds fast-paced adventure stories a great place to explore how individuals grapple with complex moral decisions. Bursts of Fire, first book in her Addicted to Heaven series (to be followed by Flights of Marigolds in 2020), confronts issues of addiction in an epic fantasy world of intrigue and betrayal. Susan is also an award-winning fiction editor, has published over 25 short stories (Analog, Asimov’s, BCS, & more), and has appeared at many international writing conventions. She loves travel and has been known to dictate novels from the back of her husband’s motorcycle.