Stephen Moore is joining us today with his novel Graynelore. Here’s the publisher’s description:

Rodrig Wishard is a killer, a thief and a liar. He’s a fighting man who prefers to solve his problems with his sword.

In a world without government or law, where a man’s only loyalty is to his family and faerie tales are strictly for children, Rodrig Wishard is not happy to discover that he’s carrying faerie blood. Something his family neglected to tell him. Not only that but he’s started to see faeries for real.

If he’s going to make any sense of it he’s going to have to go right to the source – the faeries themselves. But that’s easier said than done when the only information he has to go on is from bards and myth. 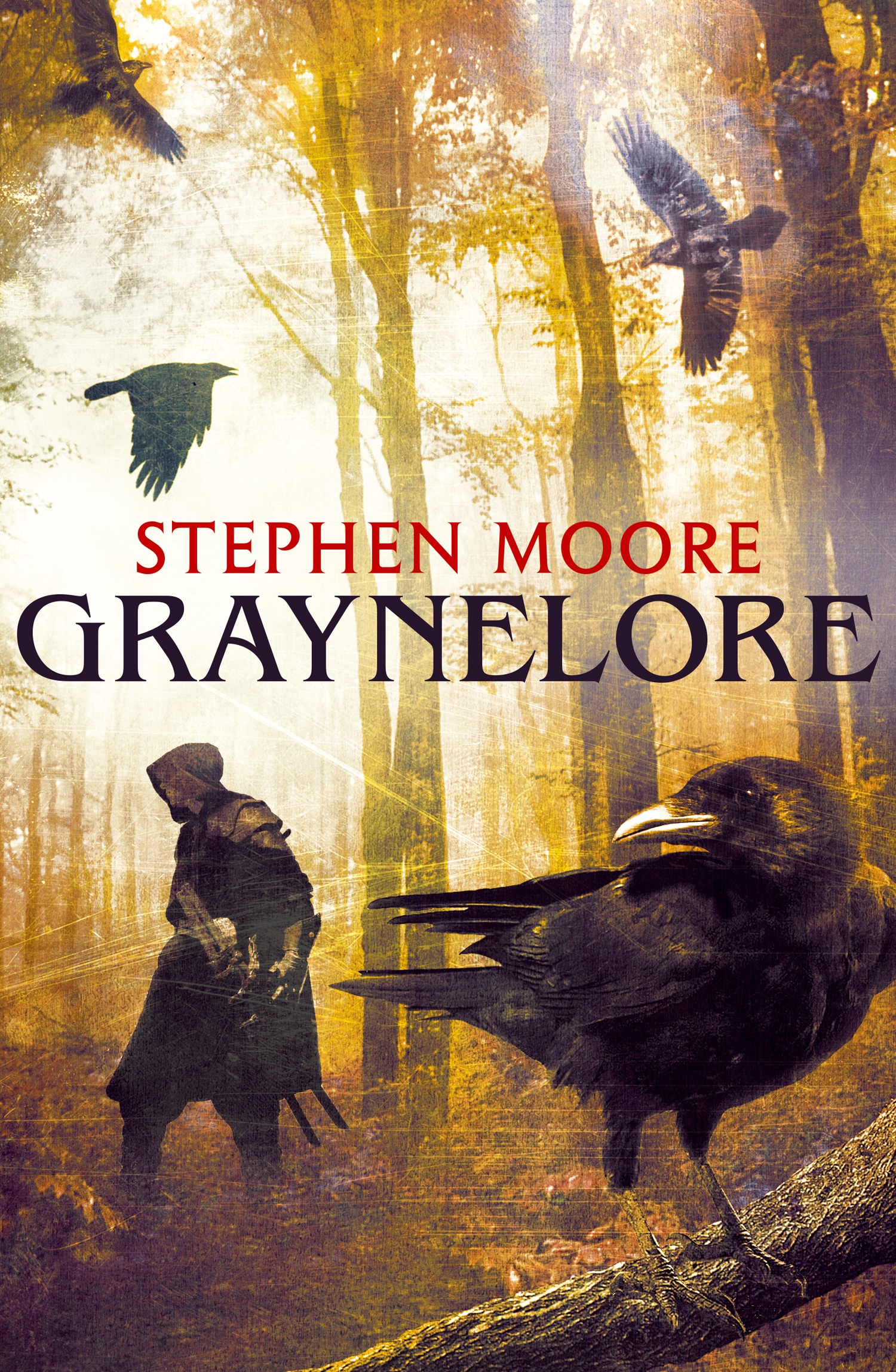 A few years ago I had a conversation with my mother about her historical family roots and she reminded me that I am, in fact, directly descended from notorious Sixteenth Century Border Reivers. Who? Family groups from the English/Scottish borderlands that looked upon theft, kidnap, blackmail, murder and blood-feud as all part of normal daily life. What author worth their salt wouldn’t want to write about that? I couldn’t resist, and after travelling a long and winding road of research and creative adventure I was eventually to arrive at my fantasy novel, GRAYNELORE. And how might I best describe GRAYNELORE? If it’s an epic fantasy, it’s also a tale of divided loyalty. It’s a blood-soaked mystery, a grown-up faerie-tale and, in its own twisted way, a kind of love story.

Which begs the question: out of all those amazing possibilities, do I have a favourite bit? It’s my book… of course I do! I have lots of favourite bits! But if I must pick out just one then I must.

After much thought, I’m going to choose the very first scene I wrote when I began Graynelore. It came to me fully formed and almost word perfect first time. (Believe me, an extremely unusual event for a writer who composes piecemeal and as inspiration hits; an author who can easily re-write a scene a dozen times or more in an attempt to get it just right.) Originally this scene did not belong anywhere in particular, only eventually becoming the start of Chapter Six: The Killing Field, and pivotal to the plot.

Why do I love it? Well… It very much set the tone and nature of the story I went on to tell. Also, I’m a very visual author. I see the actions, the events and the landscapes of my tales clearly laid out before me. And I’m a lover of beautiful words. The way they read off the page; indeed, the way they visually appear in print. It’s all important, and not to be rushed! This particular scene begins with the description of a face, a beautiful, enticing, seductive image. However, as the scene unfolds, it quickly becomes apparent that all is not what it first appears to be…

Her eyes, they were a blue that startled, invited, demanded. They caught hold of me, drew me to her like a lover. Still wet, they glistened. Not with tears. Nor fear. There was no stain on her cheeks. Her white cheeks… White skin… She was a beauty yet. The wind was playing lightly across her face, moving a single frond of auburn hair. She had caught it upon her tongue at the edge of her mouth. Open mouth. Red mouth… Surely she was teasing me, smiling, whispering. No… yes.

I tried to put Notyet’s face in the way of hers, only I could not seem to find it. Vague, hidden as if veiled, its image would not come to me.

Did she really speak my name, then? No… yes. No. It was only the voice of the wind.

But this last was not a woman’s voice, nor the wind.

‘Watch this, Rogrig!’ It was a clumsy youth who had spoken: Edbur, my elder-cousin Wolfrid’s whelp, his laughing cry was thin with a disguised fear.

Then there was violence, the sweet scent of fresh blood spilled, the kicking.

I was suddenly released from my stupor and the woman’s spell was broken. Instinctively I gripped the hilt of my sword, but let it rest at my side. There was no threat here. I recognised the boy’s smell. Edbur, Edbur-the-Widdle… It was a fitting nick-name. He was old enough, and big enough to fight, but the whelp soiled himself at every skirmish. Still, there had been killings made here, and if wounded pride was the worst of his injuries he had served his surname, his grayne, better than many. The fortunes would soon forgive him for it. And if they did not, well, then I would forgive him in their stead.

The boy’s swinging kick sent the severed head of the dead woman tumbling. Edbur-the-Widdle laughed outrageously as it thumped and thudded between grass and gulley, as it broke heavily upon stone, spilling teeth, spitting blood.

Not a woman now.

Is the scene a little gory? Perhaps, but it’s also honest and even beautiful (I hope). And if it was to become important to the story, it was also pivotal in another way. You see, up until this point all of my books had been written for older children (and I’ve been a published author for nineteen years!) With this one scene, I found myself standing at an unexpected crossroads. And I knew if I was going to write truthfully about Border Reivers, it might well be a faerie tale, but it was not going to be a children’s story. And so it turned out. GRAYNELORE is my very first fantasy novel for adults.

Stephen Moore is the author of the fantasy novel, GRAYNELORE. (Published by, HarperVoyager. 13th August 2015.)

Stephen hails from the North of England; a beautiful land he loves to explore; full of ancient Roman history, medieval castles and remnants of the infamous Border Reivers.

Long ago, before he discovered the magic of storytelling, he was an exhibition designer and he has fond memories of working in the strange old world of museums. Sometimes he can still be found in auction houses pawing over old relics!

He loves art and books, old and new. He’s into rock music, movies, history and RPG video games! But mostly, he likes to write, where he get to create his own worlds.