Sarah Henning is joining us to talk about her novel The Princess Will Save You. Here’s the publisher’s description:

The Princess Will Save You is a YA fantasy adventure inspired by The Princess Bride, in which a princess must rescue her stable boy true love, from the acclaimed author of Sea Witch, Sarah Henning.

When a princess’s commoner true love is kidnapped to coerce her into a political marriage, she doesn’t give in—she goes to rescue him.

When her warrior father, King Sendoa, mysteriously dies, Princess Amarande of Ardenia is given what would hardly be considered a choice: Marry a stranger at sixteen or lose control of her family’s crown.

But Amarande was raised to be a warrior—not a sacrifice.

In an attempt to force her choice, a neighboring kingdom kidnaps her true love, stable boy Luca. With her kingdom on the brink of civil war and no one to trust, she’ll need all her skill to save him, her future, and her kingdom. 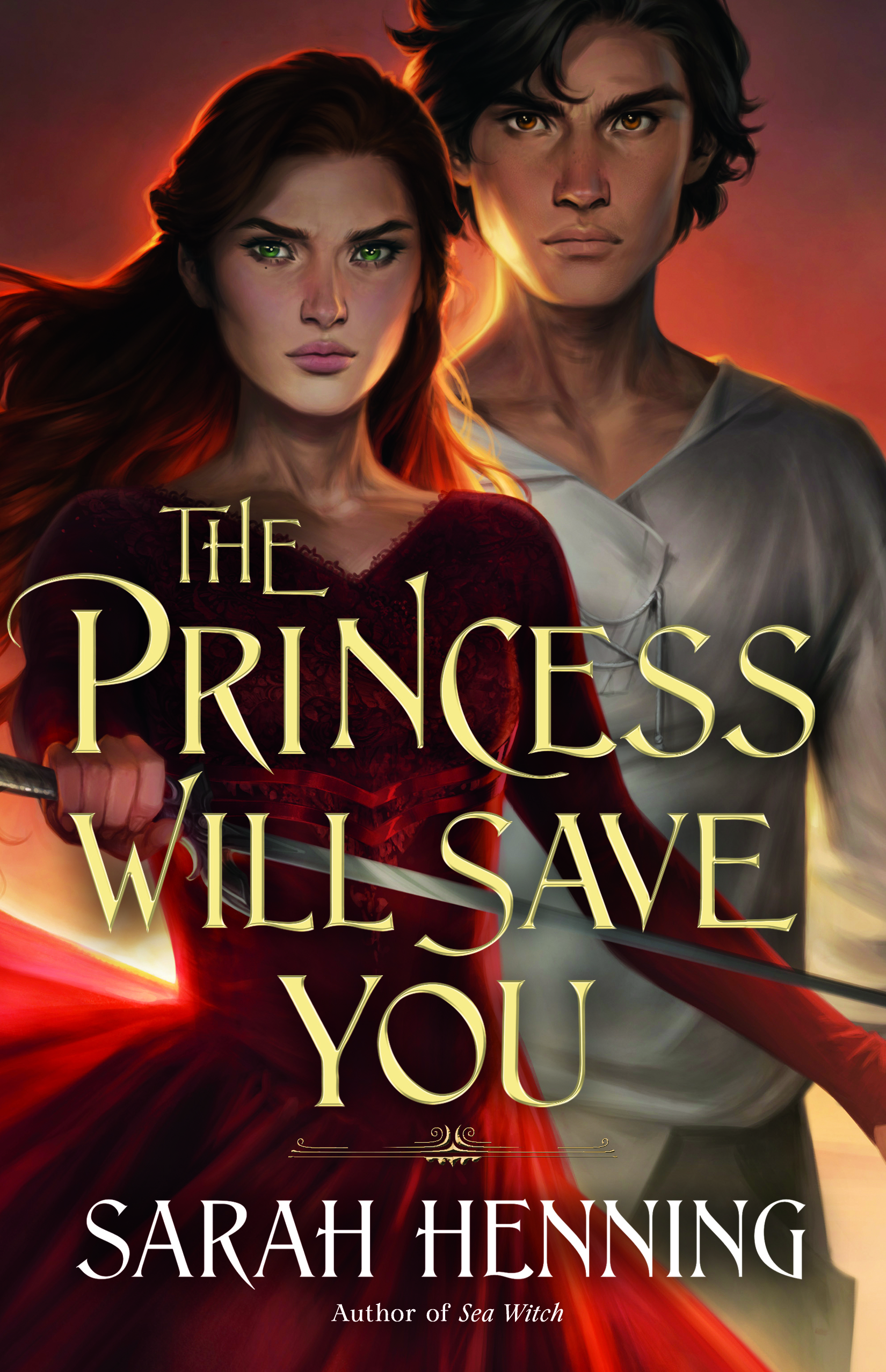 The Princess Will Save You is the story of Princess Amarande of Ardenia, whose commoner true love, a stable boy named Luca, is kidnapped in a bid to push her into a political marriage. But rather than play the game, she changes it—setting out to rescue Luca, and possibly her kingdom’s future in the process.

Honestly, my favorite part of writing this book and its sequel (summer 2021) was subverting and exploring both the classic damsel trope and the more modern “Mary Sue” labeling of female characters who know what the hell they’re doing.

I think it’s crucial to tell stories with female characters that have agency and stand up for themselves. The difficulty with even attempting that goal can be found in the evolution of the aforementioned “Mary Sue” labeling, which can be slapped on any female character who is competent at the outset.

Just look at Rey from the most recent Star Wars incarnation—she was an orphan, hardened by making ends meet on a desolate planet with a predatory community, and yet she was torn apart for knowing and using her own strengths and just generally being too put together (eye roll). If she’s a Mary Sue, then so is Jack Reacher. I love both of those characters equally and I can tell you either one would break your hand if you called them a Mary Sue/Gary Sue to their face. So, I would advise against it.

But as a society, we’re much more comfortable with the idea of the damsel trope, thousands of years old as it is. Snow White, Sleeping Beauty, Princess Buttercup (who was a big inspiration in my tale)—they are sometimes main characters, but most of the time not—a prize to be won, along with their adoration, via brave rescue.

That said, it’s easy to see why the “damsel in distress” has become such a popular archetype across cultural lines. In one tidy plot line it showcases the helplessness of a victim, the bravery of her savior, the evil of the rival/witch/mystical creature who put the damsel in such peril in the first place, all the while giving the audience a natural beginning, middle, end of a hero’s journey.

And beyond just being the scaffolding for a good story, the damsel trope also feeds into a strong pull of human nature: we want to believe someone will value us enough to save us. If we are in a bind and can’t rescue ourselves, we want to believe someone will come for us. Again, the lean-in toward popularity from this angle is easy to understand and hard to deny: whether it’s a natural inclination or something that is culturally ingrained, this ideal is reinforced with every damsel-type climax we consume.

In Princess, there are several layers I wanted to examine in consideration of the damsel and what is typically missing from her story arc: character agency, mutual consent, and a challenging of patriarchal power structures.

To that end, though born into power, Amarande faces a very similar struggle to the classic damsel simply because she’s a woman in a purposefully hyper-patriarchal world. So much so that when her father dies, she cannot rule on her own without marrying even though she is the king’s sole heir. Despite her blood, or maybe because of it, she’s something to be claimed/owned/won.

This grates on Amarande because she was trained from a very young age to be a warrior, and now, here she is, an object to be won by scheming royals, eager to take control over her kingdom, via ring and vows. Plus, she’s sixteen, and in love with her best friend, and not interested in giving away her birthright to someone who may or may not have killed her father.

She feels at a loss and plans to do something about it…which leads to Luca’s kidnapping. He is someone she values—making him the perfect blackmail. And thus, the damsel trope is in effect, upside-down, with a main character who skips the inspirational/abusive “training montage” section of the hero’s journey and simply sets out to rescue him.

And though she’s acquired the skills of a warrior, Amarande is still challenged. She’s never had to use them in a way that actually meant life and death. She’s never had to deal a killing blow, even if she knows how. She’s never been deprived of food and water, or had to race across a blazing landscape. And she’s never had her heart on her sleeve in such a painful way while attempting any of it.

It is that urgency and love and determination of this confident, loyal character going after exactly what she wants that amounts to my favorite bit.

The Princess Will Save You Universal Book Link

Sarah Henning is a recovering journalist who has worked for the Palm Beach Post, Kansas City Star and Associated Press, among others. When not writing, she runs ultramarathons, hits the playground with her two kids, and hangs out with her husband Justin, who doubles as her long-suffering IT department. Sarah lives in Lawrence, Kansas, hometown of Langston Hughes, William S. Burroughs, and a really good basketball team.

Sarah is the author of SEA WITCH, which was an Indies Introduce and Indie’s Next selection, and its follow-up, SEA WITCH RISING. In 2020, she had two releases: Her first YA contemporary, THROW LIKE A GIRL, which is about a down-spiraling softball player who is recruited to play quarterback on her ex-boyfriend’s football team; and, the first in a new feminist fantasy duology inspired by The Princess Bride, called THE PRINCESS WILL SAVE YOU.