Rebecca Schaeffer is joining us today to talk about her novel Only Ashes Remain. Here’s the publisher’s description:

Dexter meets Victoria Schwab in this dark and compelling fantasy about a girl who seeks revenge on the boy who betrayed her, a sequel to the critically-acclaimed Not Even Bones.

After escaping her kidnappers and destroying the black market where she was held captive, all Nita wants is to find a way to live her life without looking over her shoulder. But with a video of her ability to self-heal all over the dark web, Nita knows she’s still a prime target on the black market. There’s only one way to keep herself safe. Nita must make herself so feared that no one would ever dare come after her again. And the best way to start building her reputation? Take her revenge on Fabricio, the boy who sold Nita to her kidnappers. But killing Fabricio is harder than Nita thought it would be, even with Kovit by her side. Now caught in a game of kill or be killed, Nita will do whatever it takes to win. 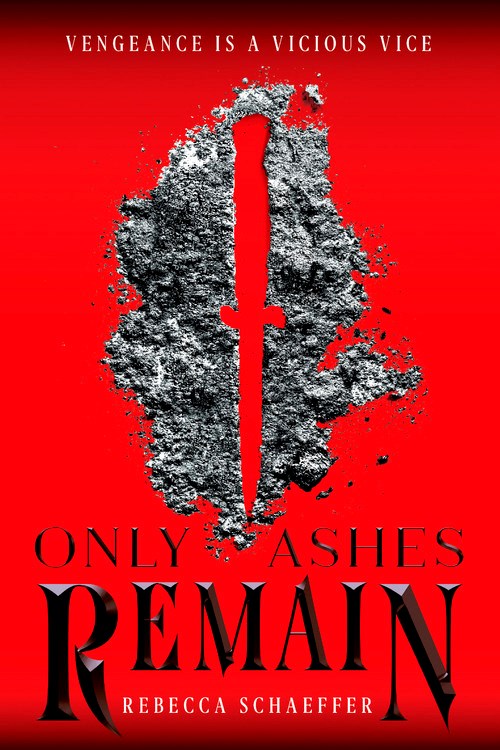 Body parts are a staple of fantasy novels, so much so that most of us don’t even question it anymore. Witches use eye of newt and unicorn horn in their potions, while bottles of dragon scales and pixie dust clutter their shelves.

But where did all those body parts come from? I don’t know about you, but I’ve never gone into a Wal-Mart and found newt eyeballs in the kitchen aisle. And if I did, I’d have to wonder why PETA and Greenpeace weren’t all over Wal-Mart for mass newt eye theft. Where are the eyeless newt bodies littering the dirt and who are the people that spend their days popping those eyes out and putting them in a jar?

When I created the Market of Monsters series, I wanted to show that other side, explore the world of magical creature body part trafficking, and all the various ugly pieces of it. It’s been my favorite part of the series, because it’s something that I do on both a small scale, weaving tiny details into the fabric of the world, as well as addressing it on a broad scale thematic level, asking questions about humanity and monstrousness and what that even means when you’re murdering ‘monsters’ to sell for parts.

The world of Not Even Bones and Only Ashes Remain is our world, but populated by unnaturals. Some look human, some don’t. Some are dangerous, some aren’t. Many are based on various mythological creatures, like Unicorns, Kappa, Kelpies, Vampires, and Krasue.

The one thing that all these species have in common is that there is a thriving black market for their body parts.

The main character, Nita, and her mother hunt down unnaturals and sell pieces of them on the internet. They grind up unicorn bones into powder so that drug addicts can buy it and snort it to get high. They drain vampire blood and sell it as an anti-aging cream. Sometimes they pass off human body parts as monster ones, and lie about what they can do.

When Nita ends up on the other side of the black market, as a product rather than a seller, we get to experience the story from a different angle. She’s been merchant and merchandise, abuser and victim, monster and human, allowing the book to explore all those complicated angles of unnatural body parts trafficking.

And they are complicated—this world is a funhouse mirror of out own, and just like our own, black markets exist and will continue to, because people profit. Not just the sellers of unnatural body parts, but the politicians and police who are bribed to turn away. And of course, the day-to-day ‘normal’ consumers of these products, the arthritic elderly who want to use zannie blood as a painkiller, the women who rub vampire blood infused anti-aging cream on their faces.

From corporations claiming chinchillas are unnaturals so they can skirt animal cruelty laws, to a unicorn bone drug epidemic in middle America, there’s so many interesting ways to explore the ugly side of the magical body parts business. I think it’s the details that truly bring a world like this to life, the nitty gritty pieces that make the black market body parts industry feel all the more real.

Not all unnaturals are monsters. Not all monsters are unnatural – humans can be just as terrible. Exploring the ugly side of a world where magical body parts are a big industry, picking apart the questions of where they come from, how these industries are maintained – and who profits from them – is one of my favorite parts of this series.

Rebecca Schaeffer was born and raised in the Canadian prairies. Her itchy feet took her far from home. You can find her sitting in a cafe on the other side of the world, writing about villains, antiheroes, and morally ambiguous characters. She is the author of Not Even Bones, the first in a dark YA fantasy trilogy.