R.W.W. Greene is joining us to talk about his novel The Light Years. Here’s the publisher’s description:

The captain of a family-owned starship arranges a marriage for her son in hopes of achieving faster-than-light travel and maybe, just maybe, marital bliss.

Before Hisako Saski is even born, her parents make a deal on her behalf. In exchange for a first-class education and a boost out of poverty, Hisako will marry Adem Sadiq, a maintenance engineer and self-styled musician who works the trade lanes aboard his family’s sub-light starship, the Hajj.

Hisako is not happy when she finds out about the plan. She has little interest in the broken branch of physics the deal requires her to study, and is not keen on the idea of giving up her home and everything she knows to marry a stranger.

Sparks fly when Adem and Hisako meet, but their personal issues are overshadowed by the discovery of long-held secrets and a chance at faster-than-light travel. 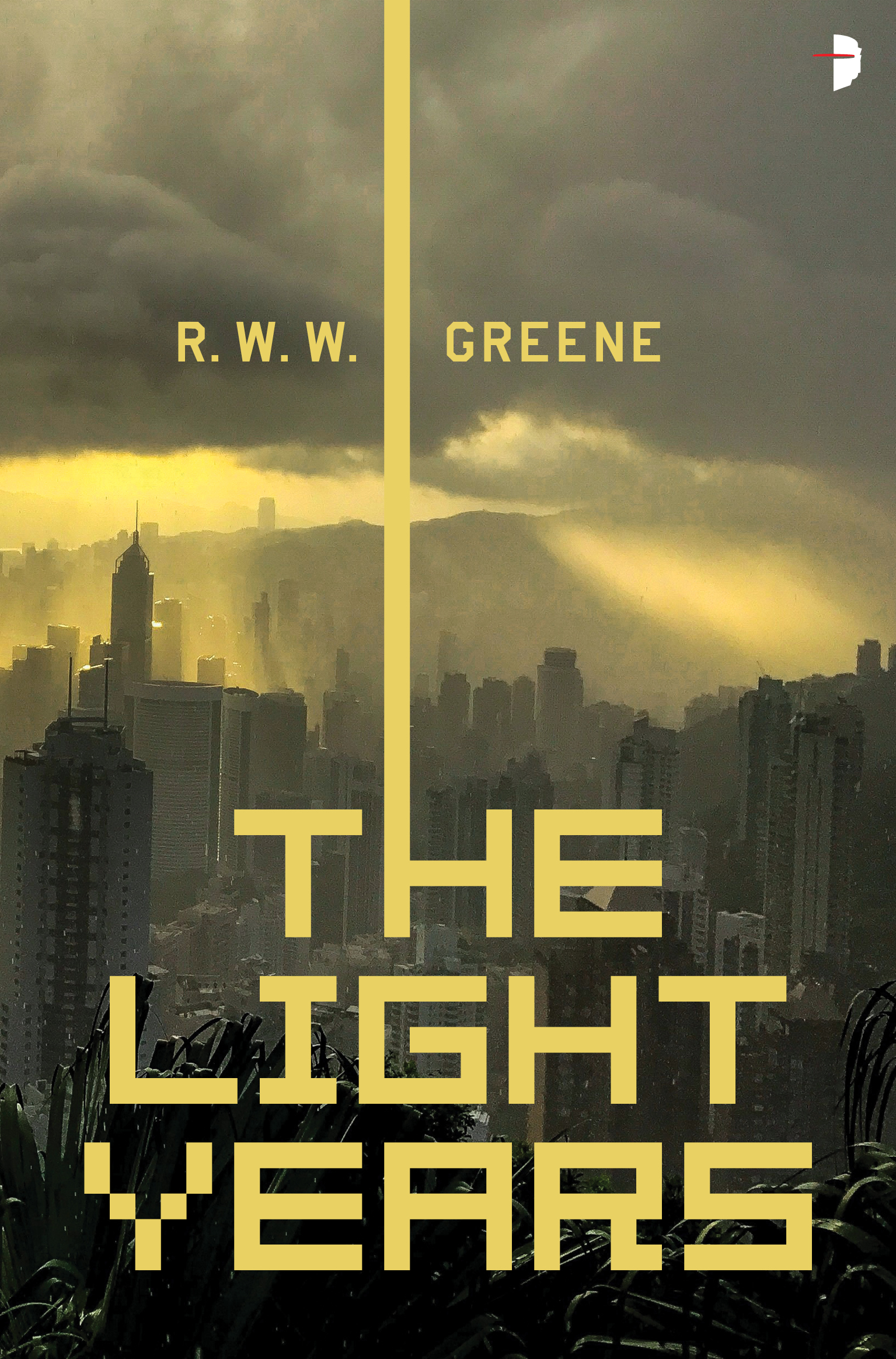 It was hard to pin down a single Favorite Bit from The Light Years, my debut SF novel coming out from Angry Robot Books this month. The word “debut” has a lovely ring all on its own, and I really like the fact that the poetry in the book – written from the perspective of a teenage girl – was written by actual-factual teenage girls.

However, My Absolute Favorite Bit has to be the fact that I finally practiced what I preach and wrote the first draft of the book on a manual typewriter (or four). The machines were, depending on where I was whilst writing, an Olympia SG-1, an Olympia SM-9, an Olivetti Lettera 32, and a Hermes Rocket.

That list of names may mean little to the average reader, but a typewriter-phile might offer a respectful nod, and I get a geeky little zing that two German machines, an Italian, and one from Switzerland were used on a book that, in the writing at least, predicted Brexit.

I had a couple that I’d been toting around for several years as part of a half-baked idea to open a journalism-themed bar, but I started collecting typewriters in earnest because I taught high-school creative writing, and I didn’t have enough computers in my classroom for my students to work with. Typewriters were cheap in those heady days. Making the rounds of thrift shops and lawn sales, I could usually pick up three or four a month at $5 to $10 a pop. Soon, I had forty in various states of functionality and sat down to learn to repair and maintain them.

I became a bit of a typewriter evangelist. I ran type-ins and began giving typewriters as gifts to graduating members of the high-school creative-writing club I advised. I showed bits of my collection at the Currier Museum of Art in Manchester, NH. When one of my students received his fourth concussion and was unable to use anything with a screen, I sent him home with a 1990s electronic typewriter, complete with spell check and a delete key, so he could keep up with his schoolwork. I did workshops on writing with typewriters, talking about how eco-friendly they were, how distraction-free they were, how much kids with ADHD liked them, how pure the experience was, how very zen…

In the late spring of 2015, I bent to write a book loosely based on a short story that I debuted (there’s that word again!) at the Boskone Three-Minute Flash Fiction Contest. For previous novels, my T60 ThinkPad had done just fine, but I decided to put my time where my mouth had been. I lifted the 43-pound SG1 onto the writing desk and began.

I had been so right! The ritual of rolling the paper in, the sounds of the keys and bells … it was so easy to get into “the zone”! Sans Internet access, it was even easier to stay there. I wrote every day, my progress not marked by word count but by page after page after page of text piling on the desk beside me. I wrote only forward, not stopping to look left, right, or behind. At home, I used the mighty SG1 or its smaller cousin the SM9. When I wrote with my students, I used the Olivetti, a model favored by Vietnam War correspondents and Cormac McCarthy. On the road, I toted the Swiss Rocket, a portable marvel. When I told my spouse I was going upstairs to write, I actually had to write, lest she hear – hear, I say! – that I was not.

In three months, I had a first draft – whew! – and my years of evangelism were vindicated.

Full confession time: I am a terrible typist. Past hunt-and-peck to be sure, but my fingers are not classically trained, and I am absolutely rubbish when it comes to retyping. So, I scanned all those pages, opened them up through Google Documents OCR function, and did all the subsequent drafts electronically. Mama Greene didn’t raise no fool. 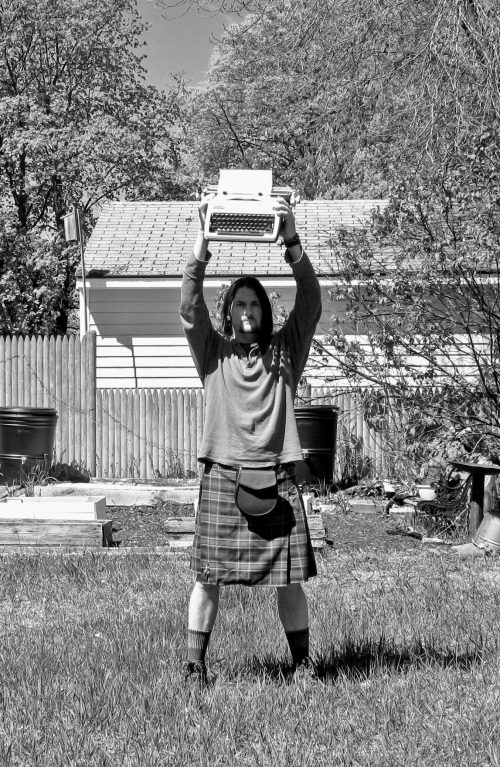 But that was only the beginning of my adventures in typewriting. For all the reasons above, these beautiful machines remain my go-to for marathon first-draft work. I’ve now written three novel drafts that way, and a host of partials.

There’s a reason so many writing groups and conventions use the typewriter as their symbol. The pen is too much of a multi-tasker, not well-suited for the long haul. The laptop, well, there’s no guarantee that writerly-looking person in the coffeeshop isn’t playing World of Warcraft or editing a video on tiny houses. But a typewriter… It’s a bit of a one-trick pony maybe, but what a trick it is. That’s my favorite bit.

R.W.W. Greene is a New Hampshire USA writer with an MA in Fine Arts, which he exorcises in dive bars and coffee shops. He is a frequent panelist at the Boskone Science Fiction and Fantasy Convention in Boston, and his work has been in Stupefying Stories, Daily Science Fiction, New Myths, and Jersey Devil Press, among others. Greene is a past board member of the New Hampshire Writers’ Project. He keeps bees, collects typewriters, and lives with writer/artist spouse Brenda and two cats.