Minerva Zimmerman is joining us today with her novel Take On Me. Here’s the publisher’s description:

Turning someone you don’t know into a vampire probably violates the Hippocratic oath. But Alex wasn’t really thinking about that when he found a girl bleeding out in his shower.

Being turned into a vampire isn’t as cool as it sounds. Especially when all Hannah wanted to be was dead. She thought she had finally escaped her brother. Until she woke up. Alive? Undead? Whatever. And now Hannah is stuck with the uncoolest vampire in existence. 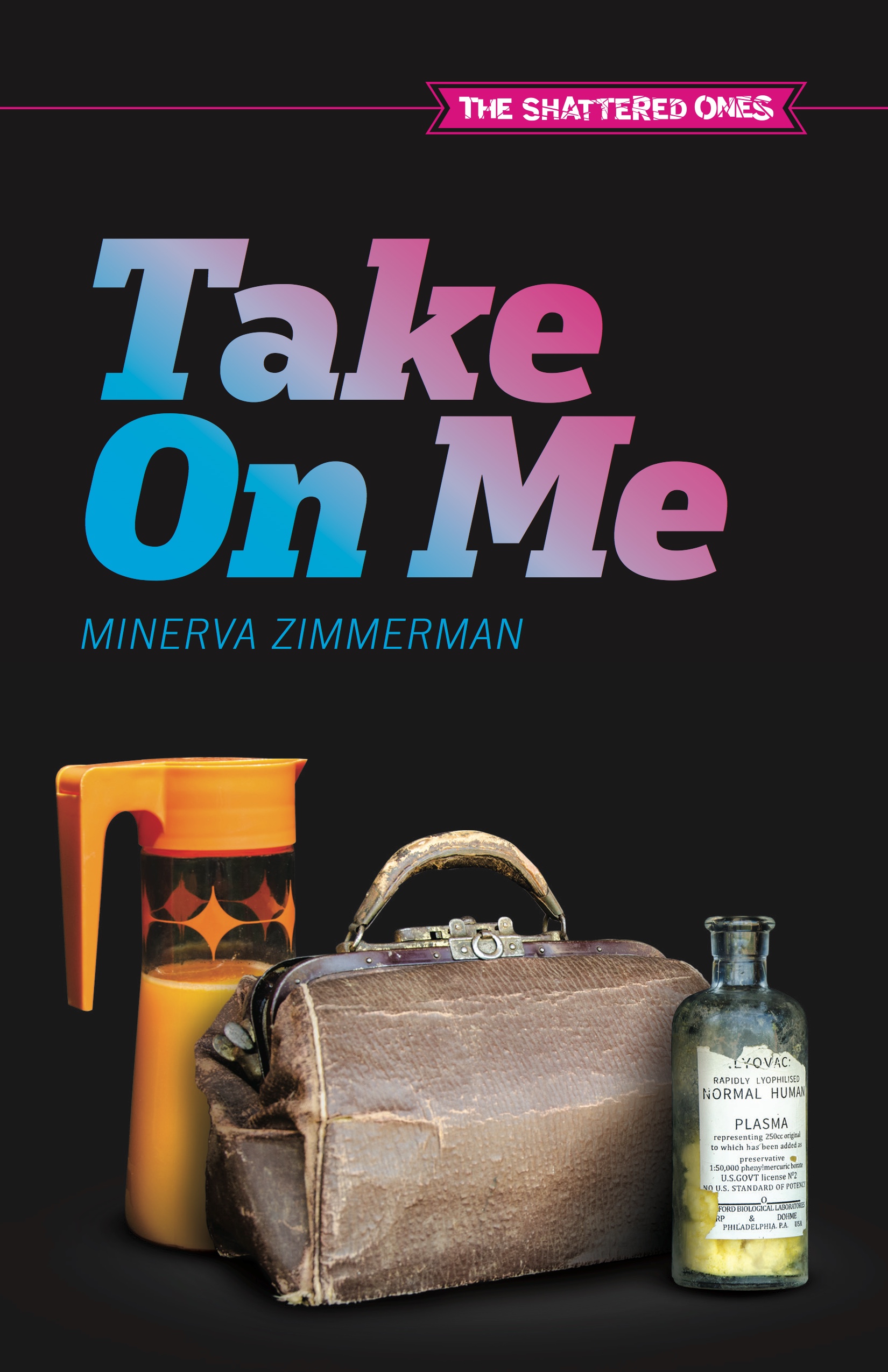 My favorite bit is a who, not a what. The main characters, Alex and Hannah, are some of my favorites to write. I know them to the point where someone could give me a random setting and situation to drop them in the middle of it and I could write their responses and conversation immediately. I adore these characters, and I couldn’t be more excited to finally share them with readers. You see, Take On Me is only the beginning. I not only get to share them in this book, but in two more.

They’d only gone a block or so when Alex spotted one of his nemeses. “Wait here,” he told Hannah, before scaling the metal fence.

He scooped up the ceramic gnome in his sweatshirt and tucked it under one arm as he jumped back over the fence.

“Oh god.” Hannah said. “You’re going to get us arrested.”

“Whatever for?” Alex blinked innocently.

“I have no idea what you’re talking about.”

“There is seriously something wrong with you.”

Alex readjusted the bundle under his arm and started walking. “I don’t need anyone to fear me.”

Hannah’s jaw shut with a snap of teeth as she stamped after him. “I don’t *need* it.”

Hannah is a month from her eighteenth birthday when Take On Me begins, and she is unapologetically a bratty teenager. She thinks she knows everything. She acts out. She acts inappropriately. She’s not just avoidant about difficult emotions, she rarely lets herself acknowledge that she feels them. There are also glimmers of the mature individual she could grow into if she’s given the chances needed to develop them.

Alex is old. Old enough that he doesn’t think about how old anymore. He’s all about lying low, living a comfortable life, and keeping busy. The last thing he thinks he needs is a teenager around. And he’s bored. He steals for fun and is finishing medical school for what is not the first or even second time in his long life. What he’s had in abundance is time. He’s not the smartest or most well-adjusted individual, he’s just got a lot of past experiences to relate current events to. He’s also got an avoidant personality but in a totally different fashion.

This isn’t your typical vampire story. He’s not there to save her. If anything, he needs saving more than she does. Hannah just needs time. But, forever is a very long time.

Minerva Zimmerman is a statistically chaotic neutral writer of tragically funny fiction. She lives in rural Oregon and works as a museum professional. She occasionally blogs at minervazimmerman.com and spends too much time on Twitter @grumpymartian.