Lauren James is joining us today to discuss her novel The Loneliest Girl in the Universe. Here’s the publisher’s description:

The daughter of two astronauts, Romy Silvers is no stranger to life in space. But she never knew how isolating the universe could be until her parents’ tragic deaths left her alone on theInfinity, a spaceship speeding away from Earth.

Romy tries to make the best of her lonely situation, but with only brief messages from her therapist on Earth to keep her company, she can’t help but feel like something is missing. It seems like a dream come true when NASA alerts her that another ship, the Eternity, will be joining the Infinity.

Romy begins exchanging messages with J, the captain of theEternity, and their friendship breathes new life into her world. But as the Eternity gets closer, Romy learns there’s more to J’s mission than she could have imagined. And suddenly, there are worse things than being alone…. 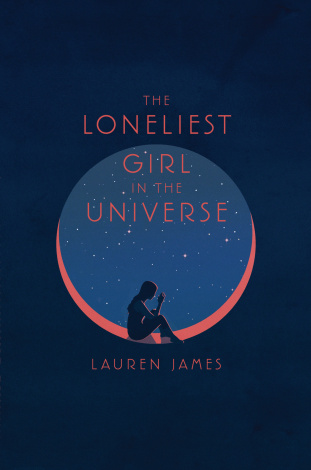 When you write realistic science fiction, it takes a lot of research. I always try to make the science in my books as accurate as possible, – the time machine in one of my other books, The Last Beginning, is based on real life research into sub-atomic particles at CERN, like the Large Hadron Collider.

This book is set on a spaceship a few decades into the future, so I did a lot of research into space travel and the theory of space travel behind NASA’s equipment. I read a lot of non-fiction about space travel – NASA does a series of free eBooks explaining their science for beginners, so I had a great time diving into them.

I think there’s a danger of crossing over into Fantasy instead of Science Fiction if you don’t base your technology in solid scientific concepts, and there’s never been as much appeal in writing Fantasy for me. As long as there’s some seed of truth, it’s very easy to make readers believe anything else.

I wanted to write about the fear and confinement and constant stress of being alone on a small spaceship, where you’re completely responsibility for running the ship. I read up on the experiments NASA did where they made people live in a pseudo-spaceship for a year on Earth, to see how that affected them mentally. I read a lot of therapy and mental health books about post-traumatic stress disorder, stress and young carers.

I watched lots of sci-fi films like Moon, Gravity and Interstellar – and that really
helped with capturing the aesthetics and design of the ship.​ I tried to explain it in a series of terrible sketches: 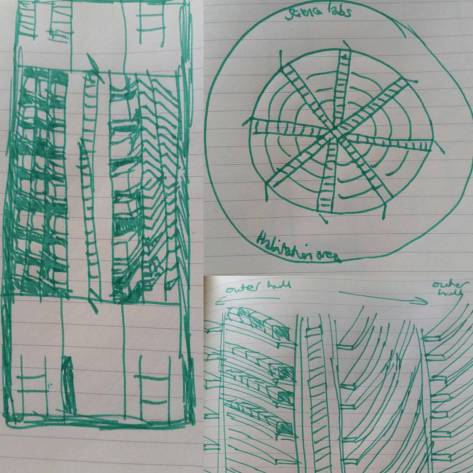 I also had to calculate the time it would take for laser beam messages to travel to and from Earth to my spaceships on every single day of narrative, something which ended up needing an Excel spreadsheet this big: 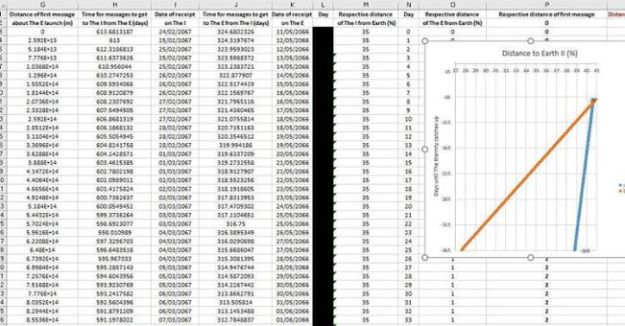 The dark side of writing a book set in space: the calculations. Luckily I have a Masters degree in Chemistry and Physics, which helped with this.  And it was all worth it in the end.

The Loneliest Girl in the Universe Universal Book Link

The Loneliest Girl in the Universe Audiobook

Lauren James’ books have sold over fifty thousand copies in the UK alone. The Loneliest Girl in the Universe was inspired by a Physics calculation she was assigned at university. Lauren is a passionate advocate of STEM further education, and all of her books feature female scientists in prominent roles.

Lauren is published in the UK by Walker Books, in the US by HarperCollins and in translation in five other countries around the world. She lives in the West Midlands and is an Arts Council grant recipient. She has written articles for the Guardian, Buzzfeed and The Toast, and wrote an article for the Children’s Writers and Artist’s Yearbook 2019.

You can find her on Twitter at @Lauren_E_James, Tumblr at @laurenjames or her website http://www.laurenejames.co.uk, where you can subscribe to her newsletter to be kept up to date with her new releases and receive bonus content.