Laura Liddell Nolen is joining us today with her young adult novel The Ark. Here is the publisher’s description:

It’s the final days of earth, and sixteen-year-old Char is right where she belongs: in prison. With her criminal record, she doesn’t qualify for a place on an Ark, one of the five massive bioships designed to protect earth’s survivors during the meteor strike that looks set to destroy the planet. Only a select few will be saved – like her mom, dad, and brother – all of whom have long since turned their backs on Char.

If she ever wants to redeem herself, Char must use all the tricks of the trade to swindle her way into outer space, where she hopes to reunite with her family, regardless of whether they actually ever want to see her again, or not . . . 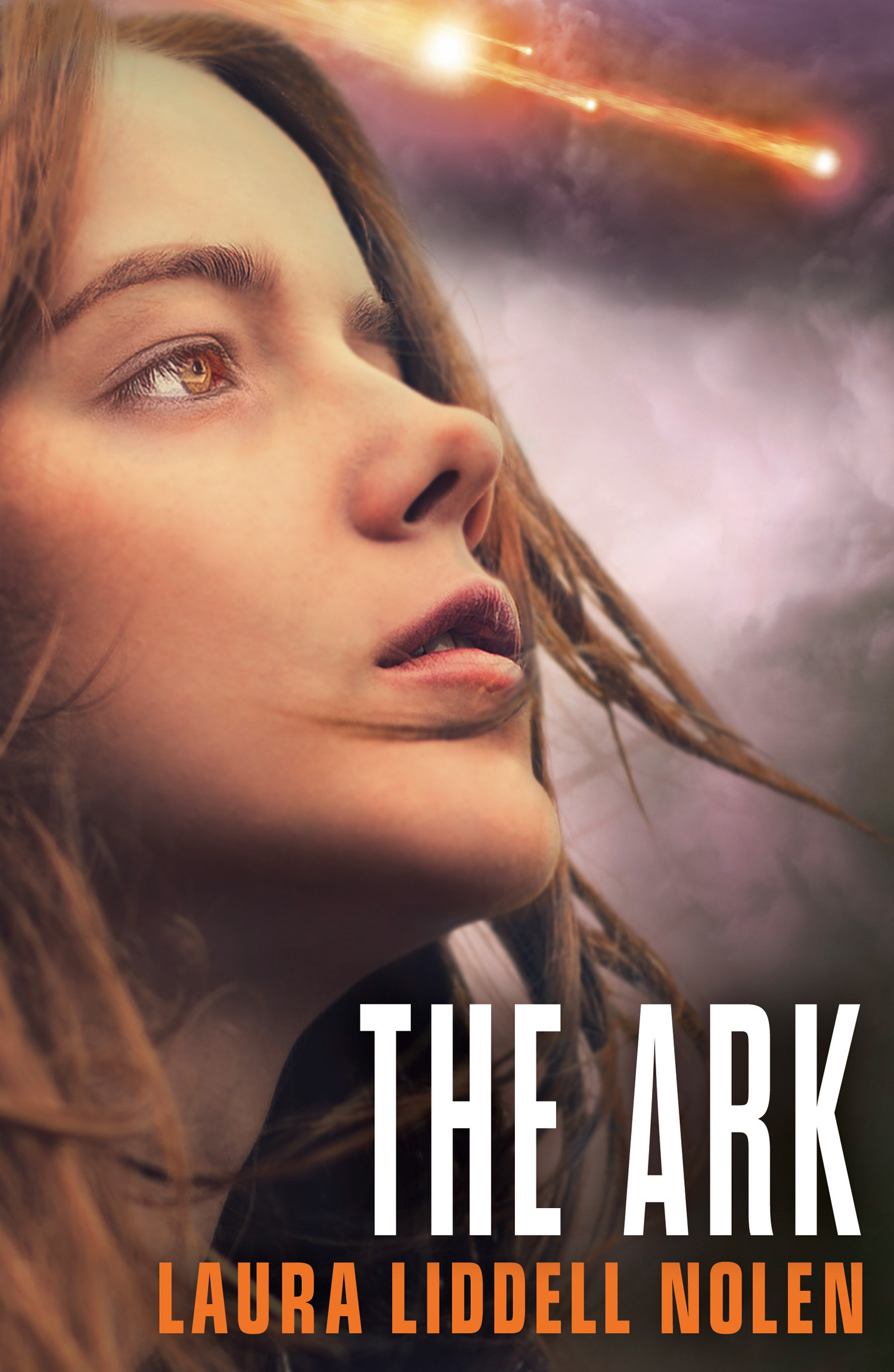 The Ark is about a girl who can’t seem to get it right. Charlotte Turner has been behind bars, off and on, since she was twelve. Even before that, she felt trapped– hemmed in at every angle by her parents’ relentless drive toward status and achievement. But at least in juvy, people seem to get her. They call her by her chosen name, Char, and they even pronounce it correctly: with a hard ch, as in charred. Something that got burned.

Stop me if you’ve heard this one: world-weary criminal seeks out redemption and a better life, only to find that, given his status as a convict, his past will follow him wherever he goes. For some, there is no out.

Only in my book, the hardened criminal is a little girl. And instead of a life of crime and prison, she’s looking at a violent end in an oncoming meteor strike.

Even if she could break out of prison and steal a spot on an Off-Planet Transport, she’d still be an outlaw for the rest of her life. The Arks are populated by the best and brightest Earth had to offer. Its most upstanding citizens. The lives that mattered enough to save.

None of which applies to Char. She’s not welcome on board an Ark, and attempting to steal someone else’s place is a crime punishable by death. Char will never have a home there. There’s no bed for her in her family’s bunk, and she’s pretty sure they’ve long since closed their hearts to her as well, leaving her without even the chance to apologize.

It’s a book about starting over. Earth has just wrapped up World War III, and with the ink barely dry on the Treaty of Phoenix, humanity has one last shot at peace. We either cooperate long enough to escape to space together, or we die.

The idea that any one group of people is responsible for our planet’s ills seems crazy, but if we could hand-pick only the smartest and most personable among us, leaving everyone else behind, could we eradicate injustice? If there were no more land or oil to fight over, could we be done with war forever?

Or is the past not so easily left behind?

Here’s my favorite bit from the book. In this scene, a flashback, Char meets with her lawyer one last time. If she pleads guilty, she can still hope to be released from prison before the age cutoff that would render her ineligible for an Ark on moral grounds. If she fights the charges, she stands to lose everything: her family, her eligibility for a place on an Ark, and by extension, her life.

The felony charges are nothing new to Char. She’s been down that road and served her time. She’s clung to the hope of a new life, of redemption, and starting over.

Much good it did her. She’s back in court, and only one thing has changed:

I am in a holding room, sitting on an iron folding chair. The walls are darker gray than the usual steel blue of juvy, and my lawyer asks me to stop looking at them, to look at her. My parents are on their way, she says, and we have a lot to do before the end of the visit.

“For example, we need to go over a viable defense strategy.” I get the impression that she uses words like “viable” to impress me, so that I’ll do what she wants.

I look at her. “You don’t understand. I really didn’t do it.”

She bites her lip, an exaggerated gesture reserved for people like me, half her age, none of her potential. She’s the best that money can buy, so I really should be grateful that she’s here. Kip and Cassa could never afford an attorney like this.

“Charlotte, we’ll get so much further if you just tell me what really happened. You’re not the one they want. It’s this James Kingston, the ringleader. Or those other two. The other kids you work with.”

“We’ll get farther if you believe me. I don’t work for Jimmy anymore.”

“It’s fur-ther,” she pronounces carefully. I raise an eyebrow; she returns my gaze in silence. Like I’m really going to talk about grammar right now.

I continue to stare, nonplussed, and eventually she looks down at her legal pad with a world-weary sigh.

“You had six calls from Kip Carston the day before the robbery.”

“Then what was he calling you about?”

“He never mentioned a job. We were just talking. Really.”

She leans forward. “If you don’t plead out of this, you’ll be ineligible for the Ark. You realize that. This is your third offense, and the victim isn’t going to make it through the trial. You’ll go away until you’re twenty-one, at least, and the meteor hits in one year. You’ll miss the final lottery. It’s the end of the line, Charlotte.”

I know better than to explain myself to people like her. People who only hear the worst. No matter what you say, they think you’re lying. And everything in your head, everything that you want to believe about yourself, feels thin, dirty.

“I’ll tell them everything I know about Kingston, but I can’t plead out. Not this time.”

Laura Liddell Nolen grew up in Hattiesburg, Mississippi, where she spent lots of time playing make-believe with her two younger brothers. They supplemented their own stories with a steady diet of space- and superhero-themed movies, books, and television. Laura loves coffee, dogs, and making lists. She lives in Texas with her husband and children. The Ark is her first novel.