Kate Heartfield is joining us today to talk about her novel Armed in Her Fashion. Here is the publisher’s description:

In 1328, Bruges is under siege by the Chatelaine of Hell and her army of chimeras—humans mixed with animals or armour, forged in the deep fires of the Hellbeast. At night, revenants crawl over the walls and bring plague and grief to this city of widows.

Margriet de Vos learns she’s a widow herself when her good-for-nothing husband comes home dead from the war. He didn’t come back for her. The revenant who was her husband pulls a secret treasure of coins and weapons from under his floorboards and goes back through the mouth of the beast called Hell.

Margriet killed her first soldier when she was 11. She’s buried six of her seven children. She’ll do anything for her daughter, even if it means raiding Hell itself to get her inheritance back.

Margriet’s daughter is haunted by a dead husband of her own, and blessed, or cursed, with an enchanted distaff that allows her to control the revenants and see the future. Together with a transgender man-at-arms who has unfinished business with the Chatelaine, a traumatized widow with a giant waterpowered forgehammer at her disposal, and a wealthy alderman’s wife who escapes Bruges with her children, Margriet and Beatrix forge a raiding party like Hell has never seen. 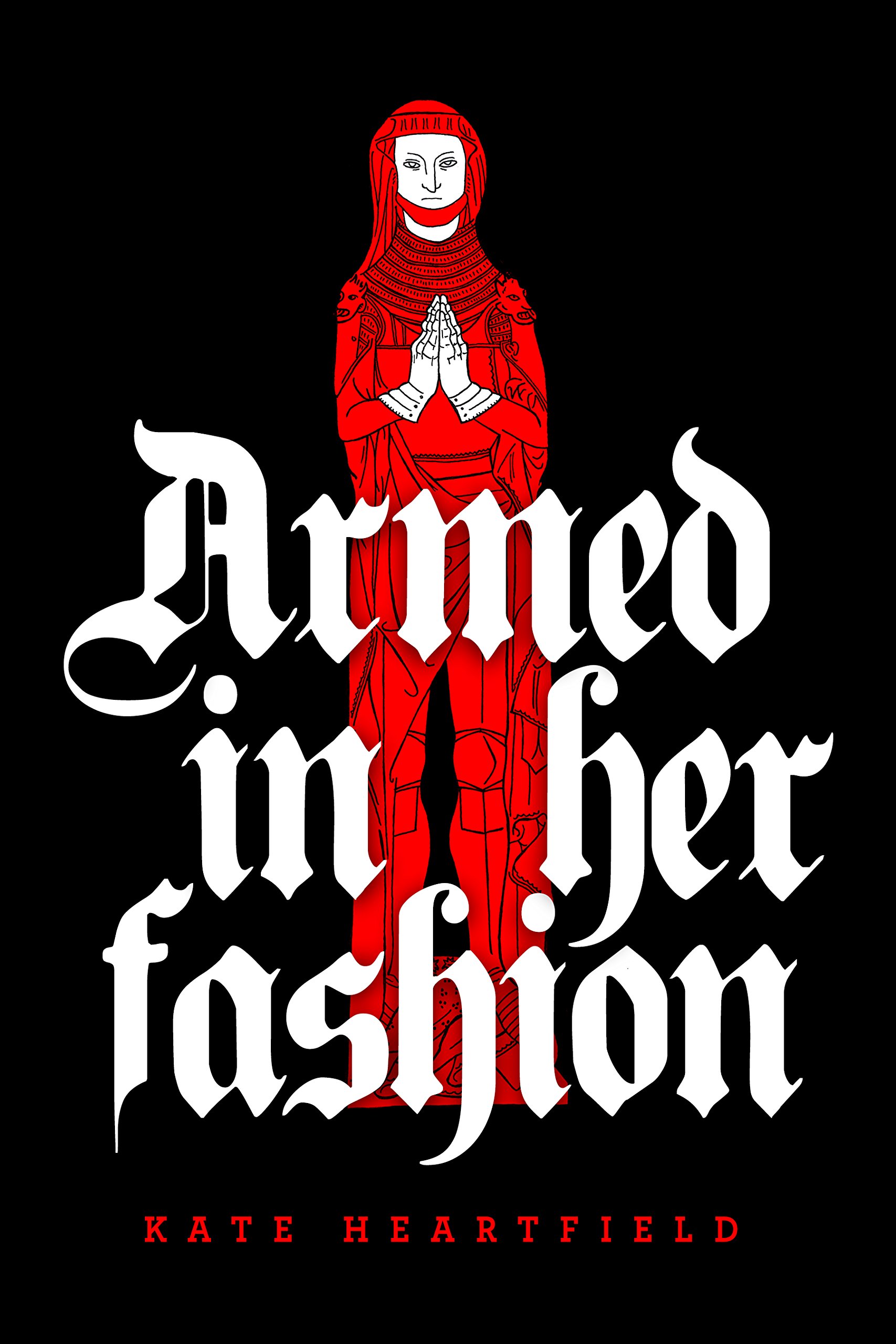 Let me tell you a secret. All along, as I was writing my novel Armed in Her Fashion, I was rooting for the villain.

The thing is, the Chatelaine of Hell has reasons to be pissed off. Long ago, her husband abducted her. He imprisoned her inside a chthonic beast for centuries. When the novel begins, in 1328 CE, she’s driven the beast called Hell up to the surface of the Earth, having locked said husband in an oubliette within. All she wants now is what any medieval ruler wants: some land, some alliances, and an army when she needs it. Is that so much to ask?

Sure, she’s ruthless, manipulative, downright cruel. But no more so than her ally, Philip VI of France. Philip promised to make her a countess, with land and vassals of her own, in exchange for her help in his wars. But he’s not eager to fulfill that promise. The Chatelaine has Hell at her disposal, with its revenants and its furnaces. Giving her more authority and legitimacy doesn’t strike the French king as a very good idea.

Philip—who happens to owe his crown to the opinions of Very Learned Men when it comes to gender and inheritance law—has an interest in drawing the Chatelaine into legal disputes about the property rights of women.

So does a much less powerful figure marching across Europe, armed with nothing but a frying pan, to demand her own inheritance. The widow Margriet de Vos comes from Flanders, which has some of the most enlightened laws in medieval Europe when it comes to widows’ rights. She wants something that belonged to her dead husband, a weapon that the Chatelaine is desperate not to lose.

This is my favorite bit: The villain who is a mirror of the protagonist. They’re both stubborn, they both have (literally and figuratively) rotten husbands, and they are both ready to use any means necessary to get their due.

From the vantage point of 2018, the progress of women’s rights—and human rights in general—tends to get smoothed into a global narrative that looks natural, even inevitable. Progress doesn’t work that neatly. The rights of widows in 14th-century Bruges, for example, were completely different from the rights of widows at precisely that time in Florence. It’s far from inevitable, and it can always go backward. The only way justice has ever happened is by ordinary people fighting for it, with pots and pans if need be.

I’ve always been drawn to villains who make a pretty good point, even when they’re getting in the hero’s way; Marvel’s Erik Killmonger is a great example. I’ve also always been fascinated by villains whose identity and backstory is obscure. Maybe it’s a taste I picked up as a kid reading J.R.R. Tolkien; I still remember the chill that went through me the first time I read about the Mouth of Sauron, whose “name is remembered in no tale, for he himself had forgotten it.”

The Chatelaine makes a similar appearance:

“The woman told Giovanni Saranzo, the Doge of Venice, that she had been so long in the belly of that Beast that she had forgotten her birth name.

‘Was it Persephone? Was it Hel? Was it Lilith?’ The scholars asked her. She shook her head, and said it might have been, but then again it might not.

‘We thought Hell was a place,’ they said.

‘It is,’ she said. ‘It is also a Beast. A capacious Beast; it carries multitudes within it.’

‘Are you the Queen of Hell?’ they asked her.

She shook her head. ‘I have no right to that kingdom as it had no right to me,’ she said. ‘But I am, for now, its mistress and manager. I hold the keys. You may call me, perhaps, its Chatelaine.’”

I wrote that passage very early in my first draft of the novel, and I knew right away that this woman was my favorite bit.

Kate Heartfield is the author of Armed in Her Fashion, a historical fantasy novel from ChiZine Publications, and The Road to Canterbury, an interactive novel from Choice of Games. Tor.com Publishing will publish two time-travel novellas by Kate, beginning with Alice Payne Arrives in late 2018. Her fiction has appeared in magazines and anthologies including Strange Horizons, Lackington’s, and Monstrous Little Voices: New Tales from Shakespeare’s Fantasy World. A former journalist, Kate lives in Ottawa, Canada.