Juliette Wade is joining us today with her novel Mazes of Power. Here’s the publisher’s description:

The cavern city of Pelismara has stood for a thousand years. The Great Families of the nobility cling to the myths of their golden age while the city’s technology wanes.

When a fever strikes, and the Eminence dies, seventeen-year-old Tagaret is pushed to represent his Family in the competition for Heir to the Throne. To win would give him the power to rescue his mother from his abusive father, and marry the girl he loves.

But the struggle for power distorts everything in this highly stratified society, and the fever is still loose among the inbred, susceptible nobles. Tagaret’s sociopathic younger brother, Nekantor, is obsessed with their family’s success. Nekantor is willing to exploit Tagaret, his mother, and her new servant Aloran to defeat their opponents. 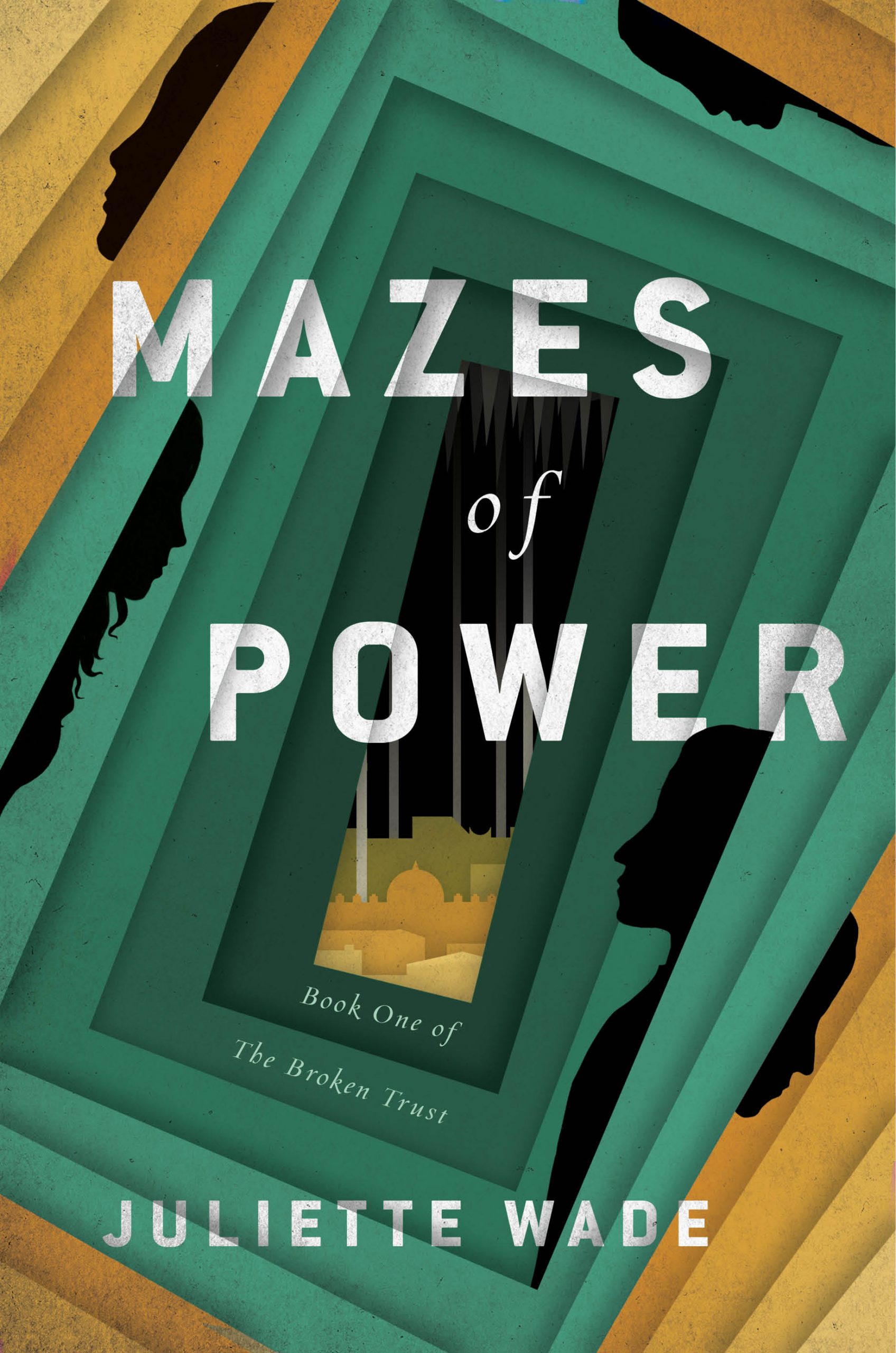 Reading the description above, you might think that Mazes of Power is a story about two noble boys. It is – but that’s not all it is. There’s a third perspective in this book: that of an Imbati-caste servant named Aloran who comes to work for the boys’ mother. He’s important, and he’s my favorite bit. Let me explain why.

The Western literary canon is full of stories about kings, princes, and nobles. These stories train us to feel comfortable with the idea of contests for power, and often, we’re asked to empathize with a noble perspective, while less exalted groups to fade into the background. However, some stories change this pattern. I remember, as a child, feeling inspired by a story called “The Water of Life,” part of a fairy tale collection by Howard Pyle. In this story, the father of a princess asks suitors to complete three impossible tasks in order to win her hand, and the nobleman who admires her asks his faithful servant to complete the tasks… and in the end, the faithful servant is the one who wins the love of the princess. I also love movies, like Gosford Park and The Remains of the Day, that look at the secret lives of servants.

So when I was working on the caste system of Varin, I put a lot of work into the Imbati, the servant caste. They’re third from the top, just beneath nobles and officers. They’re highly educated, and they’re everywhere across the society: in the bureaucracy, in the courts, in the post offices and the prisons. One of the most important things to me, though, is that they are actually real people with childhoods, life experiences, education, and goals. And that means that each Imbati has a different life experience, and grapples with Imbati goals and ideals in their own way.

Like many Imbati in Pelismara, Aloran started at the Imbati Service Academy at age six, and studied hard to learn special skills like waiting, bodyguarding, law, political strategy, and nursing. At twelve, he decided to specialize in the Lady’s Training, choosing nursing over politics. He excelled in these skills, was certified at age 19, and is one of the select few young men and women at the Academy who become manservants. A manservant is an Imbati who vows to serve a particular individual of the nobility, rather than serving the Household, the State, or the Courts. Before swearing loyalty, a young Imbati goes through an adulthood ceremony where they are tattooed on the forehead with the symbol of their vocation.

Aloran is proud of his Imbati identity, and finds silence easy. He will readily give the oath of silence: “My heart is as deep as the heavens. No word uttered in confidence will escape it.” He also believes in the Imbati ideal of selfless loyalty.

When he encounters Tagaret and Nekantor’s family, however, his ideals meet a very complicated reality. He struggles with the depth of his emotional reactions to the conflicts in the house, especially with the fact that, though he has sworn to protect her, his Lady is not safe from her partner. He is constantly torn between his own strong moral judgments and the principles on which the nobility operates – and he also is required, in the name of professionalism, to hide any emotional reactions he has to these events. He has his medical skill, and a deep practicality, which help him in the epidemic, but he also has a fundamental sweetness that I just love. He takes comfort in the domestic routines of life when things get out of control, and he loves hairbrushing, because it’s an act that helps him untangle his thoughts as well as his Lady’s hair.

I can’t wait for you to meet him.

Juliette Wade never outgrew of the habit of asking “why” about everything. This path led her to study foreign languages and to complete degrees in both anthropology and linguistics. Combining these with a fascination for worldbuilding and psychology, she creates multifaceted science fiction that holds a mirror to our own society. The author of short fiction in magazines including Analog, Clarkesworld, and Fantasy & Science Fiction, she lives in the San Francisco Bay Area with her Aussie husband and her two sons, who support and inspire her. Her debut novel, Mazes of Power, will come out from DAW publishing on February 4, 2020.