John P. Murphy is joining us today with his novel Red Noise. Here’s the publisher’s description:

Caught up in a space station turf war between gangs and corrupt law, a lone asteroid miner decides to take them all down.

When an asteroid miner comes to Station 35 looking to sell her cargo and get back to the solitude she craves, she gets swept up in a three-way standoff with gangs and crooked cops. Faced with either taking sides or cleaning out the Augean Stables, she breaks out the flamethrower. 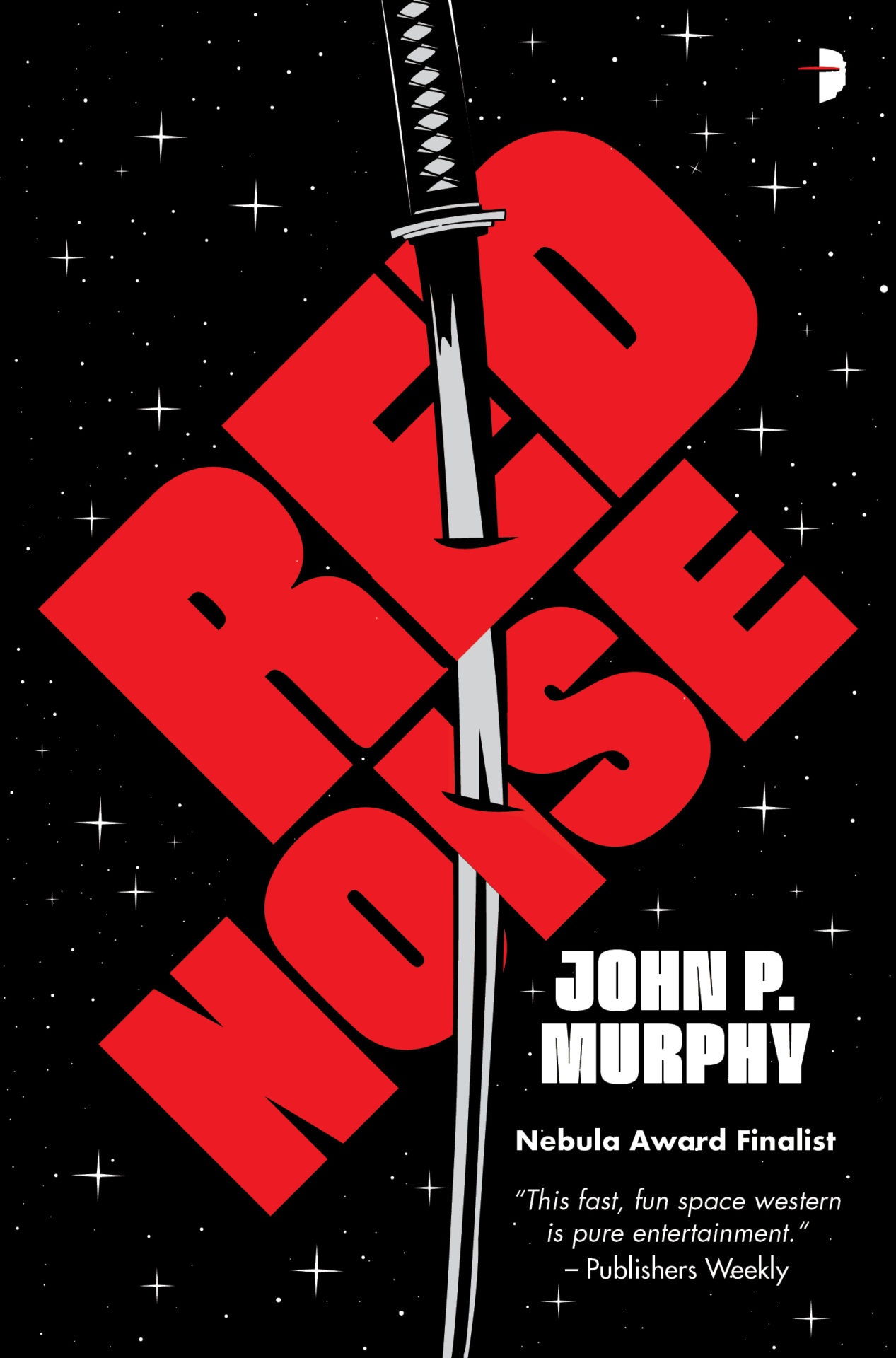 My favorite bit in my novel Red Noise is a dinner. Yeah, there are swords and spacewalks and (really very few) nuclear explosions, but when I flip through the manuscript I always stop and read a little bit from the chapter entitled, Okonomiyaki.

I’m not sure that would have been my answer in January. Though I wrote the scene almost two years ago, it has special meaning for me now. These days it seems like a fantasy, having dinner with three new friends. When my nameless protagonist the Miner comes out of her six month seclusion and finds society collapsed on Station 35, the last thing she wants is to become a part of it. It’s too big a problem, and it’s not her problem. Get in, sell some ore, get back to work, that’s the sensible thing. Go on to the next station without being noticed. This dinner is the last thing she wants when she shows up, but at that point in the story, when the friendships have been reluctantly made, it’s what she needs.

For me, the chapter is about those brief but strong connections we make when things are stressful. The choice of food is personal. Okonomiyaki can be complicated, but the Kansai style I learned was pretty simple: a wheat batter mixed with chopped cabbage, spread on a griddle with something like bacon for flavor, and topped with a sweet/salty/spiced sauce. I’ve never made new friends easily, especially as an awkward 20 year old who’d decided that a study abroad in Japan was a good idea. I forget now who first dragged me into the tiny okonomiyakiya around the corner from the dorm, but it was a revelation. I had never liked cabbage. My grasp of the language was tenuous at best. But I was surrounded by new friends and the food was good and the beer was good, and it was an oasis of “everything is really OK” in a whirlwind.

The okonomiyaki was cooked in front of you, as you like it. In the book, it’s not so much “as you like it” but whatever Takata can scrape together in a war zone: Cricket flour, yeast-based fake egg, bacon-like-substance grown in a vat. Tiny hydroponic cabbage. They huddle around the kitchen prep table, watch him cook their dinner, and argue. It’s funny how you can miss bickering.

Red Noise has a lot of things falling apart (when they’re not actively being destroyed) so maybe it’s no surprise that my favorite bit is about something being made. Cooking has a way of bringing people together, even if you’re just watching. Plus, food is kind of a weird ephemeral art, in that its purpose is to be destroyed. All that work, to make something that briefly fills the senses. The look, the taste, the aroma. The texture. Even the sound, when you’re in the kitchen and can listen to the sizzling and banging and occasional swearing. And then it’s consumed and gone, but the whole shared experience lingers, and that makes something too. It’s a bit like writing a novel.

John is an engineer and writer living in New Hampshire with his partner and two ridiculously fluffy cats. His previous work, The Liar, was shortlisted for a Nebula Award for Best Novella in 2016. He was a SFWA Director-at-Large until 2018 and is now the Short Fiction Committee Chair. He has a PhD in Engineering and a BS in Electrical and Computer Engineering.