Holly Messinger is joining us today with her novel The Curse of Jacob Tracy. Here’s the publisher’s description:

St. Louis in 1880 is full of ghosts—mangled soldiers, tortured slaves, the innocent victims of war—and Jacob Tracy can see them all. Ever since Antietam, when he lay delirious among the dead and dying, Trace has been haunted by the country’s restless spirits. The curse cost him his family, his calling to the church, and damn near his sanity.

He stays out of ghost-populated cities as much as possible these days, guiding wagon trains West with his pragmatic and skeptical partner, Boz. Then, just before the spring rush, Trace gets a letter from the wealthy and reclusive Sabine Fairweather. Sickly, sharp tongued, and far too clever for her own good, Miss Fairweather needs a worthy man to retrieve a dead friend’s legacy from a nearby town—or so she says. When the errand proves far more sinister than advertised, Miss Fairweather admits to knowing about Trace’s curse and suggests she might be able to help him—in exchange for a few more odd jobs. Trace has no interest in being her pet psychic, but he’s been searching 18 years for a way to curb his unruly curse, and Miss Fairweather’s knowledge of the spirit world is too tempting to ignore. As she steers him into one macabre situation after another, his powers flourish, and Trace begins to realize some good might be done with this curse of his. But Miss Fairweather is harboring some dark secrets of her own, and her meddling has brought Trace to the attention of something much older and more dangerous than any ghost.

Rich in historical detail and emotional depth, The Curse of Jacob Tracy is a fast-paced and inventive debut, an intriguing introduction to a bold new hero. 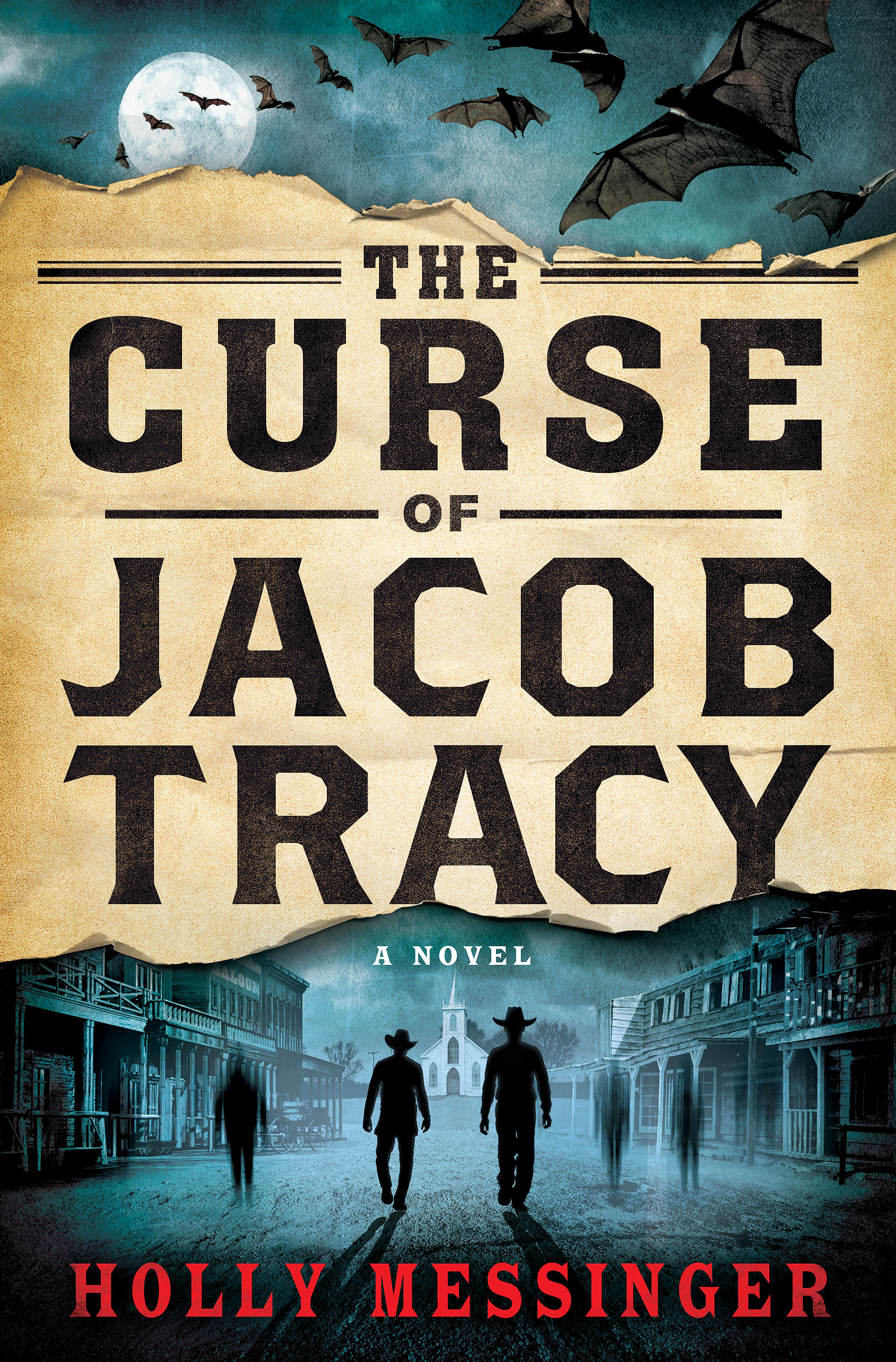 There’s a scene almost dead smack in the middle of The Curse of Jacob Tracy where Trace, Boz, and a trainful of Baptist missionaries are trapped in a cattle car, on a lonely dark mountain slope of the Rockies, while a pack of feral bloodsuckers slaughter the steers that had previously occupied the car and then throw a carcass at the car in an attempt to break it open and get at the people inside.

The image of a steer’s head breaking through the upper slats of a cattle car was one of the earliest visions that swam up from my fervid imagination, back when Trace and I were getting acquainted and I was brainstorming horrific situations to put him in. By writer-logic it was a fairly simple equation of cowboy + monster hunter + old west setting = train beset by vampires = cattle car is the best place to take cover on a train during a vampire attack.

When I was a kid my mom had the complete set of those “Old West” books from Time Life. (You may have seen their distinctive faux-leather covers in used bookstores.) So when I stared writing the Trace stories almost the first thing I did was call my mom and wheedle those books out of her. I still have them and they are a wonderful general reference, but for the day-to-day grit of life in the American 19th century, I needed more specifics. For instance, in the book “The Ranchers,” there were illustrations of 19th-century cattle cars, but the details were vague—when, exactly, did those cars with the upper ventilation slats come into use? I knew if I described such a car in a story set in 1880 and I was wrong, some wiseacre would gleefully broadcast to the internet what an idiot I was.

That’s the danger of writing historical fiction: no matter how diligently you research, you’re going to miss something. And even if you find a verifiable source, there’s another, dissenting source that’s going to claim the opposite is true.

I obsessed over the question for weeks. Back in 2005 it wasn’t easy to lay hands on accurate 19th century references. The upsurgence of steampunk, the popularity of shows like Deadwood, and a general interest in more sustainable ways of living had made a lot of people look backwards. That, plus the advent of Google Books, have resulted in a wealth of 19th century materials being available on the internet, both original sources (medical journals before about 1890 are a hoot) and enthusiasts’ compilations.

But back in 2005, as I was contemplating the type of curmudgeon who’d be likely to call me on putting the wrong cattle car in 1880, it dawned on me: model railroad enthusiasts. They were notoriously obsessed and detail-oriented, and consequently they’d have the resources I needed.

There was a very good hobby store a half-mile from my workplace. At lunchtime I went over and stood gazing in delight at the 1/12 scale replica cars, each neatly packaged and labeled with the dates of its time in use. And there was my cattle car, with the practical-yet-vulnerable-from-a-defensive-point-of-view ventilation slats occupying the upper third of the walls.

“Can I help you?’ said a friendly shopgeek.

“Oh, I found what I needed,” I said happily.

“No, I’m a writer,” I said. “I needed an example of an 1880s cattle car because I’m going to have some people take shelter in it during a vampire attack, and I need to know where the access points are for logistical reasons.”

He nodded as if this made perfect sense, and pulled out a catalog to show me a spread full of more pictures of Gilded Age cars. I may or may not have squee’d in glee.

“Always fun the help somebody with an interesting project,” said the shopgeek.

Holly Messinger grew up a tomboy in a Bible-thumping household, where she learned how to cook, sew, dig a post hole, cut up a chicken, and shuck corn. She got her English degree from a Baptist college and spent the next 15 years studying Chinese martial arts. She enjoys silk dresses, well-balanced weapons, and chocolate cake. Holly lives in Lawrence, Kansas (scene of the Quantrill massacre) with her woodworking husband and a spoiled gray cat. They keep firewood stacked on the front porch.

3 thoughts on “My Favorite Bit: Holly Messinger talks about THE CURSE OF JACOB TRACY”