Eric James Stone is joining us today with his novel Unforgettable. Here’s the publisher’s description:

Out of sight, out of mind.

In the near future, a fluke of quantum mechanics renders Nat Morgan utterly forgettable. No one can remember he exists for more than a minute after he’s gone. It’s a useful ability for his career as a CIA agent, even if he has to keep reminding his boss that he exists.

Nat’s attempt to steal a quantum chip prototype is thwarted when a former FSB agent, Yelena Semyonova, attempts to steal the same technology for the Russion mob.

Along with a brilliant Iranian physicist who wants to defect, Nat and Yelena must work together to stop a ruthless billionaire from finishing a quantum supercomputer that will literally control the fate of the world. 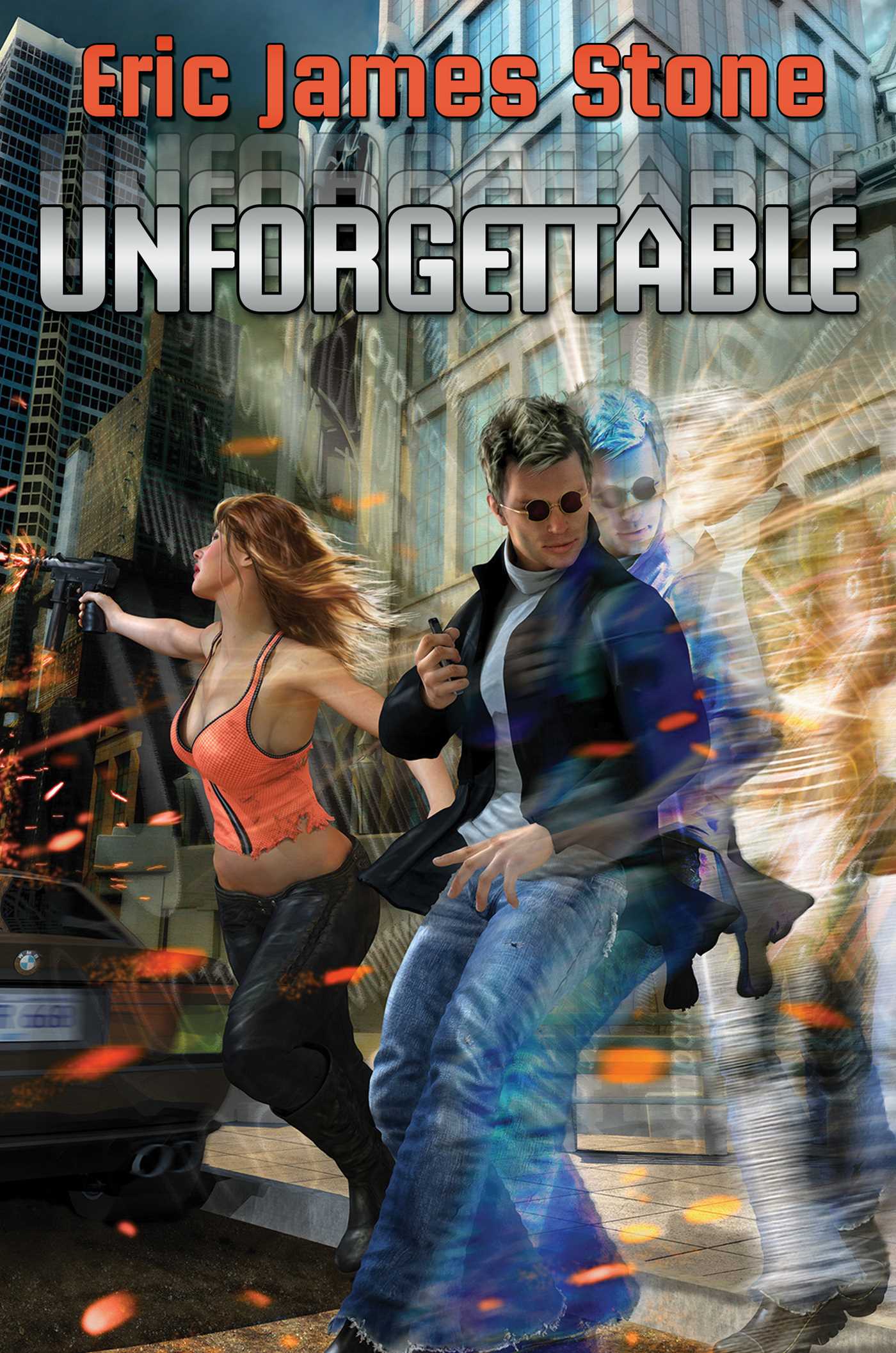 For sentimental reasons, my favorite bit of Unforgettable is the original beginning of the novel.  When I started writing that first scene I had no idea I was starting a novel. I just had an idea of a character who could not be remembered, and I wrote it simply to meet my daily writing goal.  It wasn’t until later, when I showed snippets about the character to my writing group and they told me I needed to write a novel about the character, that I came up with the plot of the novel.  So here’s what I wrote on the first two days of January 2008:

I straightened the tie I’d stolen from Macy’s that morning and stepped into the interviewer’s office.  Becoming a CIA agent was my only choice if I wanted to go legit.  I had to make a strong impression.

The balding man behind the desk looked up.  “You don’t look twenty-seven,” he said.

“I’m not.  I don’t have a Ph.D. in math, either.”  My words rushed out, and I sat in a chair to force myself to slow down.  “I copied someone’s resume, just hoping to get the interview.”

He leaned back in his chair and pinched the tip of his nose a couple of times as he looked me over.  “You’re what, eighteen?”

“Fresh out of high school and watching too many James Bond movies?  Tell you what–I admire your creativity.  Go to college, get a degree in something useful, and I’ll guarantee you an interview when you graduate.”

“I can’t go to college.  Anyway, I need a job that will pay me now, and I think you can use someone of my unique talents.”

“I hate to disappoint you, but you’re not much of a liar.”  He held up the resume I’d sent.  “A good candidate would have been able to walk through that door and convince me he was the man on this sheet of paper.”

“You wouldn’t believe me if I told you.  You have to see it first.  Write this down on a piece of paper: Nat Morgan promised to show me his talent.  Then sign it and put the date and time.”

He gave me a skeptical look.  “I don’t have time–”

“Please.  I promise you’ll be impressed.”

After a moment, he picked up a legal pad off his desk and wrote.  “Done.  Now what?”

“Now I step outside for a minute and come back in.”  I stood up and walked out the door, closing it behind me.  I counted to sixty, just to be safe, then walked back into the office.

The interviewer looked at me, blinked rapidly a few times, then shook his head as if to clear his thinking.

“You don’t look twenty-seven,” he said.

“My name in Nat Morgan,” I said, “and I promised to show you my talent.”

“Sorry, I don’t remember that.  You’ll have to make an appointment, because I’m supposed to see–”

“Look at your pad of paper.”

He pulled the pad across the desk and looked at it, then looked at his watch.

“You must have snuck in here and written that while I was at lunch.”

“Is it your handwriting and signature?”

He leaned back in his chair and pinched the tip of his nose a couple of times.  “You’re a forger?  It’s pretty good work.”

“I’m not a forger”  I waved my finger in a circle.  “Do you have video surveillance of this room?  That’ll make things quicker.”  I’d have brought my own video camera, except security would have confiscated it on the way in.

“OK, the fact is you wrote that when I was in here a few minutes ago, but you forgot I’d been here after I stepped outside.”

A version of this scene is still in the novel, though it is no longer the beginning.  But it’s still my favorite bit because it’s the seed from which the novel grew.

One of Eric’s earliest memories is of an Apollo launch on television. Thanks to his father’s old science fiction collection, Eric grew up reading Asimov and Heinlein.

Eric attended Orson Scott Card’s Literary Boot Camp and the Odyssey Writing Workshop. Eric lives in Utah with his wife, who is a high school physics teacher, and their daughter.  His website is www.ericjamesstone.com.