Brenda W. Clough is joining us today to talk about her serial fiction A Most Dangerous Woman, a standalone sequel to Wilkie Collins’ The Woman in White. Here’s the description:

Marian Halcombe never believed she’d fall in love, let alone marry. That is, until she meets Theo Camlet. But when Theo’s first wife, who everyone believed to be dead, reappears, Marian’s happy-ever-after might just slip away. Marian and her brother in law, Walter, must delve into the darkest and most dangerous corners of London to save Theo from accusations of bigamy and murder, as well as the hangman’s noose. 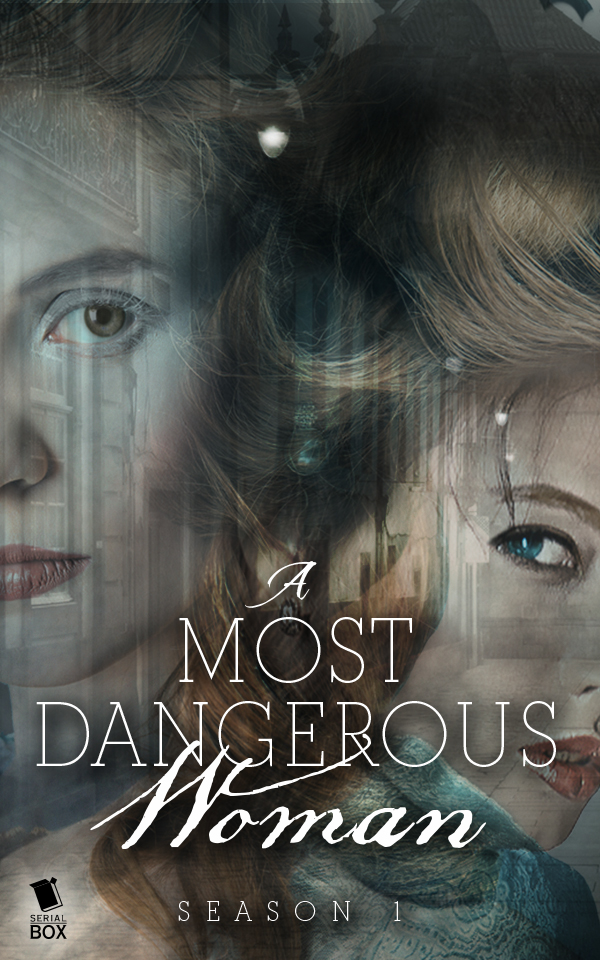 A MOST DANGROUS WOMAN is solidly set in the mid-Victorian period, an era full of research nuggets. It was before antibiotics, before the germ theory, but in a period where everyone wrote everything down. So you have masses of thrilling and blood-curdling medical disaster stories. I am trying to wedge as many of the most wince-worthy ones into these novels! But some of the ones that didn’t make it into the current book include:

The period pharmacopoeia. The favorite Victorian drug was an opiate; opium or its more powerful derivatives were added to everything. Tonics. Baby supplements. Cough syrups. Malaria medicines. It’s a wonder anyone got anything done, they all must have been higher than Timothy Leary. Another beloved chemical enhancement was arsenic. It was like corn sugar for us, a useful additive to anything you can imagine. Lotions, foodstuffs, hair products – everything went down a little better with arsenic. There were no food purity regulations, no drug laws that precluded you from buying half a pound of the stuff at the local store so that you could add arsenic, or opiates, to the food you were selling or cooking for the hubby and kids.

Things to do to sick people. When Emily Bronte (author of WUTHERING HEIGHTS) was bitten by her dog, she staved off rabies by cauterizing the wound with a poker heated red-hot. She did this with her own hands, not even allowing Charlotte and Anne to help. Thank God, there were no cell phone cameras so the incident is not viewable on YouTube. The things to feed to sick people will make you feel ill just reading the recipes. The idea was that sick people were not strong enough to digest anything. So they got dishes like bread jelly (put the bread in a bowl, pour boiling water on, and after it cools take the bread out. Spoon the water left in the bowl into the invalid’s mouth). Or gruel, the bane of Oliver Twist. You could have sago gruel, oatmeal gruel or rice gruel. All of these to be served quite plain, and any leftovers could be used to glue wallpaper to the walls. If you read JANE EYRE it is clear that Bertha, the crazy wife hidden in the attic, is fed on nothing but gruel. After a year or two on this diet you would go berserk and burn the hose down too!

Creative treatment trends. There was a fashion for hydropathy, which means taking baths. Cold baths, hot baths, water poured in a steady stream onto the top of your head – all these things were supposed to help cure a variety of ailments. Charles Darwin spent years treating his digestive issues with sitz baths, sitting in a shallow basin of water. You can still view the bowl at his house in Sussex – he kept it hanging behind his office door, handy for use. Another horrific notion, mainly pushed by a single nutty doctor, was clitoridectomy. Yes, using a scissors on a woman’s most personal organ would cure her of nearly anything from toothache to infertility. That doctor got disbarred, but another, whose idea that all your health problems were caused by your teeth, was not. He prescribed extractions for everything from colds to heart trouble to gout, and did a good business. Then he got sick himself, and had all his own teeth pulled out. He was horrified when it didn’t help, and you will not be surprised to hear that after that he went into a decline.

And finally, the one medical issue that you find very little written about: STDs. Sexually transmitted illnesses were rampant, in an era when London teemed with prostitutes and there were no cures or cheap protections. There was of course no birth control, and even condoms had to be expensively and painstakingly hand-made (from lamb intestine, tied on with ribbon). Every man who strayed sooner or later picked up some horrible disease, and if they were unlucky they were infected with the most feared germ of all: syphilis, the Great Pox. It was highly infectious, and incurable. The treatments (mercury) were at best partially effective and at worst killed you outright. But you couldn’t talk about it. Because if you had an STD you, by definition, had been sleeping around. Doctors would diagnose and treat men, but carefully not tell their wives even if the lady became infected. Because it was the mister who paid the bill, and the knowledge would only upset the poor little woman, right? In any case there was no cure until the advent of penicillin, and if you were really unfortunate the disease would pop back out after years of making you ill, and drive you insane. A vast field of literary analysis is out there, exploring how the fear of VD haunts fiction and poetry of the period. As syphilis warped men’s sexuality, infected women (Isak Dinesen caught syphilis from her husband) people wrote about it in coded or veiled terms that we are only just starting to perceive.

Although I had not intended this, you can look up from the world of A MOST DANGEROUS WOMAN and be really, really glad that you live in an era with modern medicine!

A Most Dangerous Woman

BIO:
Brenda W. Clough spent much of her childhood overseas, courtesy of the U.S. government. She writes novels and short stories. Her first fantasy, The Crystal Crown, was published by DAW in 1984. She has also written The Dragon of Mishbil (1985), The Realm Beneath (1986), and The Name of the Sun (1988). Her children’s novel, An Impossumble Summer (1992), is set in her own house in Virginia, cottage at the edge of a forest.

Her novel How Like a God was published by Tor Books in 1997, and a sequel, Doors of Death and Life, was published in May 2000. Her latest novels from Book View Cafe include Revise the World (2009) and Speak to Our Desires.

She has been a finalist for both the Hugo and the Nebula awards.