Brandon McNulty is joining us to talk about his debut novel Bad Parts. Here’s the publisher’s description:

A TOWN DIVIDED. A DEMON MADE WHOLE.

When rock guitarist Ash Hudson suffers a career-ending hand injury, she seeks out the only thing that can heal it—her hometown’s darkest secret.

For decades the residents of Hollow Hills, Pennsylvania, have offered their diseased and injured body parts to a creek demon named Snare. In return, Snare rewards its Traders with healthy replacement parts. There’s only one catch: if Traders leave town, their new parts vanish forever.

Ash wants a new hand, but living in Hollow Hills isn’t an option. Not when her band is one gig away from hitting the big time. Desperate, she bargains with Snare, promising to help the demon complete its organ collection in exchange for both a new hand and the freedom for everyone to leave town.

As her band’s show rapidly approaches, Ash teams up with her estranged father in a last-ditch effort to recruit new Traders. But not everyone trusts Snare’s offer, and Ash soon learns how far her neighbors will go to protect their precious parts.

With her family in danger and her band waiting, Ash must find a way to help Snare. But even if she succeeds, there’s no telling what Snare plans to do with everyone’s bad parts. 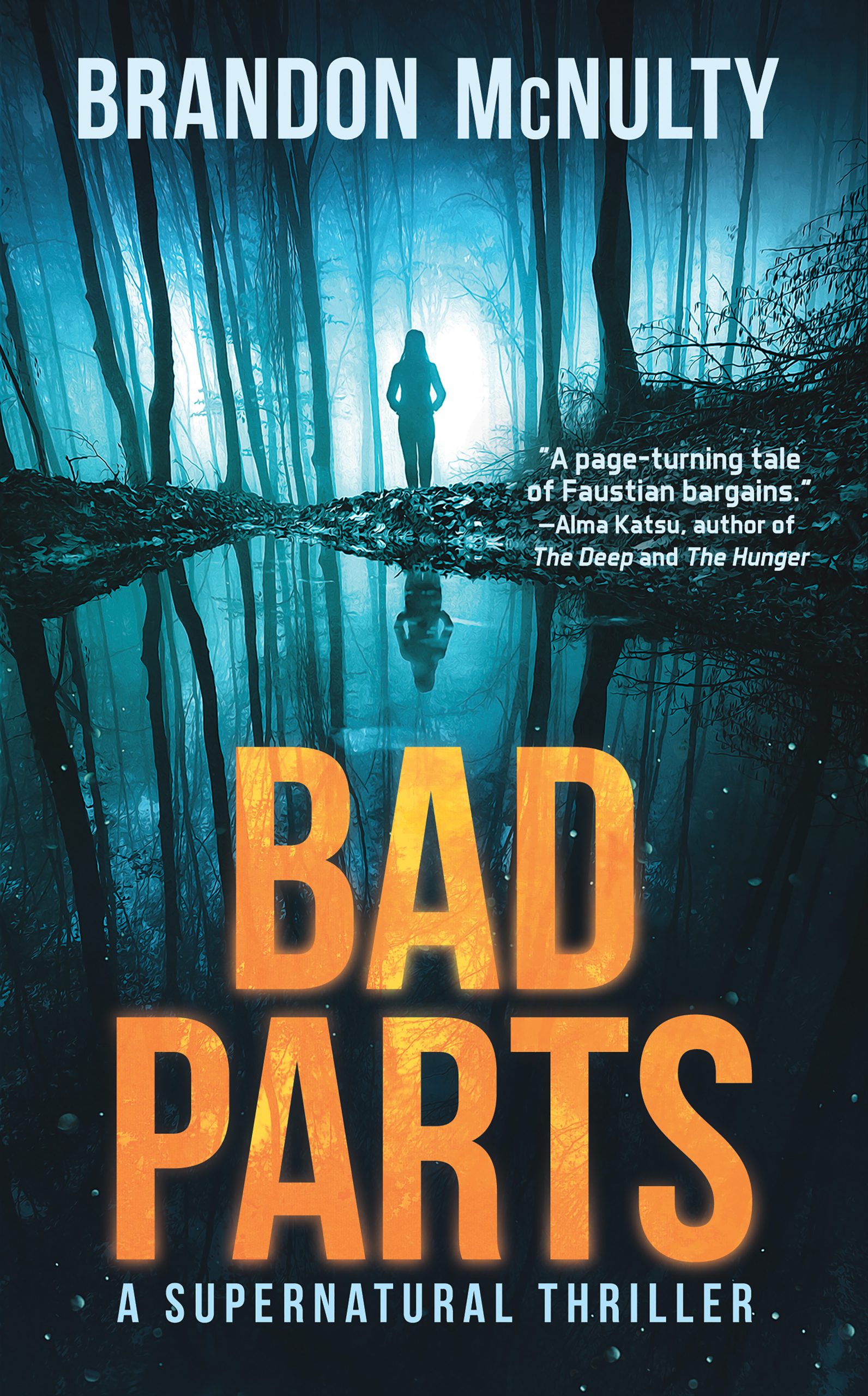 The only thing I love more than a monster is a monster that never runs out of surprises. A creature that steals the show, spreads delicious terror, and constantly reinvents itself.

That’s why my favorite bit from Bad Parts is the shapeshifter at the heart of the story—an organ-swapping demon named Snare.

Ever since I first watched John Carpenter’s The Thing, I’ve been obsessed with shapeshifters. Mimicking other living beings is not only downright cool, but it also allows for countless storytelling possibilities. However, in order to create a compelling shapeshifter, the creature’s power needs to be limited in some way. When it came to limiting Snare, I had an unusual idea in mind: organ trades.

Snare, who inhabits a woodland creek in a small Pennsylvania town, can cure everything from broken bones to lung cancer. Anyone who donates their diseased and injured body parts to her collection gets a healthy replacement in return, but there’s a catch: leave town with one of Snare’s parts, and you’ll lose it. Forever.

The idea for Snare’s dark magic came from my own personal desire for bodily healing. I began writing Bad Parts in my mid-twenties, around the time my knees started bothering me after years of distance running. Sore knees aren’t a big deal, but they got me wondering: how far would people with more severe ailments—terminal illness, debilitating injuries, chronic conditions—go for a cure, especially if one weren’t easily accessible to them? With health being so critical to survival and happiness, who wouldn’t trade a faulty organ for a replacement if given the chance? Even if they had to remain stuck in town for life, it would sure beat suffering…right?

With these questions in mind, I started writing. During my first draft, I thought of Snare purely as a monster—a catalyst to create tension among the townspeople. It wasn’t until later that I gave her a personality, motivation, and backstory. That’s when she truly came to life.

In developing her character, I drew inspiration from Leland Gaunt, the nefarious shopkeeper from Stephen King’s novel Needful Things. In many ways, Snare is Gaunt’s creek-based cousin, giving bargainers what they want in exchange for what they don’t. However, whereas Gaunt is essentially a proxy for the devil, Snare has an achingly raw personal history—and an urgent reason for collecting body parts.

From first draft to final, Snare never stopped surprising me. Whenever I wrote one of her scenes, the story veered in a wild new direction, and luckily I managed to keep up. As for our time together? I wouldn’t trade it for anything in the world.

Brandon McNulty grew up loving monsters, demons, and the thrill of a great scare. Now he writes supernatural thrillers, horror, and other dark fiction. He is a graduate of Taos Toolbox Writers Workshop and a winner of both Pitch Wars and RevPit. He writes from Pennsylvania.