Alyc Helms is joining us today with her novel The Dragons of Heaven. Here’s the publisher’s description:

Street magician Missy Masters inherited more than the usual genetic cocktail from her estranged grandfather. She also got his preternatural control of shadow and his legacy as the vigilante hero, Mr Mystic. Problem is, being a pulp hero takes more than a good fedora and a knack for witty banter, and Missy lacks the one thing Mr Mystic had: experience. Determined to live up to her birthright, Missy journeys to China to seek the aid of Lung Huang, the ancient master who once guided her grandfather.
Lung Huang isn’t quite as ancient as Missy expected, and a romantic interlude embroils her in the politics of Lung Huang and his siblings, the nine dragon-guardians of creation. When Lung Di-Lung Huang’s brother and mortal enemy-raises a magical barrier that cuts off China from the rest of the world, it falls to the new Mr. Mystic to prove herself by taking down the barrier.
As Missy prepares to confront Lung Di, she faces a tough decision: remain loyal to Lung Huang and see China destroyed, or side with the bad guy and save the world. 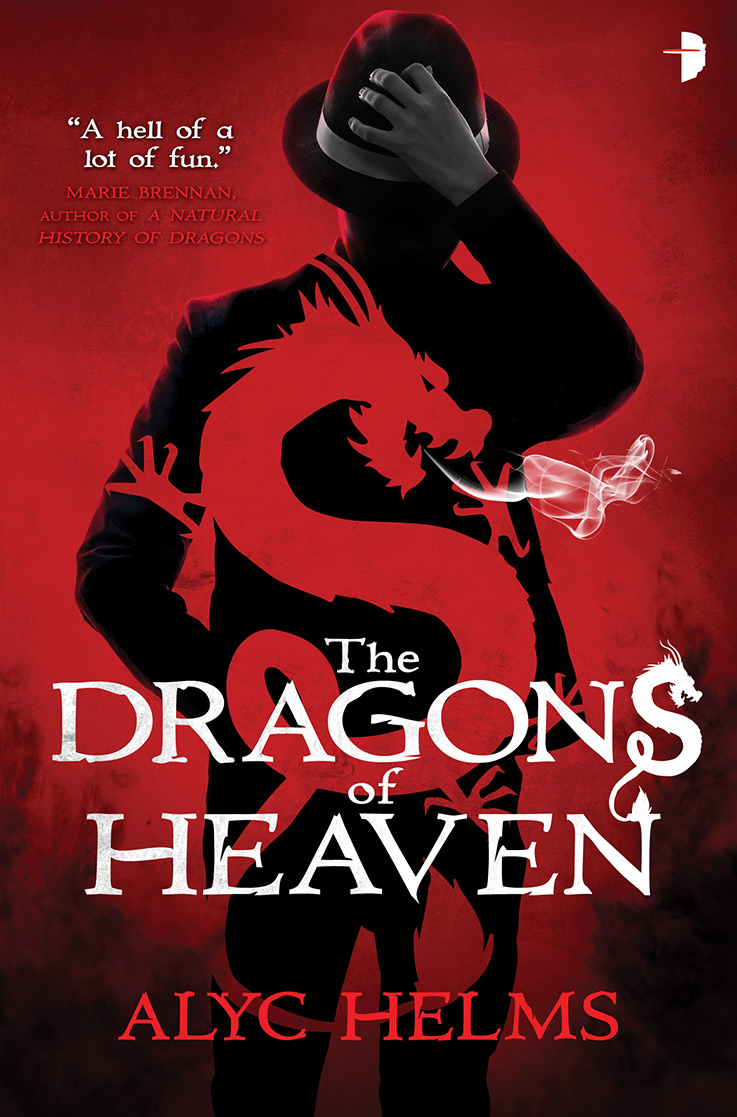 I‘m a folklore nut. Growing up, I amassed a decent collection of Andrew Lang’s Fairy Books of Many Colors.  I snatched up every Terri Windling/Ellen Datlow collection I could lay my mitts on. I knew the ‘original version’ of Sleeping Beauty (well, the Basile version) before it was cool. I started studying folklore because I was a sucker for synchronic myths—the way similar-seeming plots and tropes would show up in the stories of otherwise distinct cultures. Your basic Claude Levi-Strauss, Joseph Campbell-style folklore-geek crack about ‘mythemes’ and ‘hero’s journeys.’ I was all about the Ur-narrative. The Uber-myth.

I think the first thing they do when you go into Folklore as a disciplinary study is beat that wide-eyed adoration of universal narratives out of you. They let you know that universal themes and plots are lovely, and it’s so nice that Campbell brought you this far, but the study of Folklore is the study of the particular, of variation. It’s a focus on the different meanings that a particular group of people ascribe to a seemingly universal story. It’s a study of the coded associations that cultural groups embed into common symbols. The first rule of Folklore club is, if someone asks you if you’ve heard a particular story before, you say no because you want to hear their version of that story. The hero’s journey is not the same thing to all peoples. It only looks that way if you erase the nuance.

The Lang books were pretty good prep for going beyond Western European folklore (he includes a not- insignificant selection of tales from other parts of the world/cultures), but I really started digging in to non-European myths, legends, and lores in my undergrad days.

That’s where I discovered the Cannibal Inn trope.

The cannibal inn is one of my favorite tropes in Chinese folklore, possibly because when I first encountered it, I was studying travel narratives and the satisfaction that people take in hearing and telling stories of travel disasters (like the Mary-Go-Round trials and associated drinking game of our lovely hostess!) In a cannibal inn story, a traveler stops at an inn for a night, but wakes up to discover that the kind innkeepers and friendly locals are all cannibals, and the traveler is in danger of being the next meal. The details of each execution reveal a lot about cultural norms: expectations around hospitality, the tensions that can creep into host/guest relationships, what happens when propriety comes into conflict with taboo. Great, rich stuff that can’t be conveyed by a summary.

So, of course, when writing The Dragons of Heaven, I had to include a cannibal inn scenario!

But that threatened to run afoul of another thing I love: characters who are narratively savvy, who know stories and use stories to make sense of the world around them. A character with knowledge of the cannibal inn trope who finds herself in a cannibal inn situation is going to have some awareness of how to deal with the situation.

A bunch of clueless Western tourists… are not.

So, early on in Missy’s adventures (before she gets too narratively savvy), I tell my own version of a cannibal inn story. It’s a tourism-gone-wrong narrative, a take-home-to-your-friends-(if-you-survive) cautionary travel tale. It is not simply a Hansel and Gretel variant (despite the claims of the German tourist in the group). It’s my chance to explore and foreshadow in microcosm Missy’s own, particular hero’s journey as well as the larger themes of the book: issues of cultural intrusion and appropriation, xenophobia/xenophilia, and collaborative heroics.

I wrote the entire thing in a single sitting, cackling to myself as I did so. It’s my favorite non-spoilery chapter to perform at readings when I can wrangle 6-8 people to play the different characters (pro-tip: former Angry Robot editor Lee Harris plays a fantastic vixen!) I take glee when readers tell me that a particular bit (you’ll know it when you get to it) made them queasy. It’s the darling I wasn’t willing to kill even when I wondered whether it had a place in the larger narrative flow of the book. I made it work because I wasn’t willing to let it go.

Enter the Goodreads giveaway by July 1 for a chance to win a copy.

BIO:
Alyc Helms fled her doctoral program in anthropology and folklore when she realized she preferred fiction to academic writing. She dabbles in corsetry and costuming, dances Scottish highland and Irish ceili at Renaissance and Dickens fairs, gets her dander up about social justice issues, and games in all forms of media. She sometimes refers to her work as “critical theory fanfic,” which is a fancy way to say that she is obsessed with liminality, gender identity, and foxes. She’s a freelance RPG writer, a graduate of Clarion West 2012, and her short fiction has appeared in Beneath Ceaseless Skies, Daily Science Fiction, Crossed Genres, and Lady Churchill’s Rosebud Wristlet. Her first novel, The Dragons of Heaven, will be published by Angry Robot Books in June 2015. She can be found on Twitter @alychelms or at www.alychelms.com.

2 thoughts on “My Favorite Bit: Alyc Helms Talks About THE DRAGONS OF HEAVEN”