Alice James is joining us today to talk about her novel Grave Secrets. Here’s the publisher’s description:

A whodunit with zombies. And vampires. And romance. And croquet.

Estate agent by day, necromancer at night, Toni Windsor is trying to live a quiet life in the green and pleasant county of Staffordshire. She’d love to finally master the rules of croquet, acquire a decent boyfriend and make some commission as an estate agent.

All that might have to wait, though, because there are zombies rising from their graves, vampires sneaking out of their coffins and a murder to solve.

And it’s all made rather more complicated by the fact that she’s the one raising all the zombies. Oh, and she’s dating one of the vampires too. Really, what’s a girl meant to do?

Grave Secrets is the first in a series of light-hearted adventures that pitch Toni against mortal murderers and the undead. She has to battle the forces of darkness as well as the fallout from her own unwise impulse decisions and terrible taste in men. 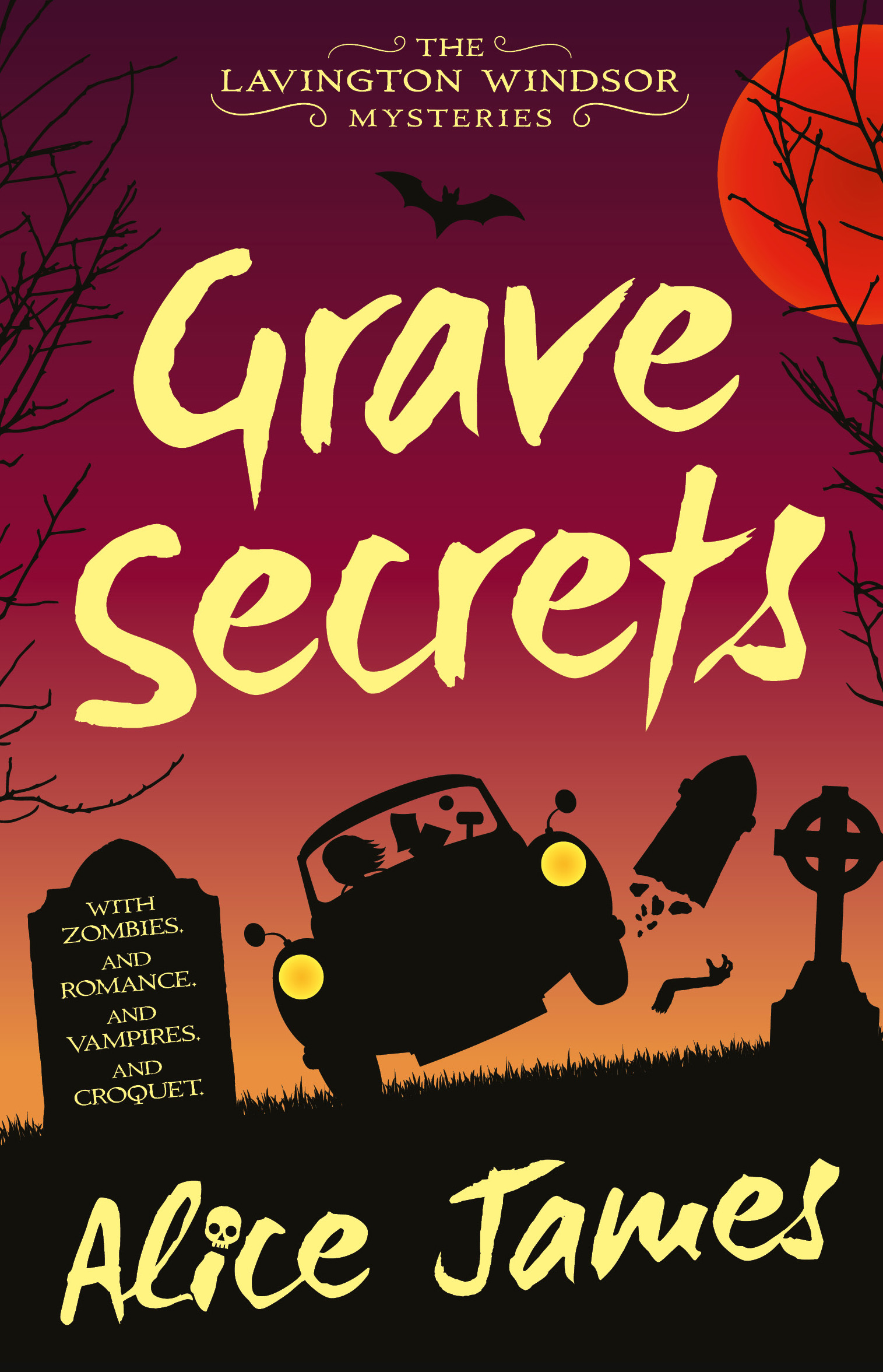 It would have helped so much if I had started writing this novel with a clear idea of genre. Well, scratch that. It would have probably killed it stone dead with no hope of an arcane resurrection, because it’s chick lit, cosy crime, an Aga saga, urban fantasy, light horror, paranormal romance and a whodunit all in three hundred pages. Oh, and there are zombies and necromancers tucked in there too, so maybe if I’d worked all that out up front, I would have just run screaming for the hills…

The important thing is that Grave Secrets has many elements, only some which I was familiar with. I’d read plenty of crime and reams of paranormal romance. I’d munched my way through many, many Aga sagas and an awful lot of urban fantasy… What I hadn’t read was a lot of horror.

Don’t get me wrong, I love a bit of Stephen King, and nothing whiles away a long train journey better than a side order of Mary Shelley topped up with soupçon of Elizabeth Hand. I’m just so often led away to the shelves next door by the promise of a solid locked-room mystery, a sexy vampire or a cat nesting by an Olde English Stove being petted by a woman dressed in chintz.

But I found myself writing a novel that is very much horror, albeit that there is a crime to be solved, hot undead boyfriends to be test driven and a croquet match looming up. There was no getting away from it: I was going to have to learn a brand new skill.

Robert E Howard was great at action scenes. Apparently Mary Gentle exhales them when she breathes. Joe Abercrombie appears to shed them onto the pages instead of skin cells like the rest of us. I’m not so lucky. They require blood, sweat, tears, wine, much swearing and usually about four sessions of weightlifting at the gym.

I don’t have a problem with narrative. Plots unfold obediently. My characters, though frequently unexpected, are not uncooperative. But action scenes? They are up there with visits to the dentist, filing my tax returns and emptying the compost bin.

And one was looming up on me… My heroine was there in the dark, the forces of evil closing in on her. And I kept bottling it, over and over again. I put off writing it for three weeks. I wrote literally nothing for twenty-one days. I mooched around the house snapping at people and failing to groom the cat. And then I pulled myself together, drove down to the DIY centre and bought a nail gun.

I’m pretty good at DIY. I’m also a qualified silversmith, so it you do it with hammers or a soldering torch I’m your girl. But it had come to me over the course of my mooching and hefting of barbells that what my gory decapitation-themed bloodfest really, really needed, apart from maybe a ghost writer, was a nail gun.

In D&D it would be the ultimate I-didn’t-have-enough-points-left-for-anything-better compact ranged weapon – short range, rubbish aim, just as liable to hit your own party as the Ravenous Undead Were Zhackal if you have taken much damage or rolled another one. (Yes. It’s personal. The dice do hate you.) And while I had realised that it was just the thing my heroine needed, I had never used one. That would never do. No one likes an uninformed author. You can always tell. Swords and sorcery novels tend to have a smattering of muscled goldsmiths and smelterising tucked in there between the swashbuckling and the attar of roses and, take it from me, they never get it right. I didn’t want to put nail gun aficionados off my novels so off to the hardware store it was.

One session with that baby and a broken filing cabinet banished writer’s block like it was a vampire watching the sun inch over a Cotswold treeline. It was the sort of rush that usually takes two martinis and a marathon of The Witcher to achieve. Blood flowed, heads were ripped off, hearts were torn out, and – in a poignant moment – my heroine realised that her doom had come upon her and that she needed to face her maker with grace. (No spoilers, but it’s the first in a series, so that was never going to happen.)

Seriously, I’ve never spent better money. That twangy little tool mends fences, builds compost bins, revivifies old sewing cabinets, erects bean frames and enables you to finally finish your debut fantasy novel, find an agent and get published – oh, and get over that day when your English teacher Ms J told you no one wanted to read that much drama in those few sentences, you woefully underused full stops and you should probably concentrate on your maths instead.

Nails guns. It turns out they are the secret to happiness.

Though Ms J was right about the full stops. I’m still working on that one.

Alice was born in Staffordshire, where she was lucky enough to have a mother who was addicted to science fiction and a father who was fond of long country walks so she grew up with her head in the stars and her feet on the ground. Alice works as a writer and academic editor. She was previously a journalist and TV presenter for Bloomberg before becoming press and PR director of a $1 billion US hedge fund for 18 months. That turned out to be the worst period in history for hedge funds, so she retired wounded and decided that perhaps writing fantasy was a safer career. She has a degree in Maths and half of a diploma in silversmithing because it turns out that making the ladies’ version of the One Ring is a lot harder than she thought. She likes cats and ramen noodles.