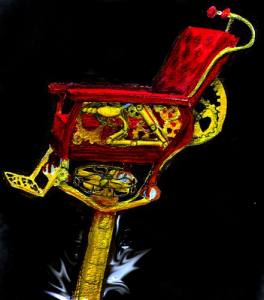 6 thoughts on “What Would a Steampunk Gibson Chair Look Like?”