Rhiannon Held is joining us today with her novel Reflected. Here’s the publisher’s description.

Rhiannon Held continues the secret lives of the werewolf packs that live and hunt alongside human society in Reflected, the third book of the series that began with her debut novel, Silver. Silver and her mate Andrew Dare are pack leaders of the entire North American werewolf population, and that makes the more traditional packs in Europe very nervous indeed. It’s getting hard to hide from human surveillance. 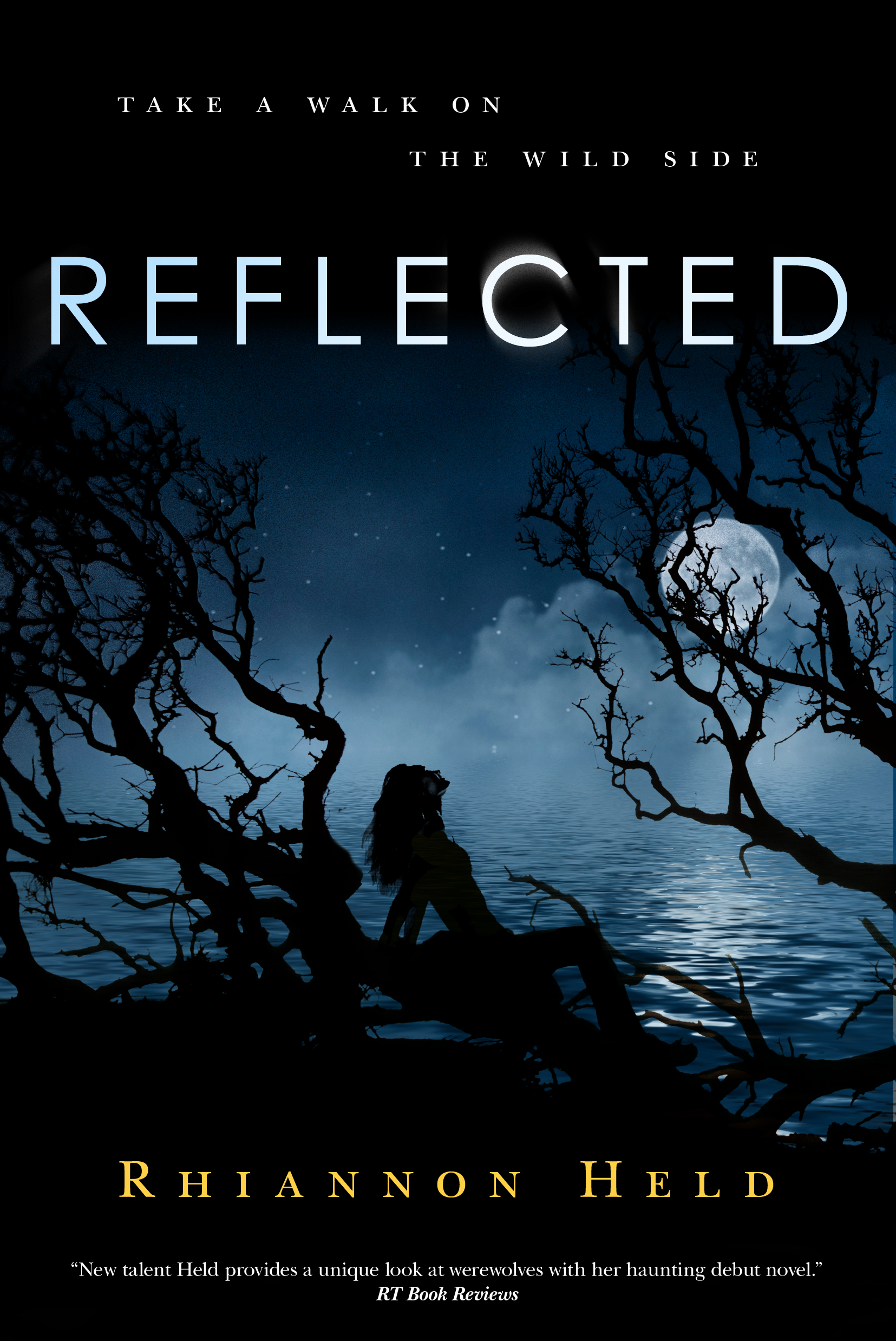 The play’s the thing,

Wherein I’ll catch the conscience of the king.

So what am I talking about? What’s a therapeutic metaphor? It’s when, rather than giving advice, you tell someone a story and let them find their own meaning within it. My favorite example is a conversation I had with a friend in college. She wasn’t sure if she was in love with her boyfriend, and had been getting conflicting advice from family members about how to tell. I honestly had no clue if she was in love, so I told her the story of my father and his first wife. How they were high-school sweethearts, and how my father said later that the feeling of having someone care about you for the first time was so amazing that it was easy to mistake it for love. Had I instead put my thoughts into the form of advice, I probably would have said something like “It’s too soon to tell.”

Years later, when that boyfriend was long gone, my friend referenced “that time you told me I wasn’t in love.” The meaning she’d needed to find in my story was that she wasn’t in love, that’s that she remembered me saying, though I’d never said that. I wouldn’t even have said that had I been giving her straight advice.

That’s the beauty of therapeutic metaphor, also the scary part of it. The beauty is that sometimes you can, as if by magic, connect people to things they already knew unconsciously, but couldn’t admit. The scary part is you can’t control what people get out of it. Perhaps they read in a meaning that’s the opposite of what you would have wanted to tell them directly. It’s the risk you must take. Writers out there will instantly recognize that feeling. Readers invest your writing with all kinds of meaning you never intended, and that’s beautiful, and scary.

In Reflected, my character Silver uses werewolf myths as therapeutic metaphors. After being injected with silver nitrate, Silver can’t shift, and often sees the world strangely, so she’s drawn to her culture’s stories. When her mate and co-alpha, Andrew Dare, is called away, Silver is left not only to take care of the pack but to try to control Andrew’s rebellious teen daughter, Felicia. Felicia, perhaps needless to say, gets into plenty of trouble and hurts Silver quite badly along the way, leaving their quasi-stepparent/child relationship even more fragile by the end of the novel.

In that context, Felicia would never accept advice from Silver in a million years (or perhaps at least ten, to give her time to grow up a little). So Silver tells Felicia a story. Not a story about a disobedient teen and her stepmother, no, that would put up Felicia’s guard. She retells a myth about a beta who got one of his pack members killed by human hunters, and how he eventually learns to accept forgiveness from his pack. And Silver lets Felicia find whatever meaning she needs in the story.

And that’s my favorite bit because I got the opportunity to have my characters illustrate one of the beautiful and scary things about writing the whole novel for me: my readers might possibly find meanings they need for their own lives in my characters’ stories. Like Shakespeare using a play within his play to illustrate the power the whole play can have on the audience, perhaps Silver’s story for Felicia can show what the whole novel can do for the reader.

On the other hand, readers might not find any particular meaning in the novel. They might close the book, think “fun story,” and go back to their daily lives. But the novel is there, ready and waiting, if they want to find meaning in it. And maybe one day, the reader will have a friend who needs to hear a story about not being in love, and the reader will remember Silver, and the power of a metaphor.

Rhiannon Held is the author of the urban fantasy Silver series from
Tor. She lives in Seattle, where she works as an archaeologist for an
environmental compliance firm. Working in both archaeology and writing,
she’s “lucky” enough to have two sexy careers that don’t make her
much money.