Harry Connolly is joining us today with his epic fantasy series The Great Way. Here’s the publisher’s description.

BOOK ONE OF THE GREAT WAY: The city of Peradain is the heart of an empire built with steel, spears,and a monopoly on magic… until, in a single day, it falls, overthrown by a swarm of supernatural creatures of incredible power and ferocity. Neither soldier nor spell caster can stand against them.

The empire’s armies are crushed, its people scattered, its king and queen killed. Freed for the first time in generations, city-states scramble to seize neighboring territories and capture imperial spell casters. But as the creatures spread across the land, these formerly conquered peoples discover they are not prepared to face the enemy that destroyed an empire.

Can the last Peradaini prince, pursued by the beasts that killed his parents, cross battle-torn lands to retrieve a spell that might—just might—turn the battle against this new enemy?

BOOK TWO OF THE GREAT WAY: Having lost the prince to the madness of The Blessing, Tejohn and Cazia are the only people who know of his plan to retrieve a secret spell that might, just might, turn the tide of battle against the grunts.

But Tejohn’s body is broken, and Cazia has been stripped of her magic. Worse, both are being held captive: Tejohn faces charges of treason in the lands where he was born. On the other side of the continent, Cazia is a prisoner of the Tilkilit queen, a creature with a desperate, deadly plan.

While they struggle for their freedom, The Blessing continues to spread across Kal-Maddum, their numbers growing more numerous as the human population shrinks. What had started as a race to restore an empire has quickly become a mission to save humanity from extinction.

BOOK THREE OF THE GREAT WAY: What was once the Peradaini Empire is now a wasted landscape of burned, empty cities and abandoned farmlands. The Blessing, now more numerous than ever, continues to spread across the continent, driving refugees to the dubious safety of the city walls. Unharvested crops mean that few strongholds have enough provisions to last the winter, although most know the grunts will take them before starvation will.

But hope survives. A piece of stolen magic just might halt the spread of The Blessing if Tejohn and Cazia can find a scholar with the skill to recreate the spell. If such a person still lives.

Unfortunately, they are nearly out of time. The few remaining human enclaves are isolated and under siege. Worse, The Blessing has spread to other sentient creatures. If Cazia and Tejohn are going to strike back at their monstrous enemy, they can not delay.

And there’s another, deeper question left unaddressed: where did The Blessing come from, and why have they invaded Kal-Maddum? 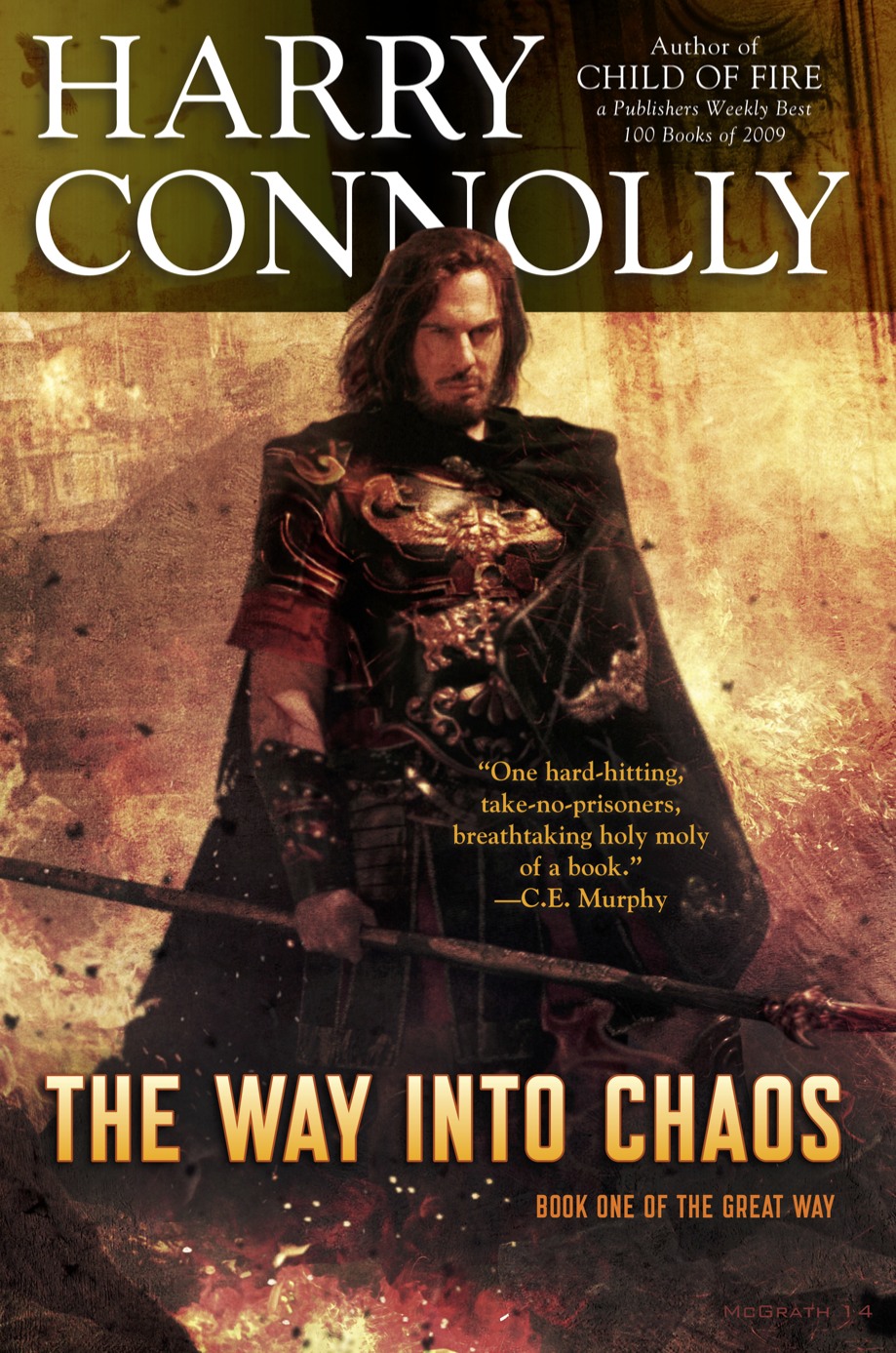 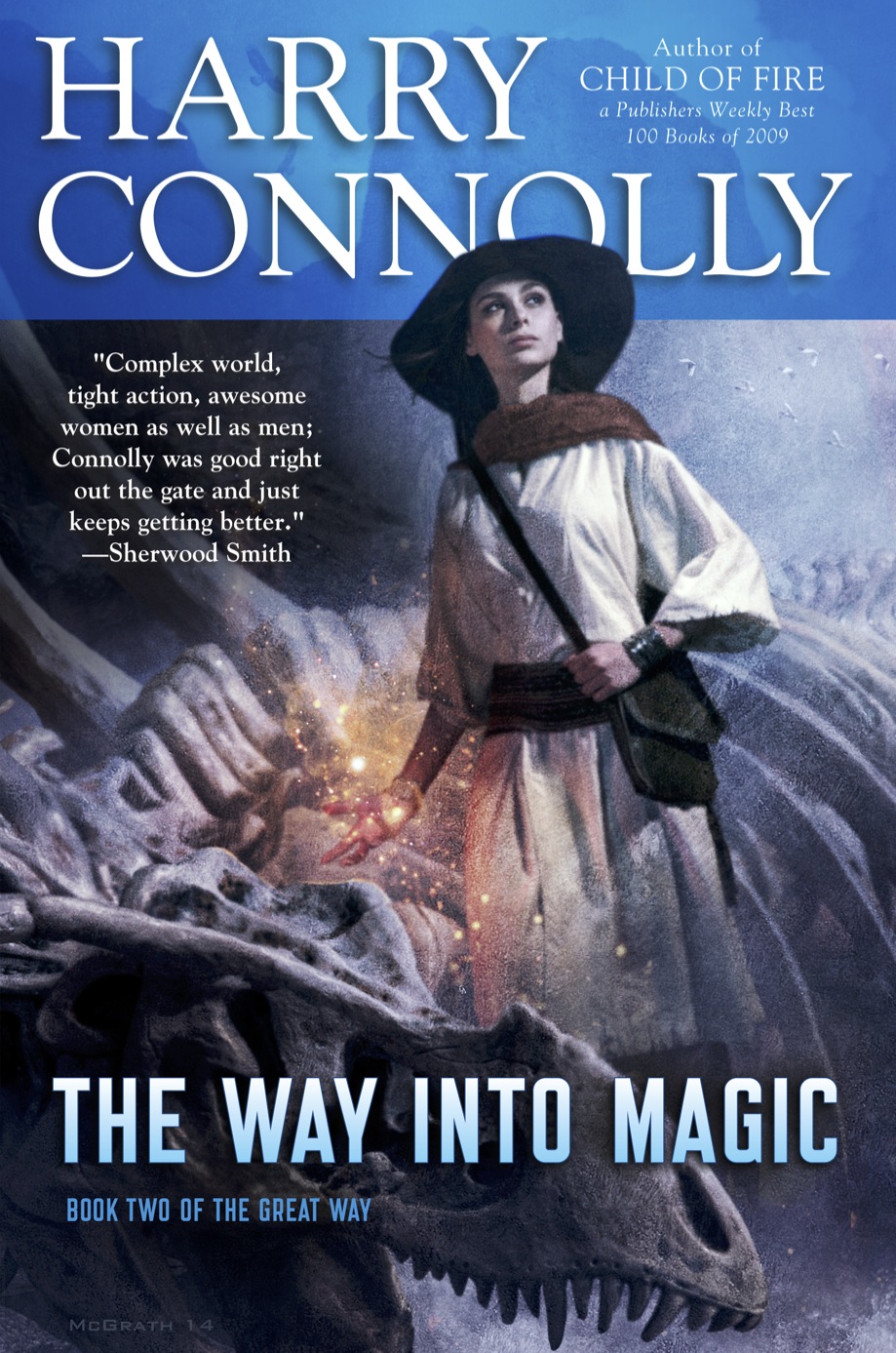 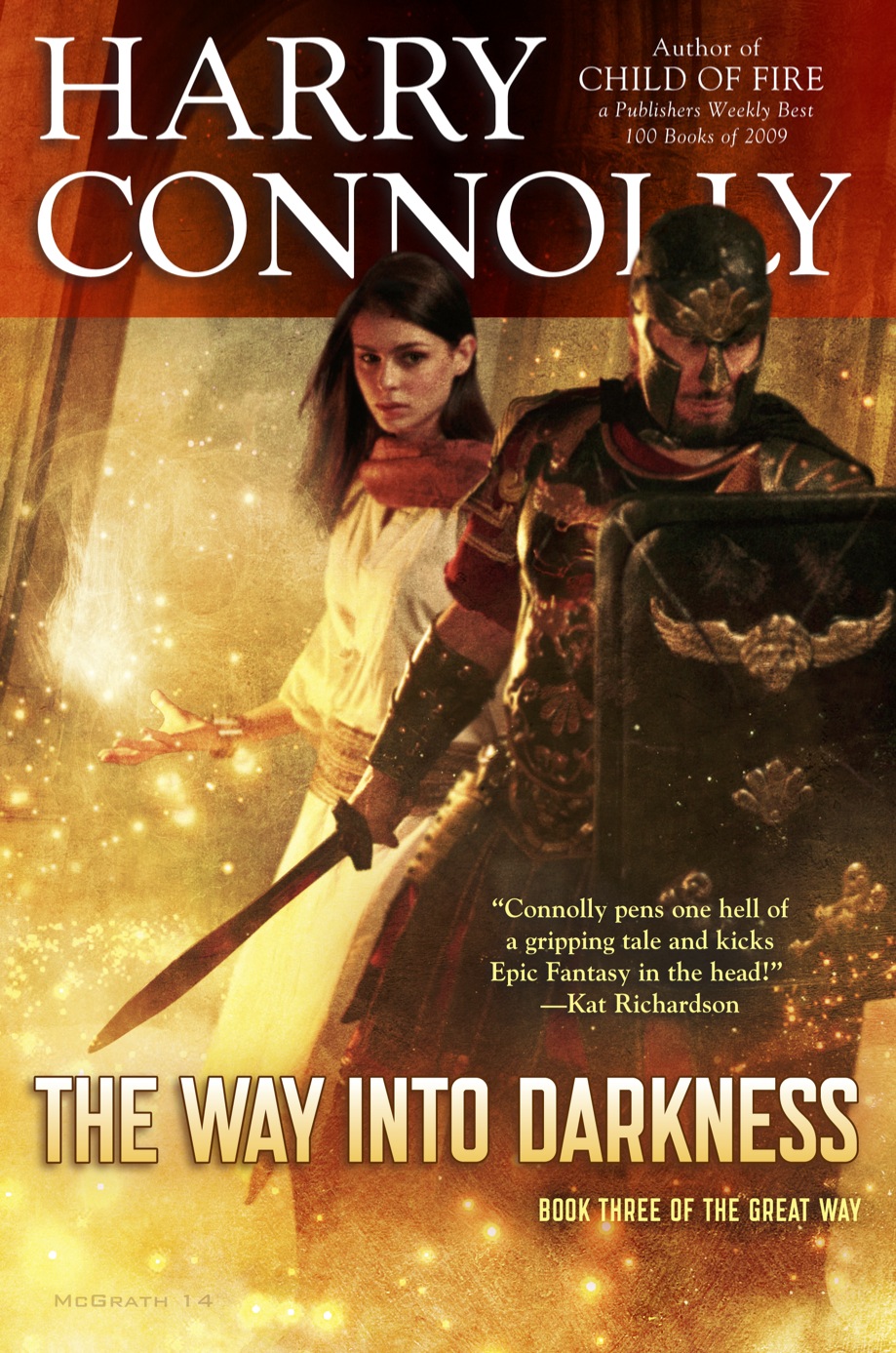 I suspect this will surprise my regular readers, but in the whole 375,000 words of my new epic fantasy trilogy, my favorite bit is a single line of dialog.

Having written and released ten books, what I’m known for (to the extent that I’m known at all) is that my stories are like thrillers: desperate violence, twisty plots, a fast pace, and weird supernatural elements. I enjoy reading page-turners, and I try to write them, too.

But writing an exciting story isn’t enough. I need to poke at the format, too. I like to play with readers’ expectations, and not just in a “who will live/who will die” way. Making readers worry about the characters is easy. Making them rethink the characters is fun.

That’s why the first book of this trilogy starts with many the tropes of the genre: a bright and shining city, a festival, a school for magic, a good-hearted prince, and the worries of his royal family.

Then all of it gets wiped away.

That’s not a spoiler; I’ve been describing this book as “A sentient curse causes the collapse of an empire” for months now. The king and queen are killed, the prince flees for his life, and, in the aftermath, the characters mourn everything that’s been destroyed.

Because it’s not just the citizens of the largest city on the continent that has been lost, it’s also the learning, the culture, the arts, the writing, the traditions. The small group of characters who escape the city (people that I as the author have worked to make sympathetic) is mourning lost family, lost friends, a lost home.

But when the refugees reach the safety of a military outpost and, having arrived in the dead of night, they’re challenged at the point of a spear and told to identify themselves. Then this:

“Lar Italga,” the prince said as he stood, “prince of Peradain and heir to the Throne of Skulls.”

After seven chapters of fantasy tropes coded to indicate “good guys,” I had to drop in this one, which is most definitely not good guy terminology, because it’s the first moment when we see the other side. Yes, most of the characters are good people. They try to be kind to each other. When they’re in conflict, it’s because of misunderstanding or clashing value systems, not vanity, greed, or malice.

And yet, this likable prince is about to ascend to something called “the Throne of Skulls” and he doesn’t even blanch at the name. It doesn’t even occur to him that he should, because he’s heard the term his whole life and doesn’t think twice about it. And this bright and shining city that he loves so much is the center of an empire that has almost pushed its frontiers to the coasts… an empire that was built on the points of thousands of spears.

That’s why this is my favorite bit in this trilogy: in a story designed to be an exciting, page-turning adventure, this is the first substantial hint that there’s more going on underneath. This is the moment when the point of view characters fall out of their privileged place in society (which didn’t even feel privileged to them) and begin to see their society from other perspectives.

It also creates a framework for readers to view other characters. There’s more than one invasion in this trilogy, and more than one type of invasion.

Which I realize many readers won’t notice or care about amidst the monsters, chase scenes, fights, etc. And that’s fine. I’m sure some readers thought that line was misstep on my part, that the jarring effect it had was a mistake. That’s okay, too. But still, that one line of dialog is My Favorite Bit because, for me, it’s where things start to get interesting.

Harry Connolly’s debut novel, Child Of Fire, was named to Publishers Weekly’s Best 100 Novels of 2009. For his epic fantasy series The Great Way, he turned to Kickstarter; currently, it’s the ninth-most-funded Fiction campaign ever. Book one of The Great Way, The Way Into Chaos was published in December, 2014. Book two, The Way Into Magic, was published in January, 2015. The third and final book, The Way Into Darkness, was released today. Harry lives in Seattle with his beloved wife, beloved son, and beloved library system. www.harryjconnolly.com

5 thoughts on “My Favorite Bit: Harry Connolly talks about THE GREAT WAY”