Gwendolyn Clare is joining us today with her novel Ink, Iron, and Glass. Here is the publisher’s description:

Can she write a world gone wrong?

A certain pen, a certain book, and a certain person can craft entirely new worlds through a branch of science called scriptology. Elsa comes from one such world that was written into creation by her mother―a noted scriptologist.

But when her home is attacked and her mother kidnapped, Elsa is forced to cross into the real world and use her own scriptology gifts to find her. In an alternative Victorian Italy, Elsa finds a secret society of pazzerellones―young people with a gift for mechanics, alchemy, or scriptology―and meets Leo, a gorgeous mechanist with a smart mouth and tragic past. She recruits the help of these fellow geniuses just as an assassin arrives on their doorstep.

In this thrilling debut, worlds collide as Elsa unveils a deep political conspiracy seeking to unlock the most dangerous weapon ever created―and only she can stop it. 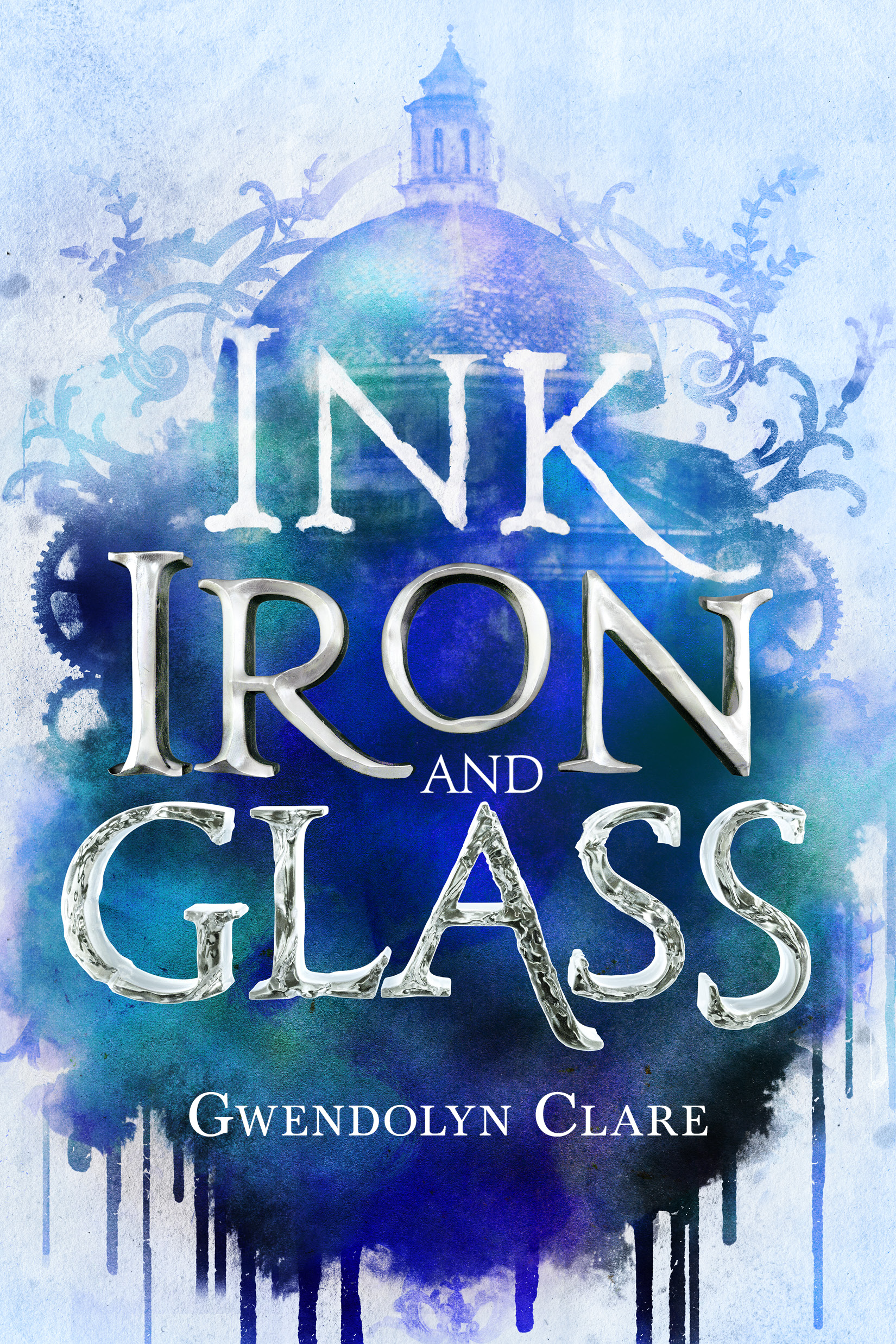 My favorite bit was breaking history.

I have an abiding love for 19th-century mad science that can probably be traced back to my teenage obsession with Shelley’s Frankenstein. So I knew my take on steampunk — Ink, Iron, and Glass — would have to put the mad scientists on center stage. But the question remained, which stage?

I was tired of London. Not that Victorian London didn’t have a lot to recommend it: industrial smog so thick it no longer mattered if the weather was overcast, the Thames functioning more as an open-air sewer than as a river, and the ramrod-straight social mores, of course. What’s not to love?

Despite these alluring features, I wanted to explore a somewhat less-well-trod setting in Ink, Iron, and Glass. Elsewhere in the world, interesting things were afoot in the latter half of the 1800’s. While the British were still basking comfortably in the tail-end of their imperial era, the Continent was already struggling to redefine itself politically and socially. Italy, trapped between France and the Austrian Empire, was literally in pieces. Cultural identity was still deeply tied to the old city-states of the Renaissance, and the idea of a unifying Italian identity was nothing but a philosophical concept.

Enter Giuseppe Garibaldi. A general for the King of Sardinia, Garibaldi combined battle prowess and tactical knowledge with a passion for the idea of a unified Italy. He personally conducted key military operations during the period of Italian unification, and is best known for taking Sicily in 1860 with an eclectic army composed of local rebels and his own troops combined. Effectively, Garibaldi served as a revolutionary, even though he was technically an outside invader. To this day he’s considered a forefather of the country.

Here was one of those curious places in history where the actions of a single man changed the future for millions. So, naturally, Garibaldi had to go. I set fire to his tall ships in 1860 with Archimedes mirrors, putting a halt to the Italian Resurgence before it ever really began. Ink, Iron, and Glass takes place thirty years later, in a divided Italy that still yearns for freedom.

My protagonist, Elsa, is a young genius from a foreign land, stranded in Europe and seeking refuge with the mad scientists of Pisa. To protect the integrity of their work, the mad scientists’ society has one rule: you never get involved in politics. But Elsa’s mother is missing, and as she investigates her mother’s abduction, the signs point to a political motivation. Certain revolutionaries are still determined to unify the Italian states — at any cost.

Scientists can’t get involved. Or can they?

Ink, Iron, and Glass is an exploration of what happens to history when you add a bit of mad science.

Gwendolyn Clare teaches college biology in central Pennsylvania, where she lives with too many cats and never enough books. Her short stories can be found in Fantasy & Science Fiction, Asimov’s, Analog, Clarkesworld, and Beneath Ceaseless Skies. Ink, Iron, and Glass is her debut novel.