Christopher Husberg is joining us today with his novel Duskfall. Here’s the publisher’s description:

Pulled from a frozen sea, pierced by arrows and close to death, Knot has no memory of who he was. But his dreams are dark, filled with violence and unknown faces. Winter, a tiellan woman whose people have long been oppressed by humans, is married to and abandoned by Knot on the same day. In her search for him, she will discover her control of magic, but risk losing herself utterly. And Cinzia, priestess and true believer, returns home to discover her family at the heart of a heretical rebellion. A rebellion that only the Inquisition can crush…

Their fates and those of others will intertwine, in a land where magic and daemons are believed dead, but dark forces still vie for power. 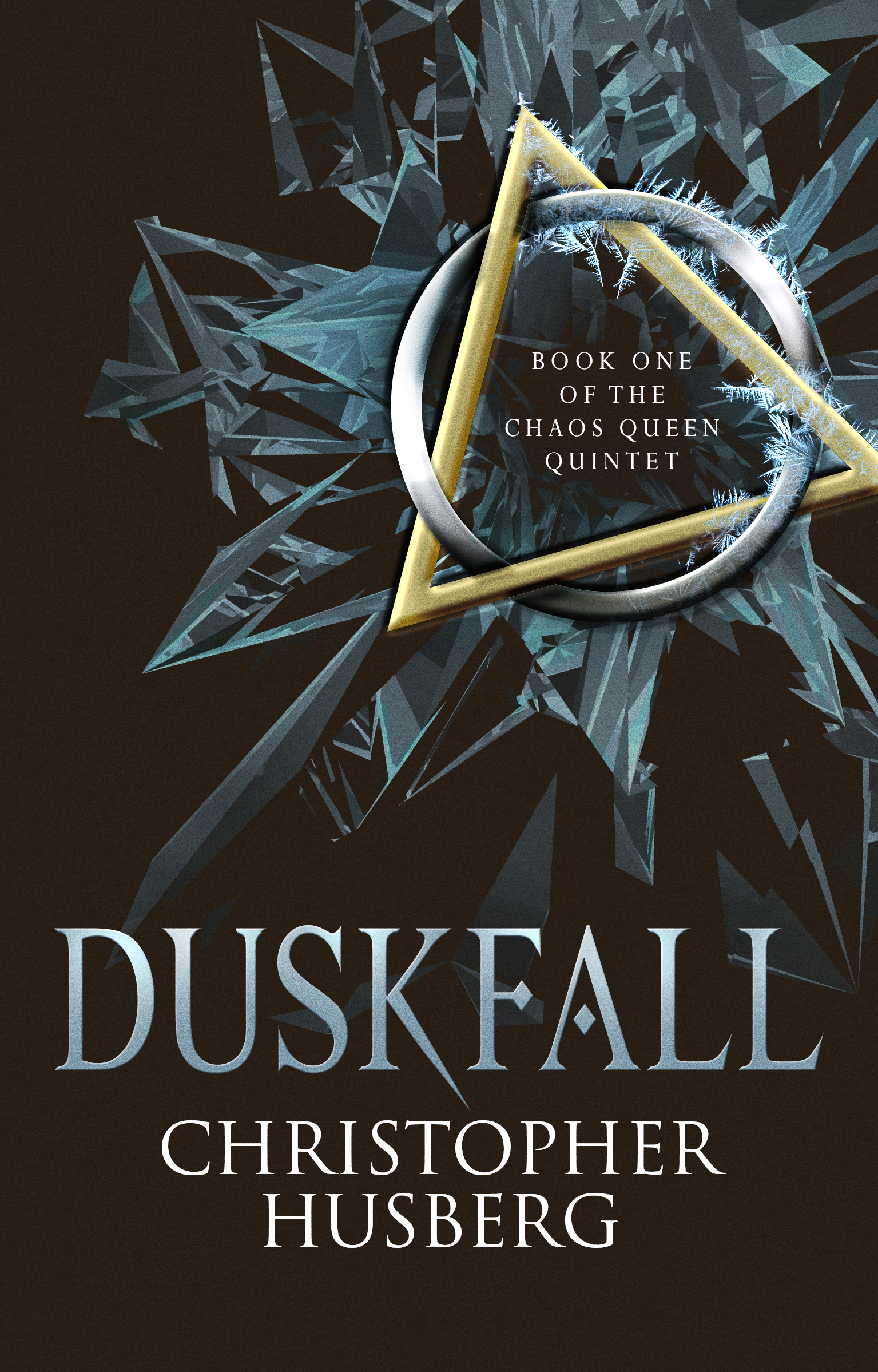 It’s a both an exciting and somewhat terrifying thing when a side character comes out of nowhere and threatens to take over your novel. When that happens to me, I generally see myself having a few options: (1) remove the character entirely and refocus on the central characters, (2) let the character’s magnetism do its thing and see where she takes the novel, or (3) seek a balance in the hopes of keeping the awesomeness that drew me to the side character in the first place while still maintaining the integrity and structure of the story. I think that last option is the hardest one, but one of my favorite characters (and favorite bits of Duskfall in general)—Astrid—developed from my attempt to achieve that balance.

Astrid is a 300-year-old vampire in the body of a nine-year-old girl, and she is awesome. She’s sarcastic, she’s horrifyingly fun in a fight, and from her first appearance in the novel her deep, complicated backstory bled onto the page, gushing to be told. I was tempted to just keep writing about her and see where she took me, but as much as part of me wanted to do that, I knew it wasn’t the right decision for the story. It would’ve created a very different novel from the one I was trying to write with Duskfall, and while Astrid came in as a fresh, exciting character, I was still very attached to and invested in the stories of Winter, Knot, and Cinzia (the three central characters of the novel).

But I really didn’t want to remove her from the story, either. Astrid had a role to play, and I wanted her, and no one else, to play it—and I’m glad I let her! Now that Duskfall is a finished product, I can’t imagine the story without her.

So why do I like Astrid so much? I think her status as a child vampire was the source of a lot of her initial appeal. The child-vampire trope isn’t a new thing, of course; Anne Rice did it brilliantly with Claudia, but I think my favorite iteration is Eli from John Ajvide Lindqvist’s Let The Right One In. A child with access to immortality and all of the horrifying traits of a classic vampire—while still retaining a childlike disposition and sense of wonder as much as possible—was too interesting an idea to pass up. Astrid is physically a child, but she never quite develops into a normal adult mentally, either. Her views of what we might term “adult” concepts—sex and romantic love, among others—has a sarcastic overtone that masks her confusion, jealousy, and general cluelessness about those topics.

She was a breath of fresh air, too, mainly through that sarcasm and her sense of humor. The other main characters, especially in the first draft, were pretty serious. And rightly so; they had some pretty serious things going on, after all. But from her first appearance on the page, Astrid was immediately sarcastic, embracing a childishly sardonic view of the world. After hundreds of years of living in it, she had to start finding the humor in things!

And, of course, I love her fight scenes. It was so fun to write Astrid’s fight scenes. Having a nine-year-old go to town on a dozen or so warriors twice her size was a blast. I took influence from Hit-Girl’s scenes in Kick-Ass, as well as the film version of Let the Right One In. And while Tomorrowland came out after I’d written the first few drafts of Duskfall, I loved Athena’s fight scenes too because they reminded me very much of Astrid’s.

But sarcasm, humor, and her propensity towards violence aside, what drew me most to Astrid’s character was what draws me to any character—sympathy, and a strong back story. Astrid’s back-story (which I unfortunately can’t talk much about here as it’s still being revealed in the books) was one of those things that seemed to sort of write itself—and having 300 years to work with meant Astrid had a lot of room for development. I think that’s the ultimate key to Astrid’s appeal, at least to me—she was fun to read, fun to write, fun to develop, because I felt for her. For brief periods of time she became real to me, and that’s one of the best parts of being a writer, that schizophrenic state in which my characters slowly become real, where I start having conversations with them in my head. It’s delightful, and Astrid represented the epitome of that for Duskfall.

In book 2 of the Chaos Queen Quintet, which I’m currently revising, Astrid has already seized a larger role in the story, and almost more than any other character, I see her arc clearly in my mind over the remaining four books. I can’t wait to take her through all that, and to take some of you with us.

Christopher Husberg grew up in Eagle River, Alaska. He now lives in Utah, and spends his time writing, reading, hiking, and playing video games, but mostly hanging out with his wife, Rachel, and daughter, Buffy. He received an MFA in creative writing from Brigham Young University, and an honorary PhD in Buffy the Vampire Slayer from himself. Duskfall is his first novel. The next installment in the Chaos Queen Quintet, Dark Immolation, will be published by Titan Books in June 2017.