Beth Cato is joining us today with her novel The Clockwork Dagger. Here’s the publisher’s description.

Orphaned as a child, Octavia Leander was doomed to grow up on the streets until Miss Percival saved her and taught her to become a medician. Gifted with incredible powers, the young healer is about to embark on her first mission, visiting suffering cities in the far reaches of the war-scarred realm. But the airship on which she is traveling is plagued by a series of strange and disturbing occurrences, including murder, and Octavia herself is threatened.

Suddenly, she is caught up in a flurry of intrigue: the dashingly attractive steward may be one of the infamous Clockwork Daggers—the Queen’s spies and assassins—and her cabin-mate harbors disturbing secrets. But the danger is only beginning, for Octavia discovers that the deadly conspiracy aboard the airship may reach the crown itself. 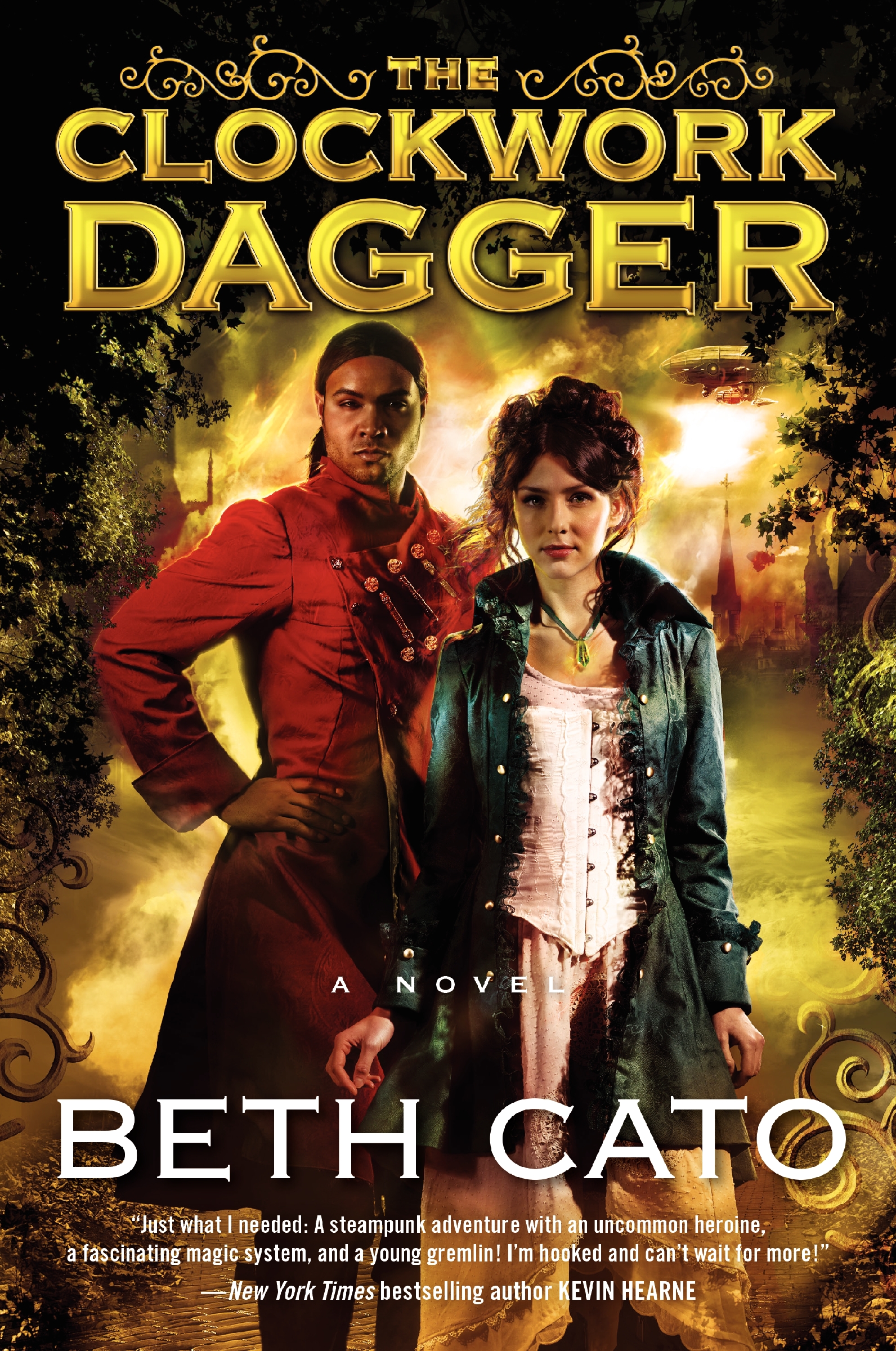 It’s hard to narrow down my favorite bit in The Clockwork Dagger. It’s my debut novel, so I’m ecstatic that the thing exists at all. I love that my protagonist is a healer, that my world tree is disgruntled, that my gremlins manage to be green, cute, and ugly all at once. However, there’s a particular small element of the book that makes me geek-out.

I have a map in the front of my book. A map I designed. From the time I was a young kid, any book with a map was immediately elevated in coolness. I spent hours studying atlases and book maps. I’m a geography nut, plain and simple.

However, including a map in my book was not something I planned from the get-go. My initial map was designed purely for my sanity as an author. A good chunk of the book takes place on board an airship. I needed to map out the distance involved and where relevant ports were so I could get my people from point A to point C and try to kill them along the way. I sketched out everything in pencil.

The Clockwork Dagger doesn’t take place on Earth, but the geography is roughly based on western Washington state. There are plenty of differences, too–like the absence of most of the North American continent–but readers who are familiar with the Seattle area will pick up on various references.

After my book and its sequel sold to Harper Voyager, I knew from reader feedback that my drawn map came in handy. I mentioned to my editor that it existed.

This was definitely one of those cases where I was asking for trouble. The reply came back: a map would be great, but it needed to be high res and look professional. Obviously, my little pencil sketch was not going to cut it!

Cue a frantic post to my friends at Codex Writers asking for advice. I ended up on a magical website called The Cartographer’s Guild. Be warned: if you love maps, you can lose yourself there for hours. I found a step-by-step guide to create a sketch style world map.

After many hours spent snarling at Photoshop, I had a map. That map passed muster at Voyager, too. You’ll find it right at the front of the book where it faces the title page. It’s like all those other book maps I admired over the years but this time it’s my world, with my name on the opposing page. How cool is that?

Beth Cato hails from Hanford, California, but currently writes and bakes cookies in a lair west of Phoenix, Arizona. She shares the household with a hockey-loving husband, a number-obsessed son, and a cat the size of a canned ham.

Beth’s short fiction can be found in Orson Scott Card’s InterGalactic Medicine Show, Beneath Ceaseless Skies, and many other magazines. The Clockwork Dagger is her first novel. The sequel, The Clockwork Crown, will be released in 2015.

2 thoughts on “My Favorite Bit: Beth Cato talks about THE CLOCKWORK DAGGER”