So, the Jane Austen Centre in Bath, has unveiled a forensic recreation of Jane Austen. 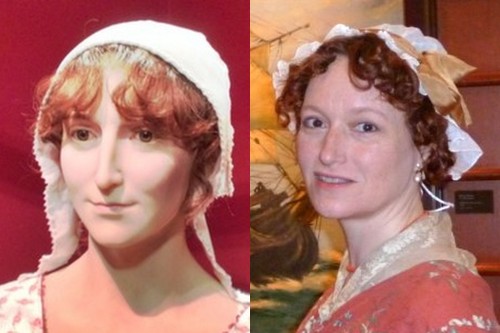 Allow me to tell you a story, that is purely fiction.

Jane Austen was very ill in 1817 and her family called for the Doctor. Though this good gentlemen did his best, there was nothing that could be done for her in that time. In another, later time, it could be imagined that much might be done to aid her.

If such a thing occurred, gentle reader, and the authoress were taken into a box of cobalt blue, thence to find herself in another era, how would she thank the man who saved her life? Perhaps, if you choose to entertain such thoughts, by writing him into a story– into every story, in the hopes that he would see and understand how deeply grateful she was.

It is is a pretty fiction, is it not?

13 thoughts on “To answer your questions– I am not a Time Lord.”