Sean Williams is joining us today with his novel, Twinmaker. Here’s the publisher’s description.

When a coded note promises improvement—the chance to change your body any way you want, making it stronger, taller, more beautiful—Clair thinks it’s too good to be true, but her best friend, Libby, falls into a deadly trap.

With the help of the school freak and a mysterious stranger, Clair races against the clock and around the world to save Libby, even as every step draws her deeper into a deadly world of cover-ups and conspiracies.

Action and danger fuel this near-future tale of technology, identity, and the lengths one girl will go to save her best friend. 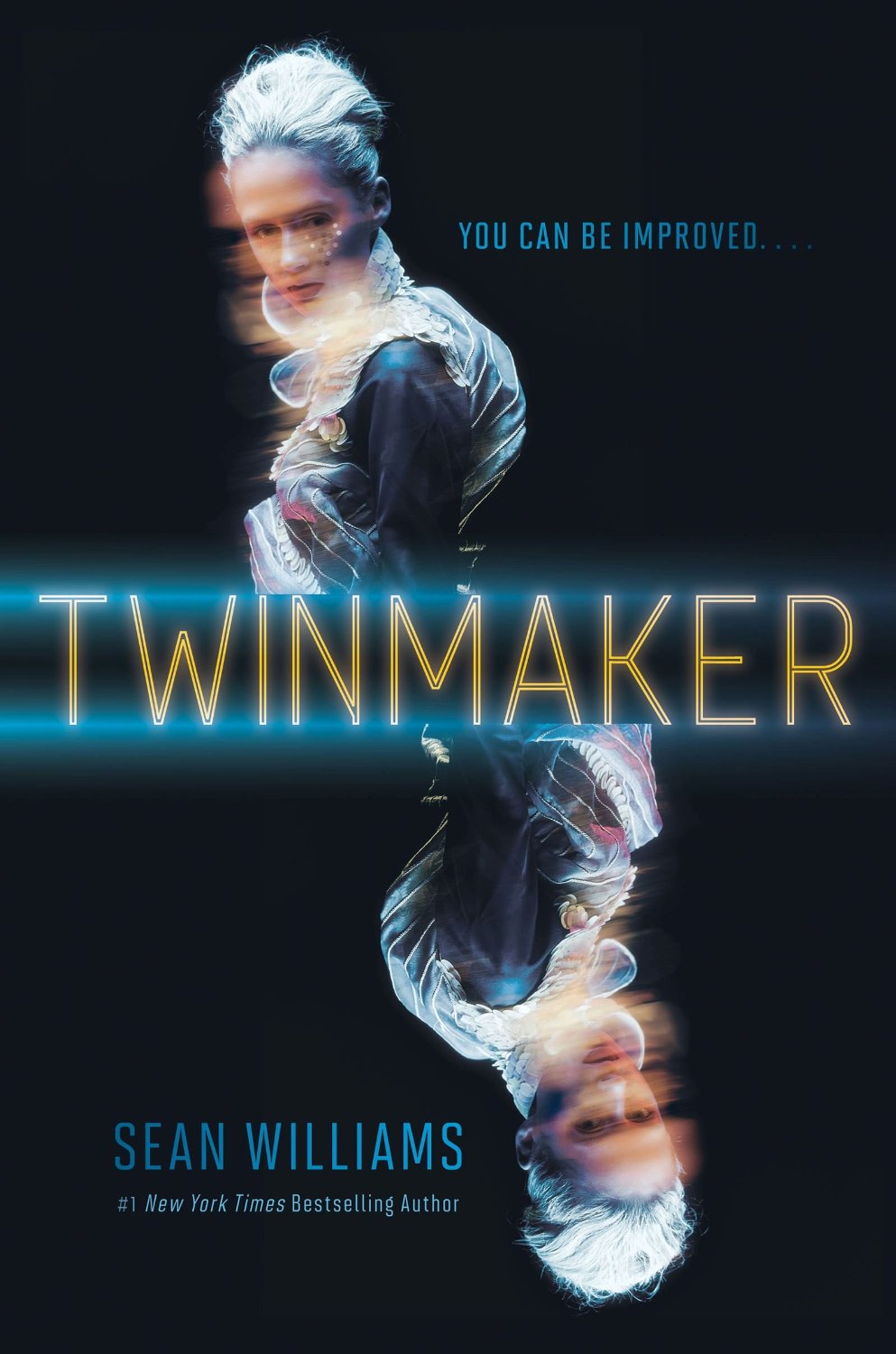 My favourite thing about Twinmaker is buried down deep in the works. I know it’s there, but it’s not something I want readers to be conscious of, except when I do. It’s almost embarrassing to admit to, like an unsavoury habit one should keep entirely private, for everyone’s benefit, not just one’s own. It’s something all too easy to rail against in other writer, if it’s ineptly done, which is one reason to keep quiet about it. I’m talking about quoting and referencing the work of others.

All writers do it, to greater or lesser degrees. It’s not even the first time I’ve done it. My Astropolis series contains a character who speaks entirely in the lyrics of electropop Eighties pioneer Gary Numan. Elsewhere I’ve remixed Charles Darwin’s masterwork On the Origin of Species, chapter by chapter, as a series of short poems charting the evolution of the haiku form. My early books employ epigraphs like punctuation. This time, though, I had a reason.

Twinmaker is set in a world transformed by matter transmitters, which I call d-mat. D-mat revolutionised transport, as promised, and also saved the world by getting rid of excess carbon dioxide, feeding the billions, overturning the capitalist economic system as we understand it, etc. But it’s not all fun and games. Any technology capable of taking a person apart and putting them back together is inevitably going to be exploited. Society responds by enacting laws, creating regulatory bodies, and enabling enforcers. People being people, someone will always find a way around all that.

The plot engine is called Improvement. It’s a meme that tells you that if you write down a series of code words along with a description of how you’d like to be changed–bigger, prettier, smarter, stronger, whatever–and that if you carry that note through d-mat a few times, something or someone in the system will notice your wish and gradually make you the way you want to be. Would you be tempted? I would be, even as an adult. As an insecure teenage I would’ve jumped at the possibility. There’s nothing to lose, right?

Of course there is a lot to lose. You won’t be surprised to know that Twinmaker takes up the body-horror baton and runs with it, not into full-on The Fly territory (this being a YA novel, after all) but definitely tapping into the same vein. Because this is an old old old vein, one of the oldest in SF (first tapped in 1877) with plenty of blood still flowing through it. Mutation never gets tired.

So on the surface there’s action and drama. Underneath is where I got to play.

Having just spent four years researching the trope of the matter transmitter for my PhD, I’ve really been digging deep into the literature in search of twists I hadn’t seen before, riffs on old ideas, new riffs on riffs that seemed new twenty years earlier, and so on. One that popped up every now and again was employing garbled speech to flag the possibility of being physically garbled in transmission. John Brunner does it in several works, misspelling names and truncating words when his devices are activated (see “You Take the High Road” and Web of Everywhere). The aliens in James Patrick Kelly’s “Think Like a Dinosaur” speak in a weird mistranslation of English. Lan Wright’s “Transmat” features dialogue like “I’m leaving no turn unst—I mean, no stone unturned”. And so on and so forth.

I decided to do something similar in my own book, putting this old idea through a metaphorical matter transmitter and twisting it into a subtly new shape, using quotes and misquotes to get the message across instead of names or whatever. I have a character who lives in a future version of the Cloud, with access to every available piece of literature, so it seemed a logical place to start.

Scholars of Keats will probably know the originals I’m misquoting, as will those of George W. Russell and Dostoevsky. There are many more (listed here) and there are more to come as the series progresses. Some are well-known; some are playfully obscure (Theodore Sturgeon gets a mention). Where I’ve had particular fun is with characters misquoting themselves or the people around them, sometimes to no effect at all, sometimes leading to misunderstandings that could easily have been avoided if people had eidetic memories–which is as unreasonable as expecting any technology to be one hundred percent perfect one hundred percent of the time. You could say that communication via speech thus became a metaphorical echo for transport via d-mat and . . .

. . . and if that all sounds very, very dry to you, that’s okay with me. I agree with you. I only do this kind of thing if it doesn’t get in the way of the story. Writing starts as an indulgent act and becomes a vocation that must be nurtured with great earnestness, but always, somewhere in the process, there must remain an indulgence or else the soul dies. As Elizabeth Taylor said (or did she?): “The problem with people who have no vices is that you can be pretty sure they’re going to have some annoying virtues.” This was my favorite bit of writing Twinmaker, the bit that belongs entirely to me.

#1 New York Times bestselling Sean Williams lives with his family in Adelaide, South Australia, just up the road from a chocolate factory. He’s written some books–thirty-nine at last count–including the Philip K. Dick-nominated Saturn Returns, several Star Wars novels and the Troubletwister series with Garth Nix. Twinmaker is the first in a new YA SF series that takes his love affair with the matter transmitter to a whole new level. You can find a trio of related short stories over at Lightspeed.