Micah Dean Hicks is joining us today to talk about his novel Break the Bodies, Haunt the Bones. Here’s the publisher’s description:

Swine Hill was full of the dead. Their ghosts were thickest near the abandoned downtown, where so many of the town’s hopes had died generation by generation. They lingered in the places that mattered to them, and people avoided those streets, locked those doors, stopped going into those rooms . . . They could hurt you. Worse, they could change you.

Jane is haunted. Since she was a child, she has carried a ghost girl that feeds on the secrets and fears of everyone around her, whispering to Jane what they are thinking and feeling, even when she doesn’t want to know. Henry, Jane’s brother, is ridden by a genius ghost that forces him to build strange and dangerous machines. Their mother is possessed by a lonely spirit that burns anyone she touches. In Swine Hill, a place of defeat and depletion, there are more dead than living.

When new arrivals begin scoring precious jobs at the last factory in town, both the living and the dead are furious. This insult on the end of a long economic decline sparks a conflagration. Buffeted by rage on all sides, Jane must find a way to save her haunted family and escape the town before it kills them. 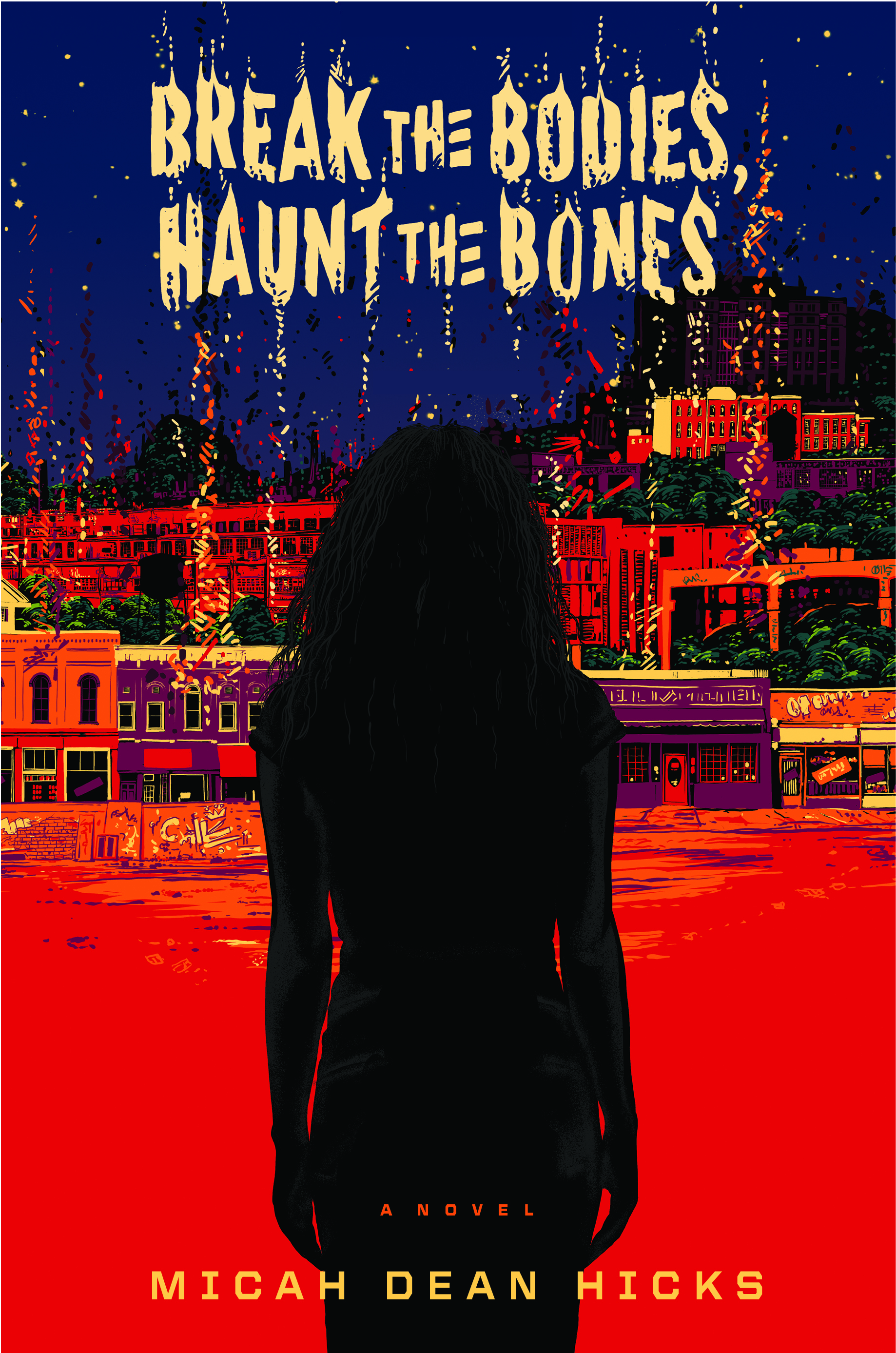 I love a story with a robot. And I’m not talking about slick, more-human-than-human androids with synthetic skin. Give me FLCL’s TV-headed robot doing dishes, hanging up laundry, and playing baseball. Give me The Iron Giant bending down to scoop up a boy in a rivet-studded hand the size of a car, or Will Robinson’s dangerous machine. Give me Goro Fujita’s box-shaped, down on its luck, guitar-playing robot singing in the rain, or even the fretful and mistreated droids of Star Wars.

These robots are conspicuously machines. They stick out in a crowd, hiding under cardboard boxes or umbrellas. They seem a little embarrassed to have ended up here. They’re doing their best.

I love this trope for its contradictions. The robot might look like it’s made of junk, but its clumsy body houses intelligence and vulnerability, a ghost in the machine. With arms that can rip through steel doors, the robot softly catches a ball. With an unyielding metal chest, the robot pulls someone into an embrace. Built for violence, it will inevitably sacrifice itself to defend those it loves.

In my novel, Henry builds a robot to help around the house, but the gnawing swarms of ghosts that fill the town play havoc with the machine, changing it in ways Henry never expected:

The robot dressed itself in his father’s old clothes—something Henry was certain he hadn’t programmed it to do. Its work boots and jeans were stiff with mud. Bright stars of rust and bleeding tracks of white battery corrosion dotted its limbs and chassis. It moved erratically, slamming down plates and dropping silverware, movements jerky from spirits that had taken up residence in its servomotors. His ghost had driven Henry to build it after his father left, when Henry worried that someone needed to take care of his mother.

Henry’s robot suffers, and as it suffers it becomes more human-like. It feels jealous, unappreciated, neglected. It falls in love and isn’t loved back. It experiences heartbreak. Begrudgingly, it defends Henry and his family when they need it most.

Robots in fiction are a great way to explore our own humanity. They ask us to wrestle with our responsibility for the things we have made and set loose on the world. They force us to consider what it means to have power and hold back, to care about someone we can’t fully know, to love another on their own terms.

MICAH DEAN HICKS is the author of the story collection Electricity and Other Dreams—a book of dark fairy tales and bizarre fables that won the 2012 New American Fiction Prize. He is also the winner of the 2014 Calvino Prize judged by Robert Coover, the 2016 Arts and Letters Prize judged by Kate Christensen, and the 2015 Wabash Prize judged by Kelly Link. His stories and essays have appeared in dozens of magazines ranging from The New York Times to Lightspeed to The Kenyon Review. Hicks teaches creative writing at the University of Central Florida in Orlando.