Jack Skillingstead is joining us today with his novel The Chaos Function. Here’s the publisher’s description:

Olivia Nikitas, a hardened journalist whose specialty is war zones, has been reporting from the front lines of the civil war in Aleppo, Syria. When Brian, an aid worker she reluctantly fell in love with, dies while following her into danger, she’ll do anything to bring him back. In a makeshift death chamber beneath an ancient, sacred site, a strange technology is revealed to Olivia: the power to remake the future by changing the past.

Following her heart and not her head, Olivia brings Brian back, accidentally shifting the world to the brink of nuclear and biological disaster. Now she must stay steps ahead of the guardians of this technology, who will kill her to reclaim it, in order to save not just herself and her love, but the whole world. 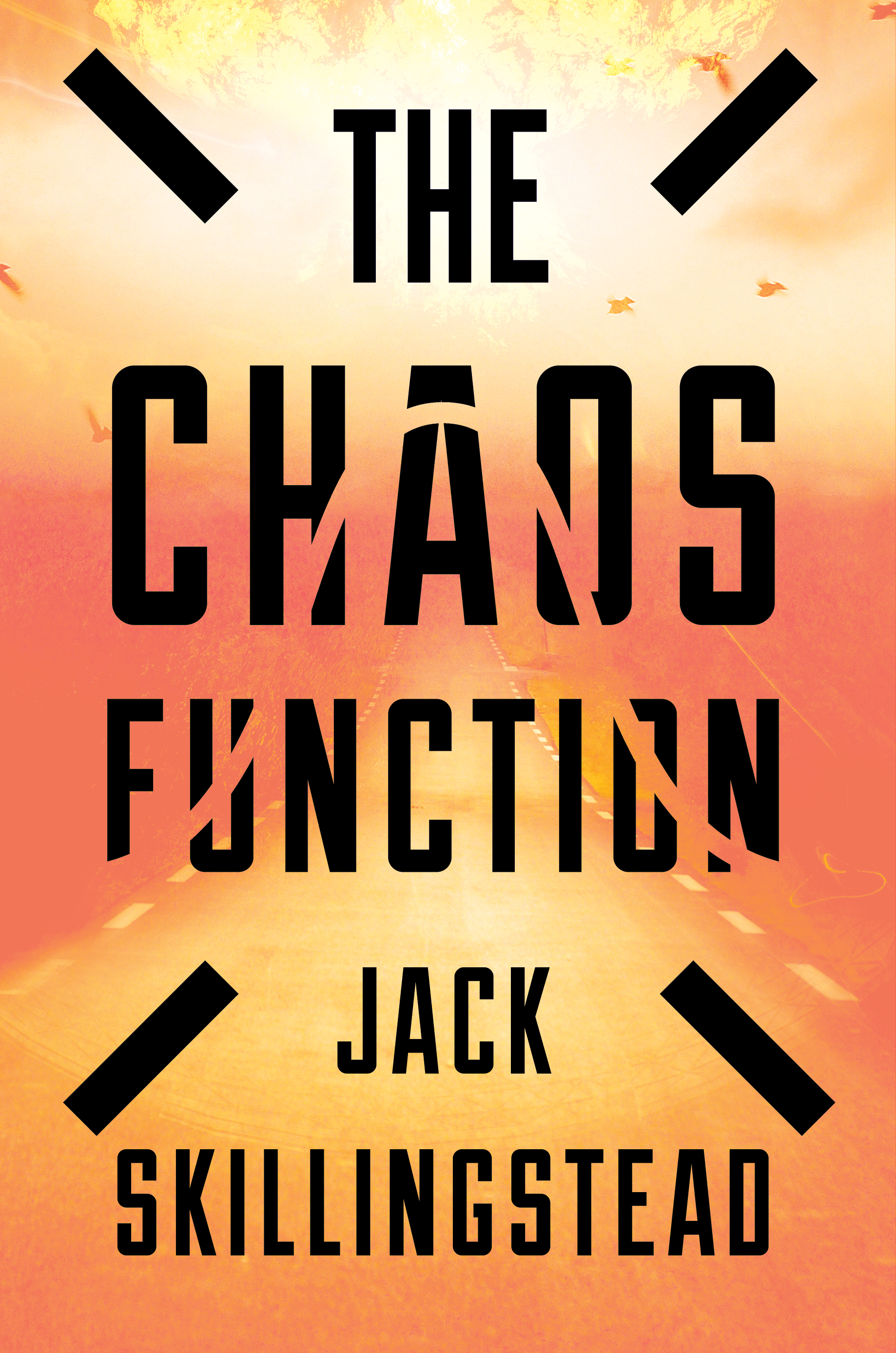 I’m not a fan of intentional literary symbolism, but if I stumble over some juicy examples in my own work I might (or might not) play with them. Usually I don’t. These kinds of games are fun for writers, but readers tend to ignore them. That’s cool. Anything that distracts from Story counts as a misstep in the design. So, for me, the rules for symbols are that they should be unobtrusive and accidental. Once the accident happens, it’s okay to tweak it, if the desire moves you.

Everybody’s heard of this, right? It’s a Hollywood thing. Your character is rough around the edges, so you show her being nice to an innocent creature in trouble. Voila! Your character has a soft heart, even if she keeps it hidden behind a granite exterior. My protagonist in The Chaos Function, war reporter Olivia Nikitas, saves a cat in the first scene. However, it’s not really a Hollywood style save-the-cat moment, because we’ve just been introduced to Olivia, and there’s nothing about her yet that needs softening or redeeming. Also, Olivia is only saving the cat because she is trying to save a little girl who has put herself in a dangerous position as a consequence of her efforts to save the cat. If anything, Olivia is cranky about the cat. I like the scene because it riffs on save-the-cat without really being save-the-cat.

Cat Number Two turns up at almost exactly the midway point of the novel. Actually it’s the same cat, only slipped into a dream of blood and chaos. In this novel, sometimes, dreams are more significant than simple mind movies. When I wrote this brief dream sequence, all I wanted to do was call back to a few images from earlier in the book and place those images in a different context. I didn’t give it a lot of extra thought. Intuitively it seemed right, so I went with it.

Cat Number Three makes her appearance at the very end of The Chaos Function. This time the little beastie is lounging on the back of a sofa in the window of a house in Jaipur. You could say the house represents Home with a capital H, which is what Olivia has spent much of her life both avoiding and longing for. I won’t tell you whether Olivia is actually in the scene—that would spoil the journey.

Cat Number One explores the wreckage of a world barely entering reconstruction after years of war. The same can be said of Olivia.

Cat Number Two slops around in a dream chamber of blood and chaos, which is what the world has become as a result of Olivia’s trying to restore the timeline she has unintentionally warped.

Cat Number Three, finally, appears when the world, to the extent that it can be, is restored.

I didn’t plan this sequence of feline appearances representing the state of Olivia’s interior world—at least, I didn’t plan them consciously. But in the rewrite I noticed them, and they delighted me. If you write enough fiction you develop an instinct for recognizing lucky coincidences. What you do with those coincidences is up to you.

By the way, why cats? I’ll tell you. There is a significant cat I haven’t yet mentioned: Schrodinger’s Cat. This is a novel of about the power to choose different superpositional end points. My theory is that the unconscious does a significant amount of writing. While I’ve spent weeks, months, or years thinking about and then typing a novel, I’ve also been feeding my unconscious collaborator, and it’s the collaborator who comes up with some of the best stuff. Images, character detail, it’s even pretty good at untying plot knots. And sometimes it gets cute and provides a few cats to act as narrative and thematic sign posts. So my Three Cats of the Apocalypse(s) are my favorite bit. Today, anyway.

Jack Skillingstead’s Harbinger was nominated for a Locus Award for best first novel. His second, Life on the Preservation, was a finalist for the Philip K. Dick Award. He has published more than forty short stories to critical acclaim and was short‑listed for the Theodore Sturgeon Memorial Award. His writing has been translated internationally. He lives in Seattle with his wife, writer Nancy Kress.