David Nabhan is joining us today with his novel The Pilots of Borealis. Here’s the publisher’s description:

Top Gun heads to outer space in this throwback to the classic science fiction of Asimov, Clarke, and Heinlein.

Strapped in to artificial wings spanning twenty-five feet across, your arms push a tenth of your body weight with each pump as you propel yourself at frightening speeds through the air. Inside a pressurized dome on the Moon, subject to one-sixth Earth’s gravity, there are swarms of chiseled, fearless, superbly trained flyers all around you, jostling for air space like peregrine falcons racing for the prize. This was the sport of piloting, and after Helium-3, piloting was one of the first things that entered anyone’s mind when Borealis was mentioned.

It was Helium-3 that powered humanity’s far-flung civilization expansion, feeding fusion reactors from the Alliances on Earth to the Terran Ring, Mars, the Jovian colonies, and all the way out to distant Titan. The supply, taken from the surface of the Moon, had once seemed endless. But that was long ago. Borealis, the glittering, fabulously rich city stretched out across the lunar North Pole, had amassed centuries of unimaginable wealth harvesting it, and as such was the first to realize that its supplies were running out.

The distant memories of the horrific planetwide devastation spawned by the petroleum wars were not enough to quell the rising energy and political crises. A new war to rival no other appeared imminent, but the solar system’s competing powers would discover something more powerful than Helium-3: the indomitable spirit of an Earth-born, war-weary mercenary and pilot extraordinaire. 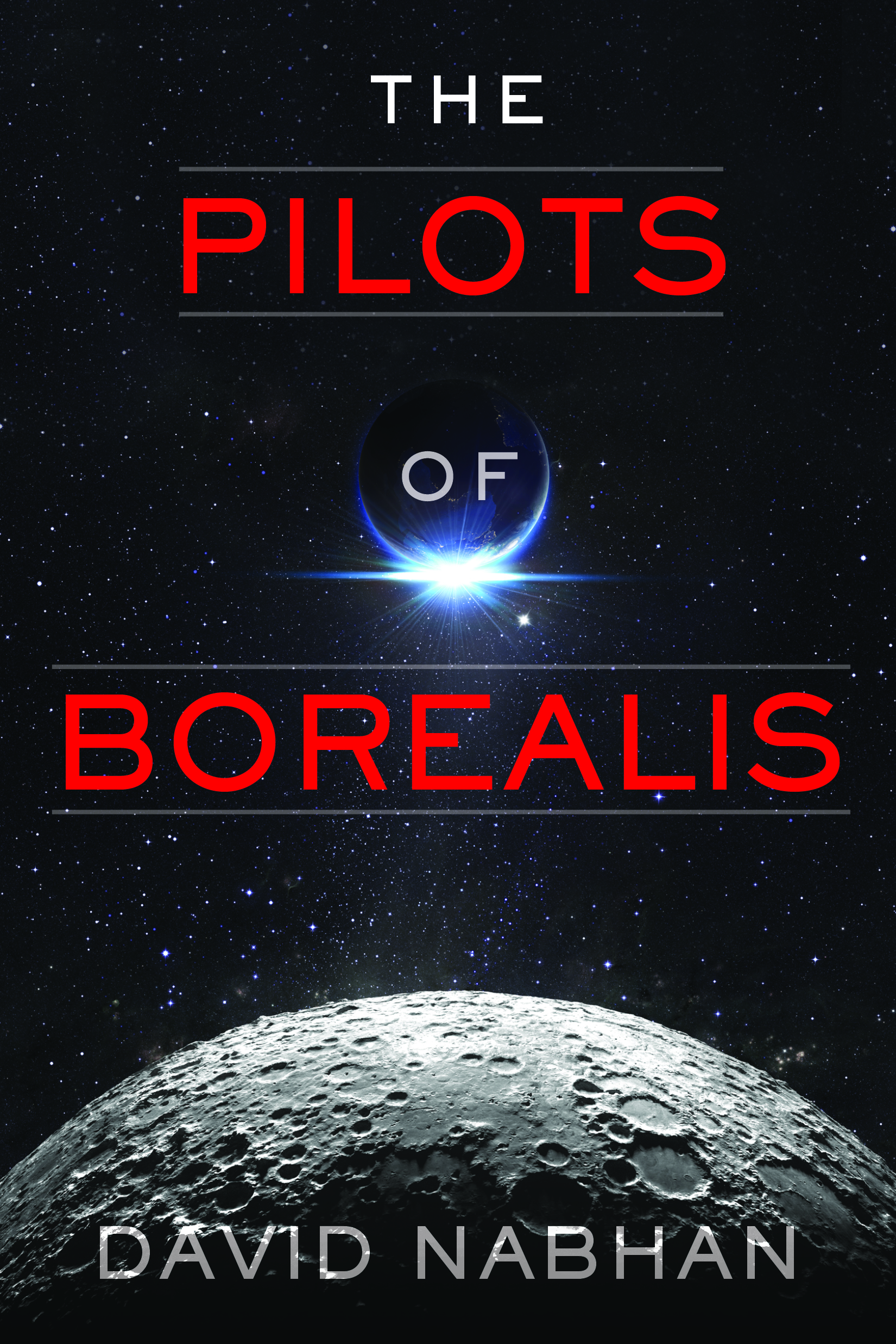 It’s difficult to single out a favored theme, topic or scene from The Pilots of Borealis. Borealis, built astride the lunar North Pole, is the richest, most extravagant city in existence. It’s grown powerful and arrogant after centuries of harvesting the helium-3 infused into the lunar surface and shipped to every port-of-call in Creation. Helium-3 feeds the fusion reactors that power humanity’s vast and complex society. It’s a city created to explore the limits of what the human eye might find too spectacular for comfort and endurance, and then exponentially exceeded. Such a paradise requires angels, and Borealis has the most chiseled, dangerous, superbly-trained, fearless seraphim in the Solar System: her pilots.

Piloting can only be found and accomplished on the Moon under Borealis’ dome, the gentle gravity and titanium-hard physiques and regimen of the athletes combining to bring one of mankind’s oldest dreams to fruition—winged, muscle-powered flight. They are a breed unto themselves, even among the quarter trillion human beings strung throughout civilization’s far-flung domain, spanning the distance all the way out to lonely Titan at the edge of humanity’s grasp.

But even Borealis and piloting—and the impending do-or-die struggle among the great powers, now that the supply of helium-3 is finally running out—can’t hold center stage for long. It is the characters that inhabit Borealis, the Terran Ring, and the roiling Alliances on Earth that hold sway in this story.

Yet, none of them rise above my favorite bit in Pilots of Borealis: Clinton Rittener.

A reviewer is as conflicted with him as I’d hoped. “I’ll not call him a hero, because nothing could be further from the truth,” she says, referring to Clinton’s stint as the most celebrated—and ruthless—mercenary of the age, a condotierro whose forces cut a swath of death and destruction across Asia not seen since the days of Tamerlane. At the same time though she “enjoyed . . . Clinton,” and wanted to know more about him. Clinton Rittener will grab the reader, sink in some very sharp teeth, and shake like a tiger. He will not, in the end, come to be understood; his character is meant to leave one asking questions.

This scarred, battle-hardened protagonist is indeed part monster, but to his credit, not one of his own making. Clinton started out as something else, like all of us, yet with unexpected and unavoidable forays into various purgatories, surrounded by the denizens of those cruel precincts, was turned into something he never intended to be. His saving grace is a simple one: through everything, he never forgets who the man inside him used to be. So the reader, I hope, will wind up rooting for Clinton Rittener, bizarrely cheering for someone with more blood on his hands than just the average warlord.

But that’s not how Clinton Rittener would want to be seen, as a former yuan shuai, high marshal, of the coalition of Jiangsu, Shanxi and Fujian during the Great Eastern War. Nor would he point to his intelligence work in the Underground on Mars. He wouldn’t regale his exploits in the Outer Solar System, cruising over volcanic rings the size of Germany exploding on the Jovian moon Io, or about traversing frozen methane floes drifting in Titan’s hydrocarbon seas.

Clinton Rittener would introduce himself, and will to the reader, in the only way he fully and truly sees himself: as a pilot.

David Nabhan was a certificated bilingual public school teacher for nineteen years in South Central Los Angeles. Nabhan is now retired from teaching and has relocated to the Northeast, where he travels, writes, and tutors Spanish.