David Mack is joining us today to talk about his novel The Iron Codex. Here is the publisher’s description:

1954: Cade Martin, hero of the Midnight Front during the war, has been going rogue without warning or explanation, and his mysterious absences are making his MI-6 handlers suspicious. In the United States, Briet Segfrunsdóttir serves as the master karcist of the Pentagon’s top-secret magickal warfare program. And in South America, Anja Kernova hunts fugitive Nazi sorcerers with the help of a powerful magickal tome known as the Iron Codex.

In an ever-more dangerous world, a chance encounter sparks an international race to find Anja and steal the Iron Codex. The Vatican, Russians, Jewish Kabbalists, and shadowy players working all angles covet the Codex for the power it promises whoever wields it.

As the dominos start to fall, and one betrayal follows another, Anja goes on the run, hunted by friend and foe alike. The showdown brings our heroes to Bikini Atoll in March 1954: the Castle Bravo nuclear test.

But unknown to all of them, a secret magick cabal schemes to turn America and its western allies toward fascism—even if it takes decades… 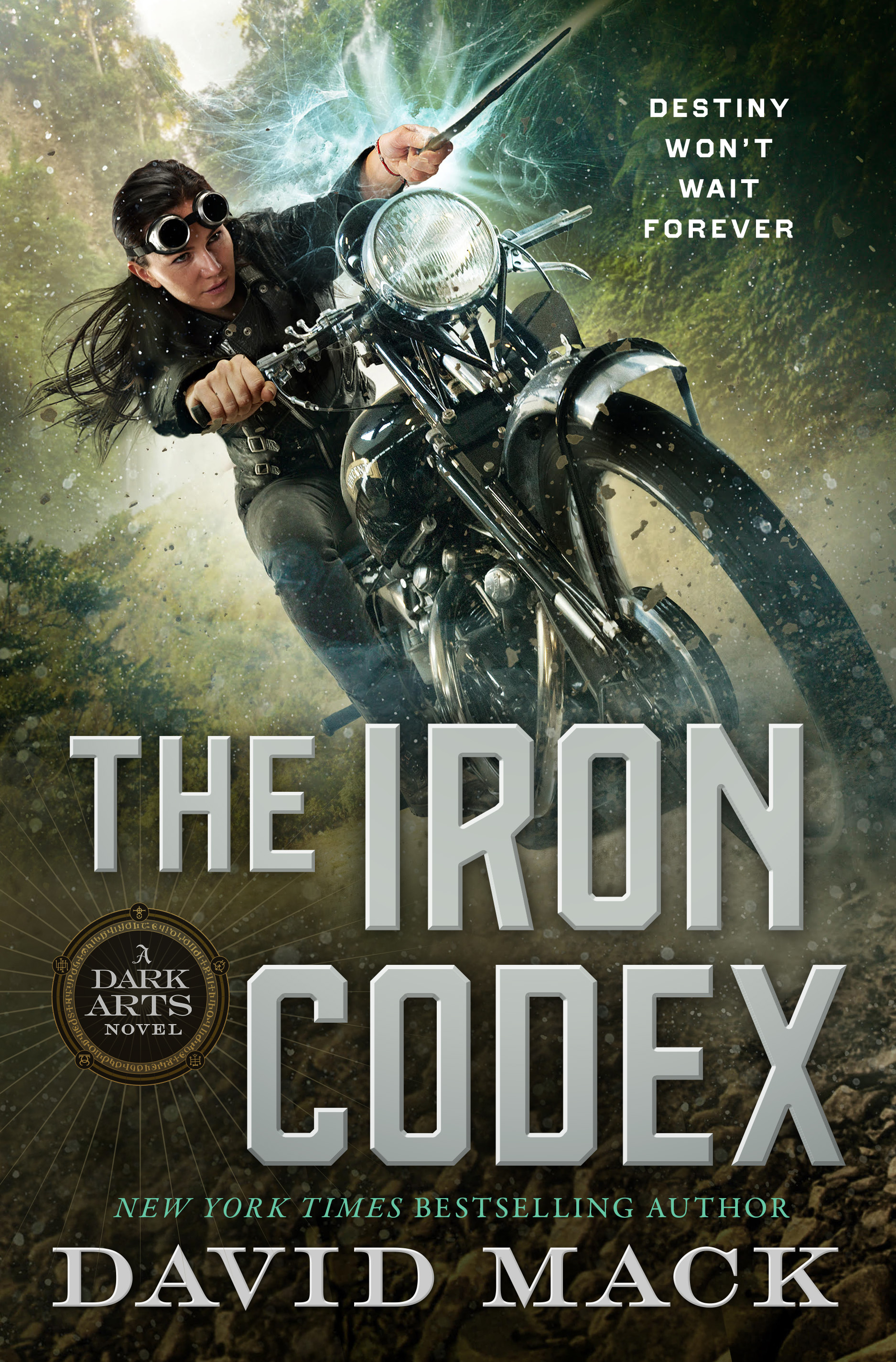 In the Dark Arts series’ first book, The Midnight Front, sorceress Briet Segfrunsdóttir was one of the bad guys until she realized that her master Kein had gone insane. At that point she deserted him and fled with her faithful rat familiar, Trixim.

Briet was found after World War II by Operation: Paperclip, a CIA initiative that recruited ex-Nazi scientists (and, in my book, ex-Nazi mages) to work for the United States’ defense and space programs. Briet was placed in charge of the U.S. Occult Defense Program, a role that earned her the suspicion of the first book’s main character, Cade Martin.

In book two, The Iron Codex, set nearly a decade later in 1954, Cade and Briet are forced to work together to halt a global threat that fuses black magick and nuclear science. After a brutal ambush critically wounds Cade’s best friend Miles and kills Briet’s beloved familiar Trixim, Cade and the grieving Briet go on the run and take refuge together in a deserted barn:

Briet had spent their shared drive asleep. Cade had seen no point to waking her. Once they were sheltered inside the barn, he’d set himself to work. He had compelled Seir, his demon of burden, to move the anvil closer to the car. Then he’d employed the fires of Xaphan to imbue the hunk of iron with Infernal heat, enough to keep him and Briet warm for most of the day. The rest of his labors he had seen to himself: using scrap wood, stones, and packed dirt to patch gaps in the walls, and bundles of straw to fill as many holes in the roof as he could reach.

Now if only we had brought something decent to eat, he lamented.

He heard Briet stir inside the car. She sat up in the backseat, pushing aside the extra layer of his bomber jacket, which he had placed over her the night before. She blinked and looked around, bleary-eyed and drowsy. “Where are we?”

She turned frantically to and fro, searching the car. “Trixim—?”

“He’s out back,” Cade said, wreathing himself in a short-lived halo of breath.

Briet clambered out of the car and rushed to Cade’s side, incensed. “You buried him?”

“Of course not. It’s ten below zero and there’s three feet of snow on the ground.” He stood and walked around Briet to the open car door. He reached in and pulled out their coats. He handed Briet her trench coat, and then he shrugged into his bomber jacket.

He led her to the barn’s back door, which hung at an angle from its rusted but still working hinges. It scraped and squeaked as the pair walked outside, down a path that Cade had shoveled a few hours earlier, after the snowfall had petered out. At the end of the path, in a small circular clearing, stood a two-foot-tall funeral pyre of twigs, kindling, and straw. Atop it, swaddled in a piece of floral-print cloth topped with pink silk roses, was the body of Trixim.

Briet stepped past Cade and stood beside the tiny pyre. She pressed her gloved fingertips to her lips and spent a moment looking verklempt.

Feeling awkward about the silence between them, Cade said, “The wood was easy to find. Most of it was in the barn, so it’s dry. Should light pretty quick.” Sensing that Briet still wasn’t up to speaking, he continued, “I checked what was left of the farmhouse. Found part of a window curtain. Used that for the shroud. Got the fake roses from a linen closet.”

Briet palmed a tear from her cheek. “You did all this for a rat?”

“Figured you’d want to say good-bye.” He reached inside his jacket’s front right pocket, pulled out his Zippo, and handed it to her. “When you’re ready.”

She declined his offer with a wave of her hand. “Thanks. Don’t need it.”

She faced the pyre and snapped her fingers. Fire sprang into being from its center. In a matter of seconds the wood and Trixim were consumed in tall orange flames.

They stood and watched it burn. Then she regarded him with more vulnerability than he had seen in another person since the death of his master Adair. “Thank you,” she said.

The fire crackled and launched sparks into the gray morning sky.

There are a lot of details about this scene that I love, from simple gestures of compassion, such as Briet awakening beneath Cade’s jacket as a blanket, to the accessories that he seeks out to preserve the dignity of her familiar, which was killed beside them in battle. Up until this moment, Cade had been coarse in his dealings with Briet, who he was unable to see as anything except an ex-Nazi. Now, alone with her in a moment of sorrow, he sees that she is more than the sum of her past evils. He sees that she is every bit as complex and contradictory a soul as he is, and that her pain is as real as his. This moment is the beginning of true rapprochement between wartime foes, the start of a new alliance that can lead to friendship.

And that, as it happens, is what The Iron Codex is all about: letting go of the past in order to embrace the future, and passing through sorrow in order to emerge stronger on the other side.