Cheryl Low is joining us today to talk about her new book Detox In Letters, the second book in the Crowns & Ash series. Here’s the publisher’s description:

Welcome to the Realm, where magic is your drug, your poison, and your only hope.

An illness is spreading through the city, marking the sick in mysterious letters scrawled across their skin. What is first thought to be madness reveals itself to be an awakening as residents rediscover themselves, their pasts, and their long-forgotten magic… things the Queen wants to remain buried. Things she will sacrifice her own children to suppress.

Mercy has never been a staple of the Realm. Treachery, blood, and magic steeps the city as the rebel leader, Red, seeks to topple the Tower, Princess Fay eyes her mother’s throne, and Prince Vaun must decide whether to submit to his mother’s terrible demand. 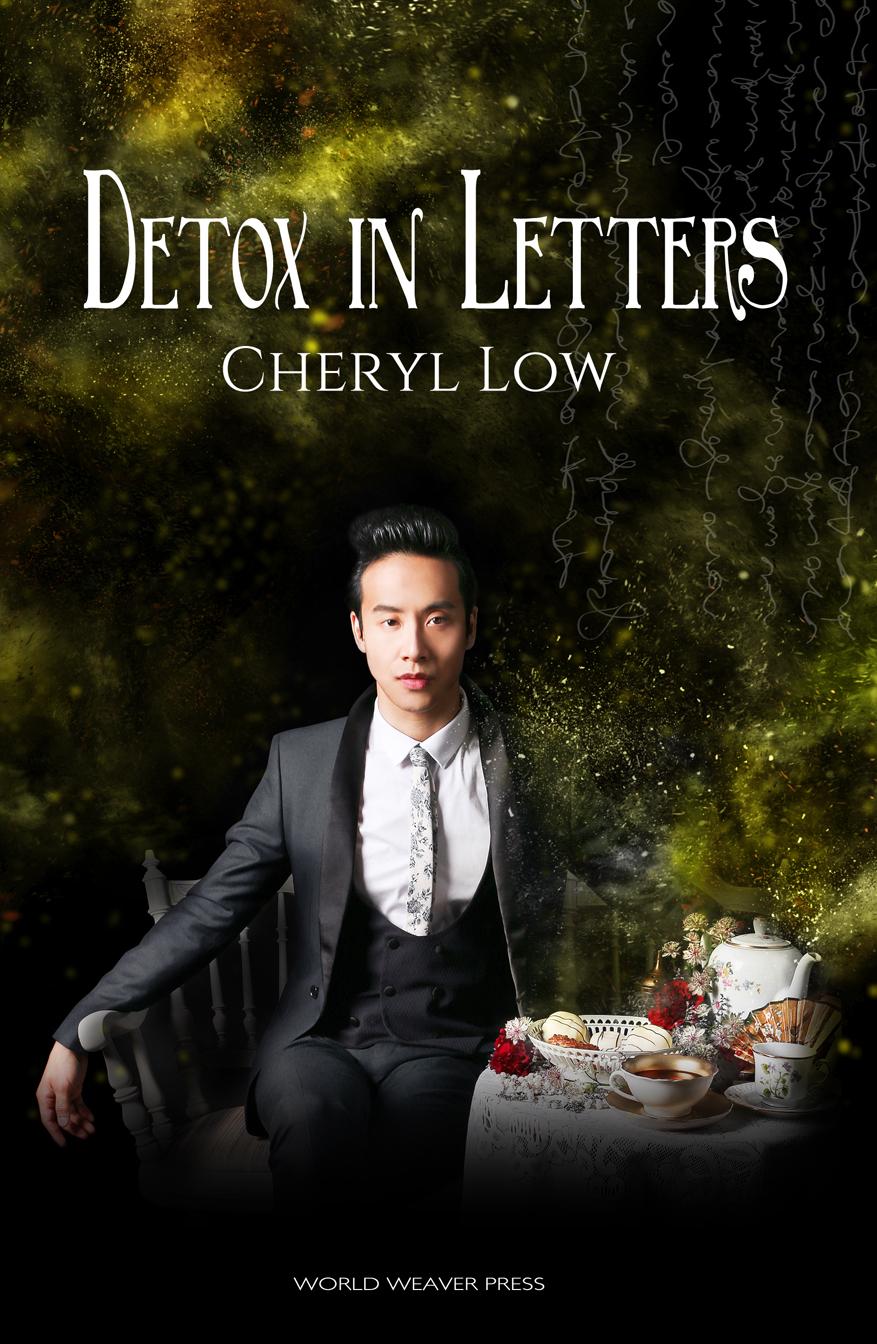 Detox in Letters is the second book of the Crowns & Ash Series and it was a delight to write! After setting up the world and the characters in the first book, this was where I really had the chance to dig in to the meat of the Realm and start the characters on their personal evolutions.

Fay Dray Fen is my favorite bit of Detox in Letters. She monopolized almost all of my favorite scenes in this book. She’s the princess of the Realm, completely rejected and ignored by her mother, but the single most powerful character outside the Queen’s Tower. She built her reputation into a legend, inspiring both adoration and fear from her people, but throughout the first book, she was still playing her role as princess and following the rules. She was bitter and spiteful. But, in a city where power makes the rules, her cage was very much her own construction.

Detox in Letters picks up almost six years after Vanity in Dust and Fay takes a much more active, antagonistic role against the Queen. As a princess of the Realm, she has almost no one above her and, recognizing the flaws of her city, she starts taking steps toward change. She devours information, tests her strength, and eyes the throne.

Even when the Queen takes notice, first warning and eventually attacking Fay for her disobedience and treason, the princess sees it all as a sign of her own strength and her mother’s waning power.

Rage rippled through her, surprise cutting to the bone. A hundred screams rang out, hands pulling at her waist but unable to move her from the monster’s path.

Fay’s fingers sank into rough fur, pressing into muscle until she felt the shape of bones. How dare it turn on her? How dare the Queen? She twisted her hands and a loud snap rang in her ears. A breath gushed across her cheek and a spray of blood wet her skin, flecking her hair. The weight of the wolf hung from the grip she had on its throat, suddenly very real. Its hind legs and tail went limp, dragging on the floor. The mighty head hung to one side, dangling as though only flesh and fur kept it attached.

She swung her arm down, just as quickly as she had brought it up, and threw the body to the floor. It landed in a heap, no longer the Queen’s ghostly thief of souls, but a very real, very solid beast at her feet. It had changed when she grabbed it, just before she killed it. She had killed a wolf.

The others growled, skirting along the side of the room but watching her uneasily. The tools of the Queen did not know what to make of a victim that refused to die.

Her mother had tried to kill her.

Fay clicked her teeth and stepped around the dead monster, toward the rest of the pack. They fled. They had a soul to bring back to the Queen tonight, but it wasn’t hers. It would never be hers.

Silence clung to the room, all eyes upon her. They gawked, minds reeling, unsure whether to lay their gaze upon the dead beast at her back or the princess that had killed it. And then the thunder above rumbled again and the wild patter of rain beat down against the rooftop, sweeping them into a rise of voices and footfalls as guests climbed down from tables.

Fay walked away from the wolf, waves of guests edging into the space she abandoned to get a closer look. They parted for her in the hall, all the way to the door.

“Wait!” Vaun called from her back, but she didn’t stop.

The doorman faltered at her advance, his throat bobbing when he swallowed and his shoulders pressing back under the weight of duty. He opened the doors because she showed no sign of stopping. The sound of the storm rolled in through the entrance, rain beating a violent melody outside.

“Fay!” Vaun caught her arm just as she reached the threshold, skirts swaying when his grip brought her to a stop. He grabbed her other arm, too, just above the elbow, holding her back to his chest with the dark night ahead of them. “You can’t go out. It’s raining. Everyone will see,” he whispered near her ear.

She considered shoving him away but the worry in his voice reminded her heart that it did not need a mother’s love. Instead, she turned just enough to look back at him. His face was no less pretty for all the dread and worry gathered there.

“Maybe the wolf went mad,” her brother speculated in an act of desperation. “She’s losing control. It could have slipped the leash.”

She touched his hand on her arm to peel away his hold. He let go. “Don’t fret, little prince.” Fay smiled as the shock and anger wore off. She had killed a wolf. “Everything has changed.”

CHERYL LOW might be a dragon with a habit of destroying heroes, lounging in piles of shiny treasure, and abducting royals—a job she fell into after a short, failed attempt at being a mermaid. She can’t swim and eventually the other mermaids figured it out. She can, though, breathe fire and crush bones, so being a dragon suited her just fine.

…Or she might be a woman with a very active imagination, no desire to be outdoors, and more notebooks than she’ll ever know what to do with.

Find out by following her on social media @cherylwlow or check her webpage, CherylLow.com. The answer might surprise you! But it probably won’t.