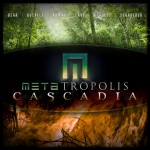 WOOT! Today is release day for the audio anthology METAtropolis: Cascadia. I love audio fiction and have been waiting to get my hands– er… ears on this for months now.  I’m happy on every release day, but there are some anthologies that I would anticipate and want copies of even if I didn’t have a story in it. This is one of those.

As the mid-21st century approaches, the Pacific Northwest has been transformed — politically, economically, and ecologically — into the new reality of Cascadia. Conspiracies and secrets threaten the tenuous threads of society. The End of Days seems nearer than ever. And the legend of the mysterious Tygre Tygre looms large.

You can check it out at METAtropolis: CASCADIA | audible.com AND they have really nifty extras, like the cast talking about the recording process.